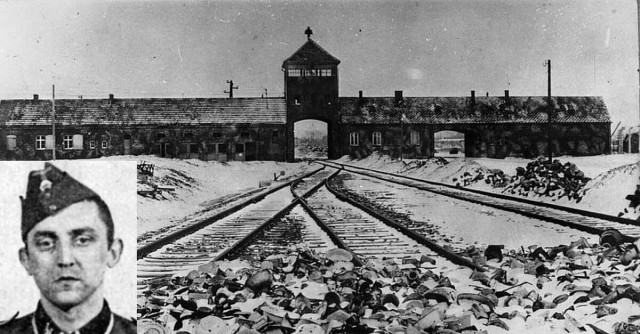 A ninety-five-year-old man is to stand trial in Rostock, Germany, charged with being an accomplice in the murder of 3681 people at Auschwitz Death Camp. The charge says that Hubert Ernst Zafke, who was a member of the medical staff when 15-year-old Anne Frank arrived at the camp in September 1944, knew that people were being murdered there.

It is alleged that Zafke was present when the murders mentioned in the indictment took place and that he supported the policy.

Originally planned as a Concentration camp, Auschwitz became the largest of Hitler’s Death Camps. These camps were designed and equipped specifically for the mass murder of Jews, once the notorious ‘Final Solution’ was adopted as an official Nazi policy.

The aim of the Final solution (now referred to as the Holocaust) was to exterminate every single Jewish person in Nazi Germany and its occupied territories, and those responsible for the Death camps set about their task with ruthless efficiency.

It is estimated that by the end of the Second World War, just under six million Jews had been killed in the death camps, of which one million were murdered in Auschwitz.  Ninety percent of all the Jewish people in Poland at the time have been killed in these camps.

Hubert Zafke was born in 1920 and joined the Hitler youth movement in 1933 when its membership was only around 100.000. Three years later there were over 4 million members.

When Hitler came to power, he made it clear that the movement existed to prepare German boys for military service, and girls for motherhood.

By 1939 Zafke, now 19, joined the feared SS. This branch of the Nazi organisation was headed by Heinrich Himmler, who hated Jews as much as Hitler. Members of the SS were required to prove that there was no Jewish blood in their ancestry, and they were taught that they were superior to all other human beings.  It was the SS that was made responsible for operating the Death camps.

Medical staff at Auschwitz did not necessarily have any formal medical training. They were often the people who loaded the gas chambers with the deadly Zyklon-B chemical that did the killing.

A previous trial, in which a former death camp guard was sentenced to five years in prison for being an accomplice to the murder of Dutch Jews created the precedent that it is not necessary for eye-witness corroborating evidence in these trials. Merely being present when the murders took place is sufficient for a conviction.

At the end of October 1944, Anne Frank was moved to Bergen-Belsen concentration camp where she died, probably of Typhus, early in 1945.