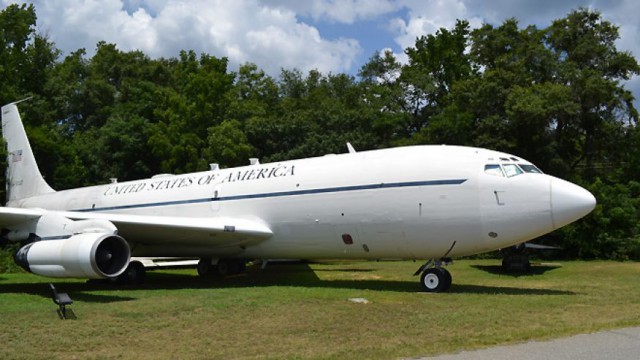 A historic Boeing 707 due to be scrapped is being rescued by military enthusiasts.

The Boeing 707 is owned by the Pentagon and has the words United States of America plastered across its body. It was used in both the first and second Iraq Wars, in Bosnia during the 1990s and in Afghanistan.

The aircraft was used by the US military’s top leadership and was specially built to enable them to discuss strategy and plan tactical maneuvers.

It is one of two planes built for transporting ‘Centcom’ the US military’s command unit. The Pentagon decided to scrap the plane, however an air force pilot who once piloted the aircraft and is now retired, has come to its rescue.

Lieutenant Colonel Gerald Roark is fighting to save the plane, but it is going to cost around $200,000 to keep the historic aircraft. Roark says he would like to see the plane rescued because of its long history with the US military and the significance of its passengers.

Roark works at an aviation museum in Bowling Green, Kentucky, called the Aviation Heritage Park. It is with the support of the Park that Roark hopes to save the plane and house it at the center.

Some of the top military names who flew in the plane include General Norman Schwarzkopf and General Tommy Franks. At the moment, the plane is located at Robins Air Base, Georgia, but the base cannot afford the maintenance costs of keeping the plane on display, the Fox News reports.

The Aviation Heritage Park has saved many military planes from being scrapped. However, it can’t afford to transport the plane to Kentucky since it would have to travel by road for over 400 miles, because the plane is not fit to fly.

The Boeing 707 is 144ft long and its wingspan is 130ft, so to transport it by road it will have to be dismantled into sections and then put onto huge trailers pulled by tractors. It would be a slow journey in order to make it to its new home, but if it gets there it would then be put back together, renovated and painted.

It was originally commissioned in 1961 and was used to support the Apollo space missions.

Everyone involved with the Aviation Heritage Park wants to contribute and help bring the Boeing to Kentucky, however the costs are so high it is unlikely to happen.