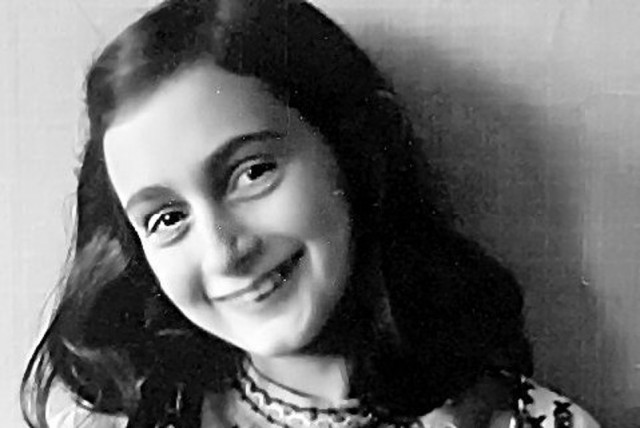 The story of Anne Frank, the thirteen-year-old Jewish girl whose family hid from the Nazis for over two years is well-known. The German-born Frank family was marooned in Amsterdam in 1940 when Germany occupied the Netherlands.

As Nazi persecution of the Jews increased, the family went into hiding. Otto and Edith Frank and their two daughters Annelie (Anne) and Margot occupied hidden rooms at Otto’s place of work. The entrance to the rooms was hidden behind a bookcase, and the Franks lived there in secret for a period of two years during which they were supplied with food and war news by a group of six friends.

On 4th August 1944 the family was arrested after an unknown informer betrayed their whereabouts to the Nazis. They were all taken to Auschwitz concentration camp, where Otto was separated from his wife and daughters.

Edith and the girls ended up in Bergen-Belsen concentration camp, where all of them subsequently died. Anne was just sixteen, and she died two weeks before the Allies liberated the camp. Otto survived the war and went back to Amsterdam. He remarried in 1953 and moved with his new wife to Basel in Switzerland. He died of lung cancer in 1980.

Most of that has been well-documented in films and books over the years. A less well-known fact, however, is that Otto Frank made strenuous efforts to take his family to America in 1940, once he realised that they were all in increasing danger.

Information from the YIVO Institute for Jewish Research has revealed how Otto made an attempt to obtain a visa for Cuba as early as 1938. Cuba was a favoured destination because people fleeing Nazi persecution could wait there until an American visa was granted.

By 1939, America was tightening its entry regulations, and in 1949 the Cuban government was told that refugees in that country would almost certainly not be granted entry to the US, the Chicago Tribune reports.

Otto Frank desperately tried to find a way through the administrative tangle, but he was in Amsterdam, and everything had to be done via a postal system that was by then under severe pressure – there was no internet in those days!

Finally, in 1942, and a month after Anne’s 13th birthday, the family went into hiding. What followed is history. Ann’s diaries survived as a unique record of how a young, intelligent girl grappled with the enormity of the events unfolding around her.