During World Wars One and Two tank manufacturing was big business. The British first referred to tanks as ‘landships’ and the government set up a committee during World War One to focus on developing their design and capabilities.

It was spearheaded by Sir Winston Churchill. The name changed to tanks when the British tried to conceal their intended use from spies, and they tried to suggest that the vehicles were just water tanks.

The tank was first used by the British at the Battle of the Somme in 1916. The French and British built thousands of tanks, while the Germans built just 20 since they were unconvinced that they would work.

In the interim war years tank design and technology improved and as World War Two loomed their production on both the Allies and German sides increased immensely. Factories across Europe switched from making regular vehicles or other goods to making tanks.

German tanks could not keep up with the capabilities and munitions of Allied tanks. However the Germans had one advantage – they fitted their tanks with radios so that they had far better attack coordination.

Meanwhile, the British 79th Armoured Division used a variety of tanks made for different uses including water-borne and mine-clearing. The British also used a large number of American-made tanks that were supplied under the two countries’ lend-lease agreement.

Once World War Two ended, tank production decreased, but it remains a stalwart of military weaponry. French General Charles de Gaulle once called the tank a “mobile crematorium”, while Time magazine called the war a war of obliteration by machinery. 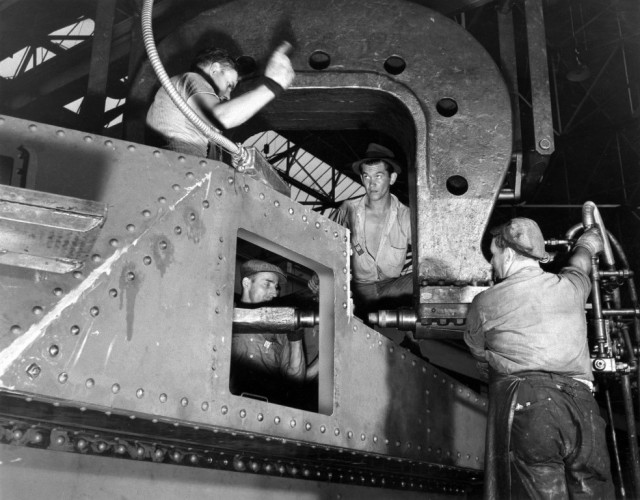 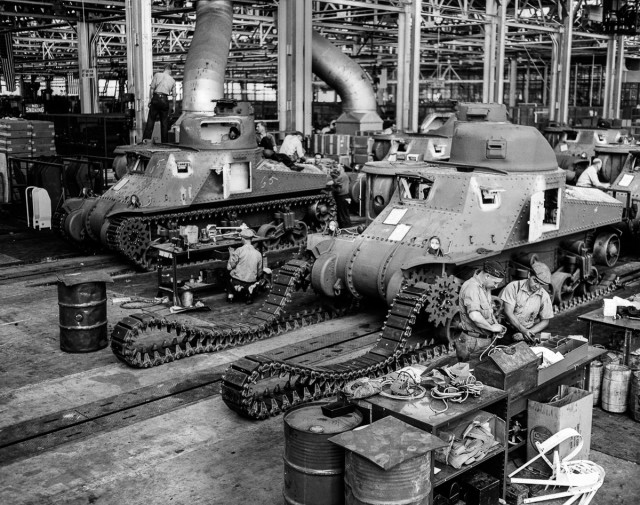 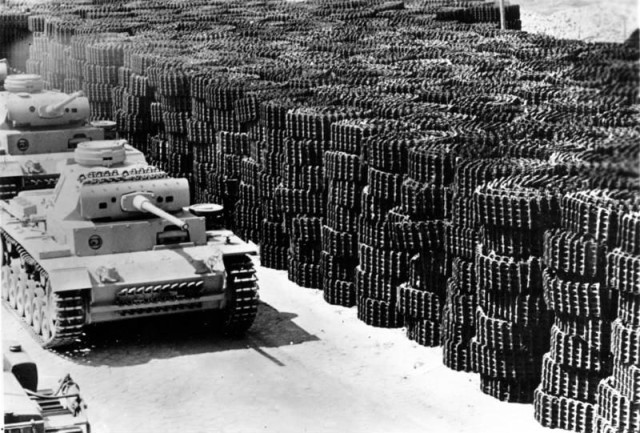 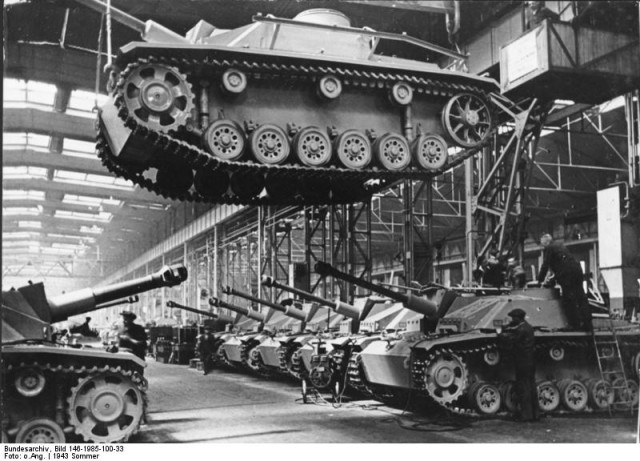 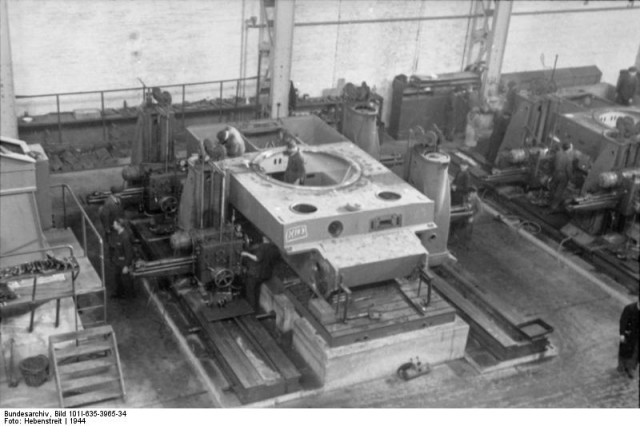 Tigers under construction. This hull rests on a jig (1944) 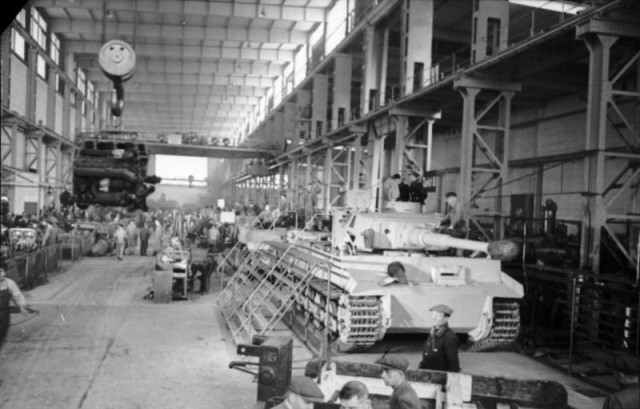