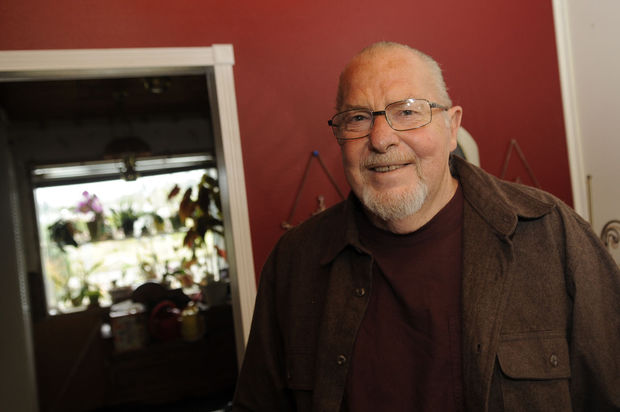 For Cold war veteran Robert Dewey, the military was more than a job – it was a family tradition.

Like so many other veterans of his time, Robert came from a vast military background. Both his father and his uncle served as merchant marines in World War II, delivering supplies to allied bases across the world.

Growing up with a father in the Marines meant that Robert was used to military-style discipline.  “I was brought up with a lot of strictness with my father, fair but strict. For me, the changeover to the military came pretty easy. For other people, who weren’t used to being told when to wake up and when to eat, it didn’t come as easy for to them.”

His childhood had prepared him mentally for life in the military, so it was no surprise that when Robert graduated high school in 1964 he immediately enlisted in the Navy. Those were tense times, during the Cold War, which many assumed would end in ‘mutually assured destruction’. It was Robert’s job as an ‘Ocean Systems Technician’ to identify enemy Soviet submarines potentially carrying nuclear weapons.

Utilising his Naval training in electronics Robert could identify a specific submarine, its captain, and its port of departure – all from a single sound.

“The Soviets were probing as close as they could to the United States. It was a game of cat and mouse out there, and sometimes the hunter became the hunted.”

Despite the immense responsibility of his job and the imminent pressure of Cold War devastation, Robert maintains that a career in the Navy is as rewarding as it is challenging.  “It wasn’t work. It was a productive job that I enjoyed going to every day. Because I knew I was doing something special for America, which is the most important thing as far as I’m concerned.”

Throughout the course of his 22 year career Robert was stationed in Puerto Rico, the state of Washington, Newfoundland, Key West, Guam, and lastly, Coos Bay where he finally settled with his family.

“In the military things could be tight – it doesn’t pay you like a CEO or anything. There were struggles, but we made it. And now we get the benefit of it, just being retired together. That’s something people don’t mention a lot”

For Robert Dewey, family was everything.  It was family that inspired him to join the Navy in the first place and, as his advice indicates, it was the support of his family that kept him strong through a stellar career, The World reports.

“Remember to work hard, enjoy your life, enjoy being together, and just love each other deeply. That strength will get you through almost anything.”