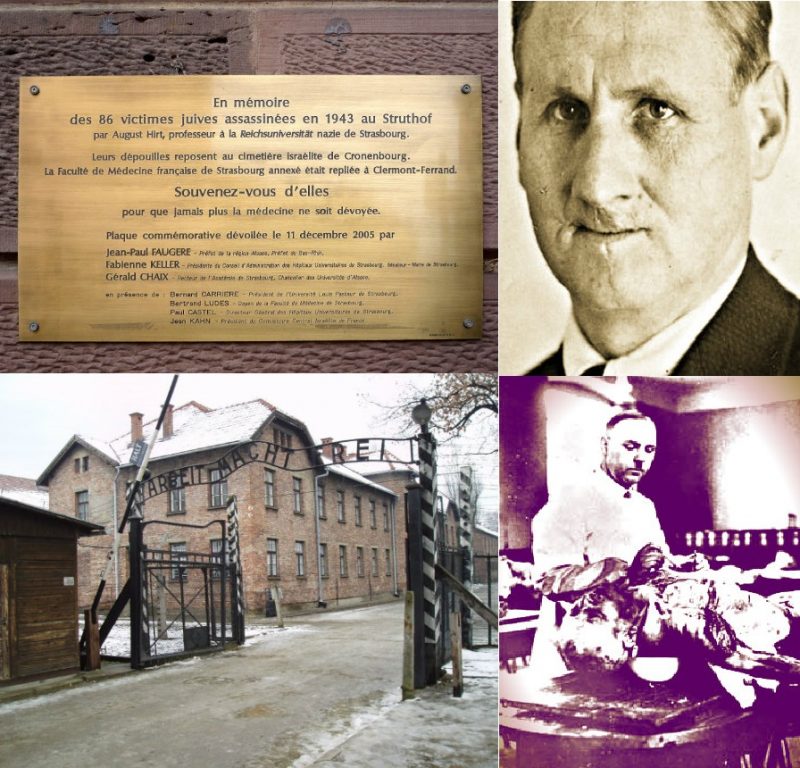 86 remains of Holocaust Jews used in Nazi human experiments were discovered in a forensic medicine institute in Strasbourg in eastern France recently.

These 86 remains were of Jews who were sent to the gas chambers during the Holocaust. Accordingly, the bodies were then brought from the German concentration camps to Strasbourg for Nazi human experiments conducted by August Hirt, a member of the Nazi party and an anatomy professor.

At the time of the discovery, some of the 86 remains were intact while the others burnt and dismembered.

Initially, it was believed that the bodies of the Holocaust Jews used for Nazi human experiments in the said city had been buried in a common grave way back in 1946 following its liberation two years earlier.

It was historian Raphael Toledano who discovered that there were still remaining Holocaust Jews’ remains used for the countless Nazi human experiments in the institute seven decades after the second global conflict.

The historian – along with the institute’s director, Jean-Sebastien Raul – identified the discovered remains including a “jar of skin fragments” taken from a gas chamber victim.

Reports went on to say that there were also test tubes which contained intestines and stomach found.

These remains were said to have been preserved by Camille Simonin, a forensic professor working in the institution, for the investigation of the war crimes of SS Captain August Hirt.

As a matter of fact, it was Simonin’s letter, dated 1952, that gave Toledano the idea about the location of the remains used for the Nazi human experiments during the war. The letter mentioned about “jars containing samples taken in the course of judicial autopsies carried out on the Jewish victims of the Struthof gas chamber”.

Additionally, a statement regarding the discovery of the remains used for Nazi human experiments said that the labels on each piece indicated to the register 107969. This number matched a number tattoo given to a certain Menanchem Taffel, an Auschwitz Camp inmate and one of the 86 victims.

As of now, the local authorities of the French city are planning to return the discovered remains to the city’s Jewish community to be buried at the Cronenbourg cemetery.

Anatomy professor August Hirt was an SS captain. During the Second World War, he served as a chairman at the Reich University in Strasbourg. It was this time when he, along with other Nazi experimenters, collected human remains from the Auschwitz Camp to be used in Nazi human experiments as well as in preparation for an anthropology exhibit in the university.

Hirt committed suicide before he could be tried for war crimes in 1945.