Nuclear weapons are the most feared and revered weapons in history. Scientists have come up with many different ways to deliver them from the ridiculous to the excellent. 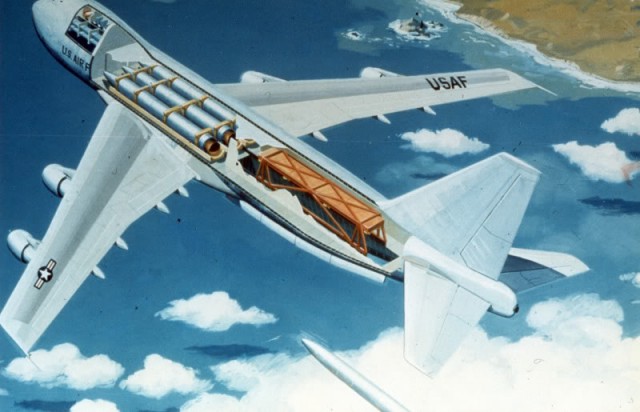 The Airborne Inter Continental Ballistic Missile (ICBM) launcher was developed by a design engineer who came across designs for an ICBM launcher that could fly and was made from a renovated jet liner. A patent application was made, but a jet liner that launches nuclear weapons has never been fully developed.

NASA’s Marshall Space Flight Center has designed a nuclear-warhead-carrying spacecraft, to be launched by the US agency’s proposed ‘s Ares V cargo launch vehicle, to deflect an asteroid that could threaten all life on Earth. 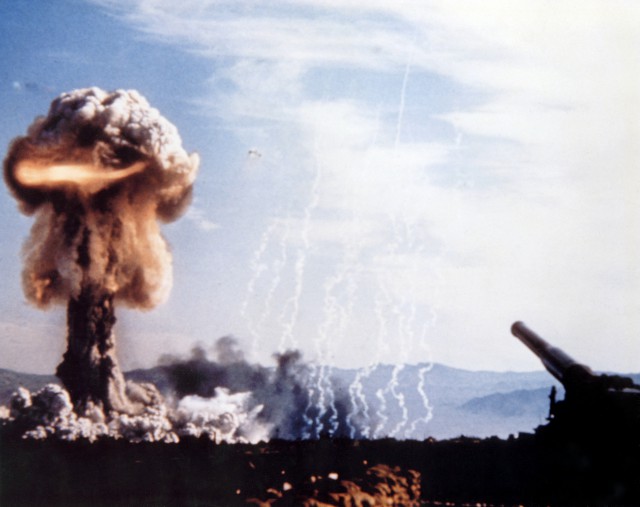 The Atomic Annie was a nuclear field cannon and could fire a shell of nuclear munition to 20 miles away. These weren’t mass produced and it was only tested one time in 1953.The cannon featured in President Eisenhower’s  inaugural parade the same year.

Atomic land mines were developed for espionage missions so that the bombs could be left within enemy territory. They weighed around 400lbs and were difficult to transport. However a smaller version was developed weighing just around 160lbs and could be carried in a case. 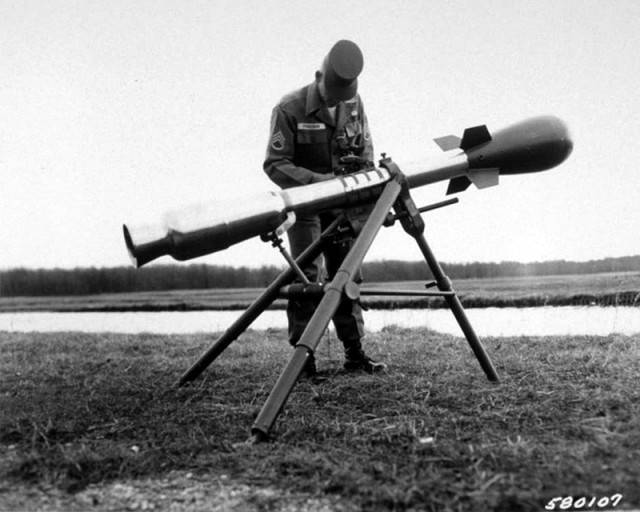 The Davy Crockett is a nuclear rifle that is recoillessand could be used on normal battlefields. Lighter than any other nuclear weapon, it could reach up to 2.5 miles. However this meant that the soldiers firing it could also be at risk of radiation. Over 2000 were produced from 1956 onward and it was used up until 1971, the Mother Jones reports. 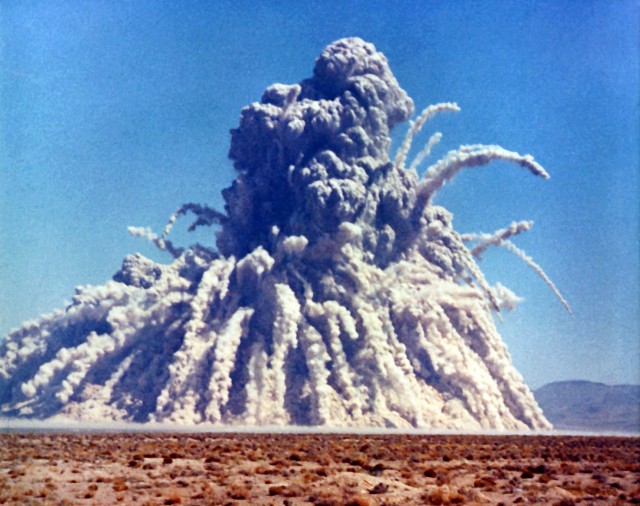 Operation Plowshare was a project that developed underground nuclear tests which left massive craters in the earth. An industrialist believed it would be an ideal way to move large amounts of earth and plans begun to use it to create roads, widen rivers and access natural resources. Almost 30 bombs were detonated in the 1960s. 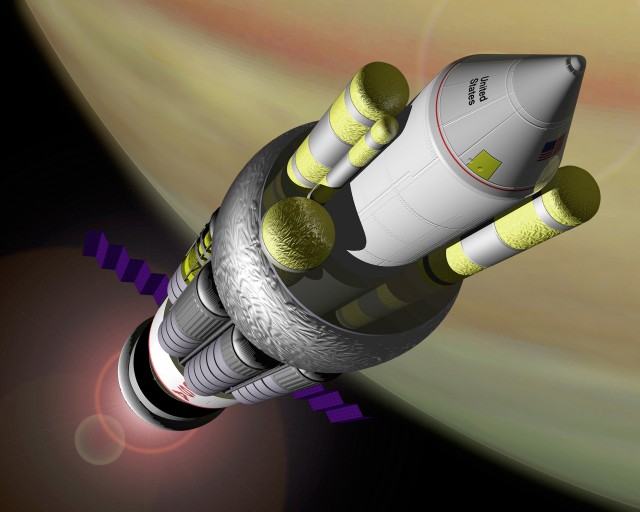 Project Orion was a space project that would send a rocket ship into space using 800 atomic bombs to launch it. NASA thought about using it to power a manned mission to Mars. However the Nuclear Test Ban treaty was put in place and the project was not possible.

Prompt Global Strike was a project that the Pentagon developed under the leadership of Defense Secretary Donald Rumsfeld. It was based on ICBMs which could deliver non-nuclear weapons anywhere within a moment. It didn’t involve nuclear weapons, and would cause a problem with the détente with the Soviet Union since it could not be differentiated from regular nuclear weapon.