From 20 November 1945 until 1 October 1946 a series of military tribunals, called the Trial of the Major War Criminals, was held by the Allied forces in the German city of Nuremberg.

There were 12 additional Nazi war crimes trials at Nuremberg from 1946 to 1949. These lesser-known Nuremberg trials were also concerned with various war crimes and crimes against humanity and focussed on the prosecution of industrial figures (slave labour), doctors (human experimentation), those involved with ‘racial cleansing’ as well as military figures (executions, hostage taking, imprisonment, torture, deployment of mobile death squads) and government ministers. 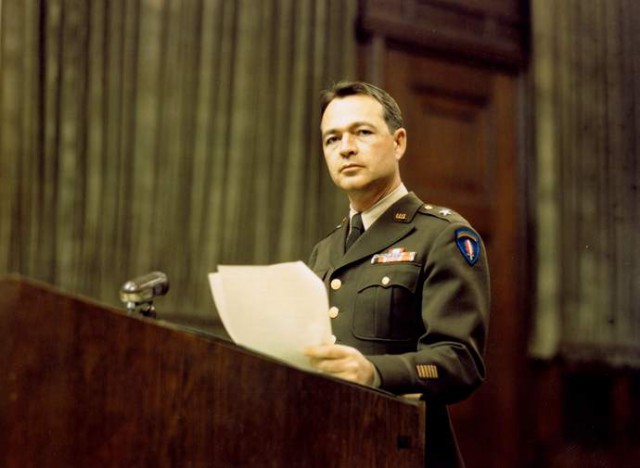 The indictment accuses these men of major responsibility for visiting upon mankind the most searing and catastrophic war in human history. It accuses them of wholesale enslavement, plunder, and murder.

—Telford Taylor, Counsel for the Prosecution at the Nuremberg Trials, From the opening remarks of the IG Farben Trial in 1947

Other war crime trials included the Dachau Trials, held within the former concentration camp, for war crimes against American citizens and military personnel.

In all trials, Nazi war criminals were convicted of monstrous acts against humanity, yet some served only a few years before their sentences were commuted or they received pardons for economic or political reasons to do with the Cold War.

Here are 8 who received relatively lenient punishments or had their sentences commuted. 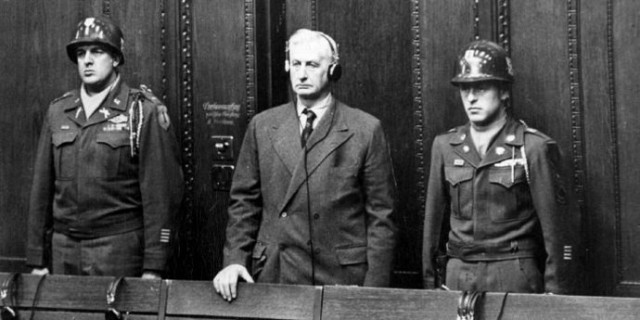 Head of Flick KG, Friedrich Flick was sentenced to 7 years (including time served) for war crimes and crimes against humanity, including enslavement of civilians in occupied territories and concentration camps, and the plundering and seizure of industrial plants. After his release Flick became the richest person in West Germany during the Cold War and largest shareholder of Daimler-Benz.

In 1948, board member of chemical conglomerate IG Farben Fritz ter Meer was sentenced to 7 years imprisonment for looting and enslavement at Auschwitz. He was released in 1950 and became chairman of Bayer AG (formerly part of IG Farben) in 1956.

The head of Krupp Industries, Alfried was sentenced to 12 years and the forfeiture of all property for crimes against humanity, such as slave labour and child slavery. After 3 years, John J. McCloy, American High Commissioner for Germany, arranged for his pardon and the return of his property. 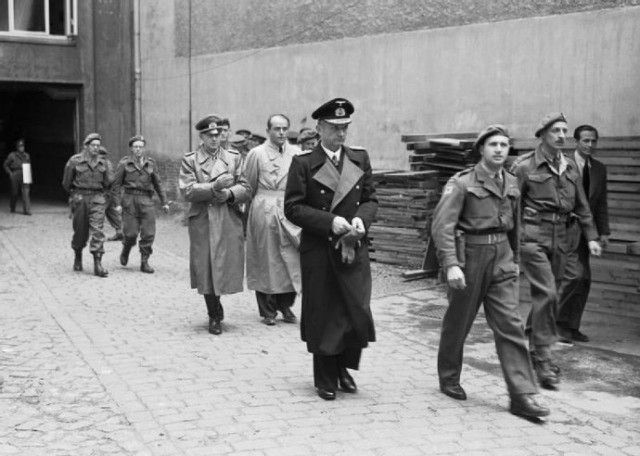 Commander of the Nazi Navy and briefly President of Germany, Dönitz was found guilty of engaging in wars of aggression and war crimes, including unrestricted submarine warfare. He was sentenced to 10 years. Unrepentant for his crimes, he became a successful author after serving his sentence, received a captain’s pension and lived to the age of 89.

Graham is an editor and contributor at Made From History. A London-based writer originally from Washington, DC, he holds a master’s degree in Cultural History from Malmö University in Sweden. Graham also contributes environmental news articles to asiancorrespondent.com and latincorrespondent.com.

You can read the rest of the list Via www.madefrom.com