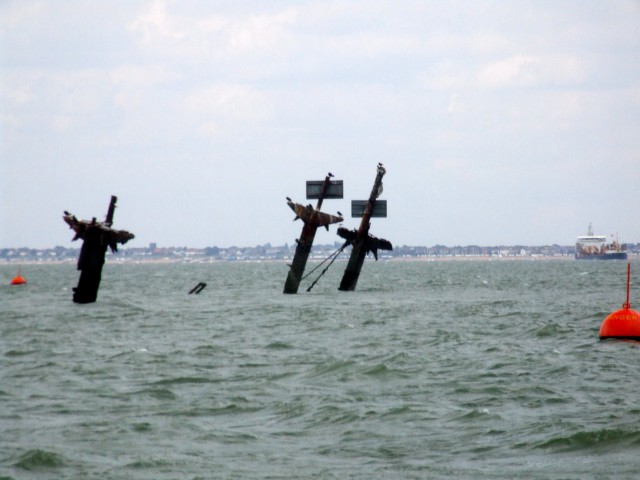 Sheerness port, situated on the Kent coast in South-east England covers an area of more than 1.5 million square metres.  The busy port was previously a Royal Naval dockyard and was taken over for commercial use in 1960.

It is one of the largest foreign car import points in the UK and is also the nation’s largest fresh-fruit terminal. There is a roll-on, roll-off facility that handles exports to West Africa and the Mediterranean region. Some 11,000 people live in the nearby town of Sheerness, many of them working in the port area.

There is one problem, a sunken WWII ship loaded with bombs can go off at any moment, wrecking the harbor and everything in it.

In August 1944, a ship departed from Hog Island, Philadelphia loaded with munitions. The SS Richard Montgomery was a US Liberty ship, bound for Sheerness, where she would wait to join a convoy taking essential supplies to Allied forces in France.

The iconic Liberty ships were specially built, to a design originated in Britain and modified in America, for carrying bulk cargo. More than 2700 of these vessels were constructed by 18 US shipyards between 1941 and 1944 – the largest number of ships ever built to a single design.

Just over a year after she was launched, the Richard Montgomery arrived off Southend at the mouth of the Medway estuary and was ordered to proceed to an anchorage to await the arrival of the rest of her convoy to France. 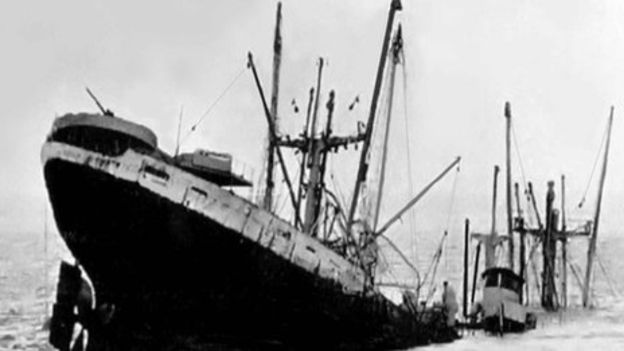 On 20th August 1944, the ship dragged her anchor and ran aground in 24 feet of water. As the tide ebbed, she was left stranded on a sandbank about one and a half miles from Sheerness. Three days later, a salvage company began to offload the Richard Montgomery’s cargo, and the following day a large crack appeared in her hull, allowing seawater into the ship. Work continued, but by 25th September it became too dangerous, and the ship was abandoned.  She has remained there ever since.

Today, the Richard Montgomery lies in 49 feet of water and has broken into two huge parts. Her masts are visible above the surface and have notices affixed, warning of the danger of high explosives. There is a 500-metre exclusion zone around the wreck.

Using sophisticated 3D sonar imaging technology, scientists have determined that approximately 1,500 tons of high explosives still lie in the hull. Exposed to seawater, the explosives could detonate, and it has been calculated that the resulting explosion could devastate the nearby port and the town of Sheerness.

The wreck is closely monitored, however, and the current risk level is rated as ‘low’.