After being invaded by the Germans on May 10th 1940 and the surrender on May 15th 1940 the Netherlands faced 4 grim years of occupation. 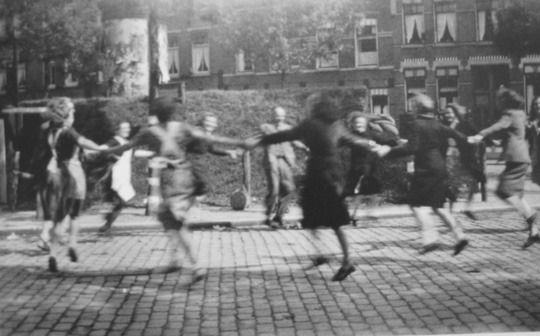 Dolle Dinsdag celebration (5 September 1944) at Willebrordusplein, Rotterdam which was not to be liberated until May 1945, via Wikipedia.

Before the Allies had entered the mainland Netherlands, Dutch Prime minister Pieter Gerbrandy who was in exile, announced the liberation of his country in a radio broadcast. This news spread like a wildfire and people took to streets up and down the country celebrating and ready to welcome their saviors, who obviously did not arrive. There was an upside to this false announcement; a large number of NSB (60,000 out of 100,000) fled to Germany anticipating an Allied takeover. NSB was a Dutch political faction that fully collaborated with Nazis to ensure their control on Netherlands. 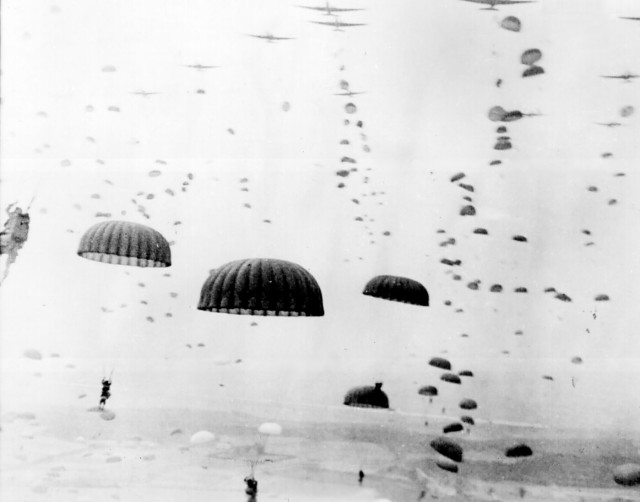 The liberation of Netherlands form Nazi occupation was a strange affair in WWII. There was not a single operation, rather a strategic coordination of operations lead to the successful liberation. The operation started with American troops liberating the Zuid-Limburg province. While Allies launched the biggest airborne attacks to cross the Rhine at Arnhem, the Operation was named ‘Operation market Garden’. Even though a large part of the Southern half of the Netherlands was liberated the operation failed due to unexpectedly heavy German resistance at Arnhem.

The northern half of the country had to wait until April and May 1945 before finally being liberated. 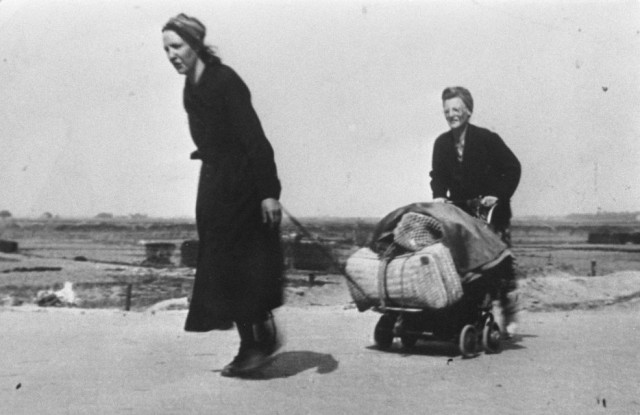 A Railway workers’ strike, to facilitate the ongoing Allied operation at Arnhem, angered Germans who blocked the supply of all food and fuel to big cities of Western Netherlands. This, during a spell of extreme cold, brought hunger throughout the big cities in Western Holland. People went on food marches and walked up to one hundred kilometers looking for food. By the end of the occupation the hunger winter had resulted in 20,000 deaths due to starvation and deprivation.

In late April 1945 the allies dropped food from bombers in the western half of the Netherlands to alleviate the food shortages. 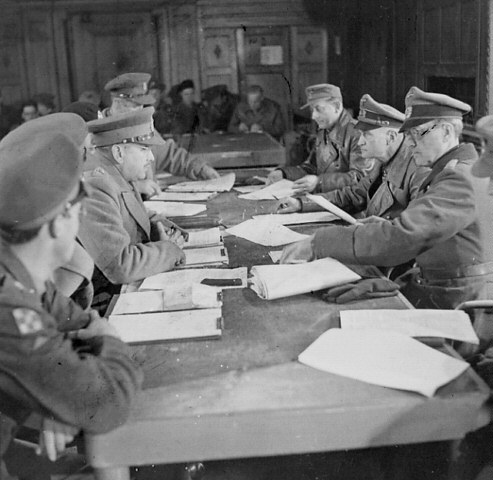 Signing of the Surrender agreement by General Blaskowitz, via Wikipedia.

On May 5th German troops decided to meet their enemies at the negotiation table in order to discuss the German capitulation in the Netherlands. The meeting with Canadian General Charles Foulkes and Dutch Prince Bernhard (consort of the future Queen Juliana) was held at a hotel called De Wereld, literally meaning The World.

Although this meeting marked the ‘Day of Liberation’ for the Netherlands, the actual document was signed the following day just outside Wageningen but backdated to the 5th.

Dutch women particularly liked well-fed and attractive Canadian troops and wrote songs about them. One of the popular themes was ‘Trees heeft een canadees’ meaning ‘Trees fell in love with a Canadian’. Later in the days these women were deemed prostitutes and were accused of living off the black market of Canadian chocolate and cigarettes. 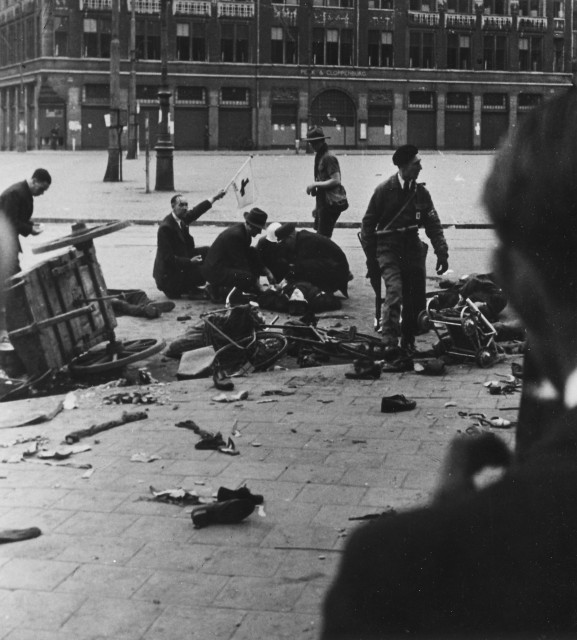 May 7,1945 saw the celebration and parties across the city of Amsterdam. People took to the streets but they were not as safe as people might have imagined. German troops holed up in a building overlooking the Dam [square] opened fire on the mass of celebrating Dutch civilians, killing at least 22 people on the brink of liberation. 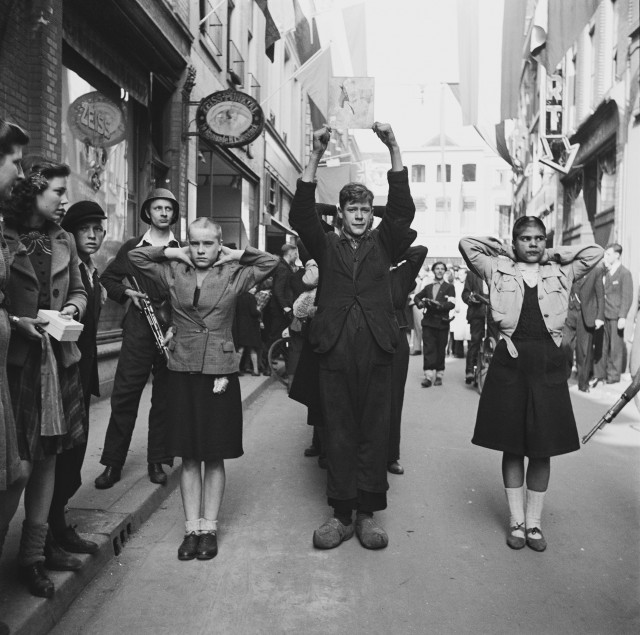 Although the government in-exile had announced a law to deal with the collaborators after the liberation. But after Germans surrendered, the justice carried out was very chaotic and showed the anger and frustration of government over the German behavior during the occupation. A significant number of collaborators was killed or hanged in newly liberated Netherlands. Women who had relationships with Germans were publicly humiliated with their hairs shaven off.

Another bitter outcome of the Nazi occupation of Netherlands was the unwelcoming environment towards Jews who returned home after surviving certain death. Many Jewish people returned to their country only to find out that their homes and possessions had gone. The unwelcoming environment had nothing to do with anti-Semitism, experts suggest it was an outcome of a bitter, long and hunger stricken occupation by the Nazis that everyone had their own problems to cope with. 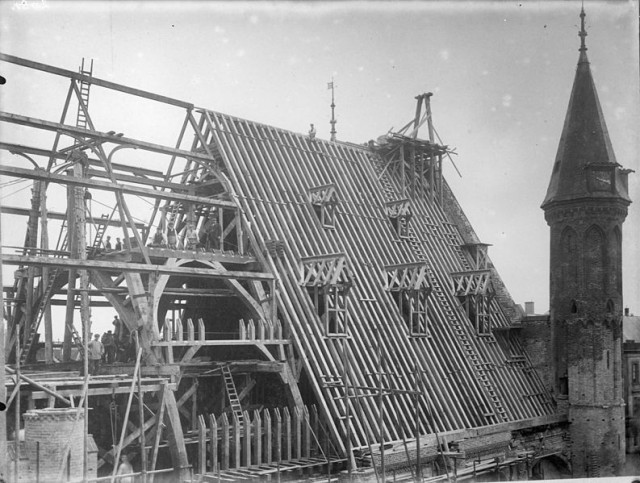 A large-scale reconstruction plan was put out, called ‘Wederopbourw’ in order to rebuild the towns and cities destroyed during the war. Some of the largest cities like Nijmegen, Arnhem, and Rotterdam saw fiercest battles and or bombing and most of the infrastructure was gone and needed a full reconstruction. A lot of this work was carried out by German POWs in Netherlands, the Dutch News.nl reports. 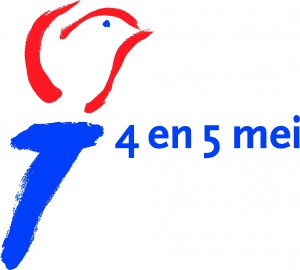 One of the most significant and celebrated commemorative days in Netherlands are May 4th and 5th.

May 4th is regarded as the day of commemoration for those civil and military personnel who perished since the outbreak of the war. A two-minute silence is observed at 20.00 in all of the Netherlands to respect the fallen.

May 5th marks Liberation day where the Dutch celebrate the end of Nazi occupation of Netherlands. A torch is lit just before midnight and is carried around the country by sports figures, along with celebration and events held up and down the country.