Stanley Kubrick’s ‘Full Metal Jacket’ is probably, of all Vietnam War movies made, the most influential. It’s an iconic movie with a huge fandom.

The US Marines found a recruiting mechanism in the form of the sadistic Sgt. Hartman, played by R. Lee Ermey.

There was so much drama behind the scenes that occurred and information from the original book that was skipped in the movie, that we can garner facts that you probably don’t know about this film.

Here are our Top Ten Facts! 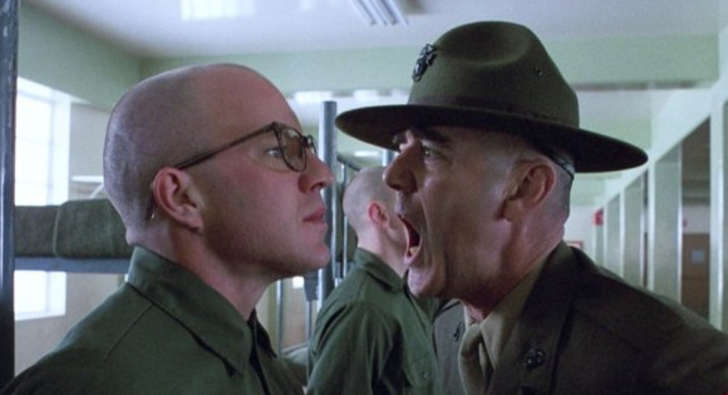 1. The novel is better. Like most movies, the novel is considered better than the movie. Gustav Hasford aka ‘the real Joker’ wrote ‘The Short Timers’ and used his personal Vietnam experience to help create this book. He served with the 1st Marine Division as a Marine Correspondent whilst there. The book was released in 1978 and it was hailed as ‘the best piece of fiction about the Vietnam War’ by Walter Clemons of Newsweek. The movie was restricted in what it could sensibly show, to a mainstream audience, so that a good portion of the novel (namely the macabre brutality that occurs in the final section) didn’t make the cut. 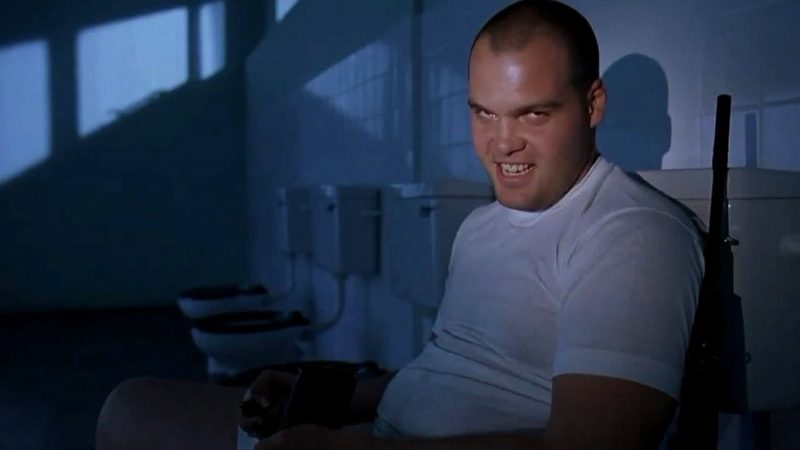 2. Michael Herr, a civilian correspondent, shares a credit for screenwriting with Kubrick and Hasford. Herr penned ‘Dispatches’ and is a memoir that covers his time that he worked for Esquire as a correspondent from 1967-1969. The bulk of metal Jacket is taken directly from Hasford’s novel, however, a lot of the dark comic dialogue that is used is taken from ‘Dispatches’. An eerie thought when you consider this book is non-fiction. 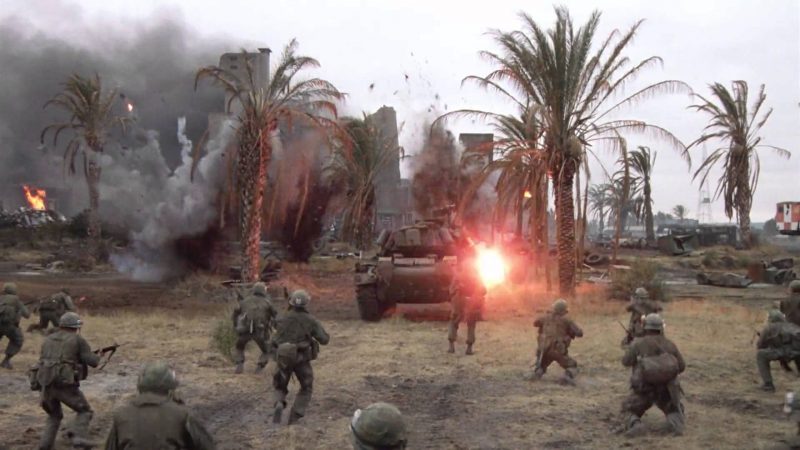 3. Both novels ‘The Short Timers’ and ‘Dispatches’ feature a psycho door gunner scene. There are two possibilities here; either this idea was taken from ‘Dispatches’ or there were plenty of real psycho door gunners in Vietnam on Marine helicopters. We favor the latter view since the similarities of the scenes are minimal and have vast differences. For example ‘The Short Timers’ psycho gunner smokes weed and sports a Hawaiian shirt whilst merrily gunning down Vietnamese farmers below him. 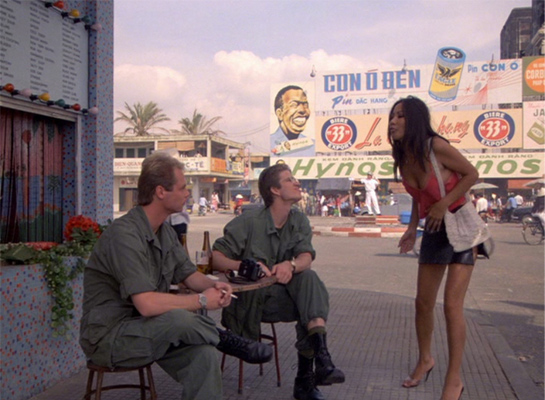 4. ‘The Phantom Blooper’ was a sequel novel to ‘The Short Timers’ that Hasford penned. In this follow-up novel, Hasford is a Prisoner Of War for a year in a village in the Vietcong. He eventually ends up sympathizing with his captors. Once released from the camp he becomes an enemy of his government and the War. There were plans for a third book, unfortunately a few years after ‘The Phantom Blooper’ was published Hasford died. 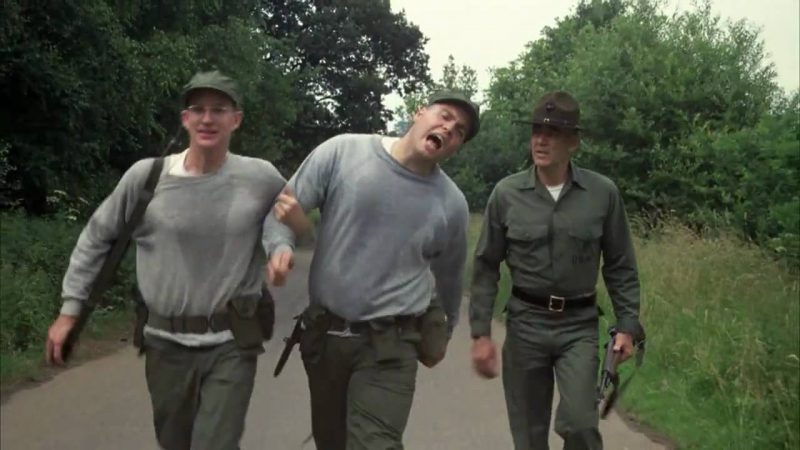 5. The ‘born to kill / peace symbol’ scene was taken from a short story that was written in community college by Hasford following the War. This story was named ‘Is that you, John Wayne? Is this Me?’ 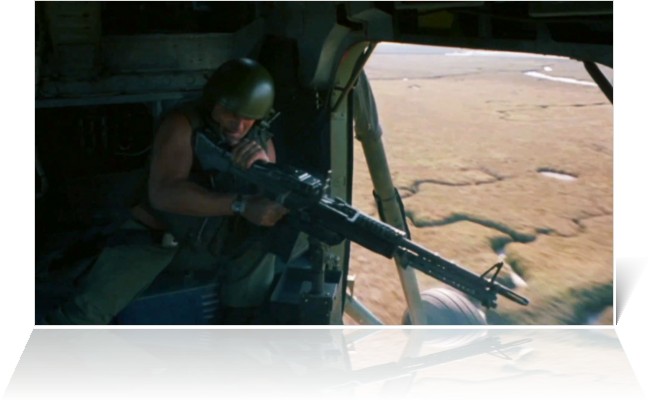 6. Hasford named Ermey ‘a ****ing pogue lifer’. Ermey was hired by Kubrick to be a military technical advisor for Full Metal Jacket. This was due to Ermey having Marine drill instructor experience, this meant Ermey was recast as Gunnery Sgt. Hartman; a now iconic role. Hasford had been pushing for Dale Dye, a friend of his, to be given the role of technical advisor. Once Ermey was given the job, Hasford then slated him as being part of the pro-war propaganda machine for the Marine Corps. Hasford was known to have a nasty streak that showed in letters that he penned to Kubrick or anyone else he felt wronged by. 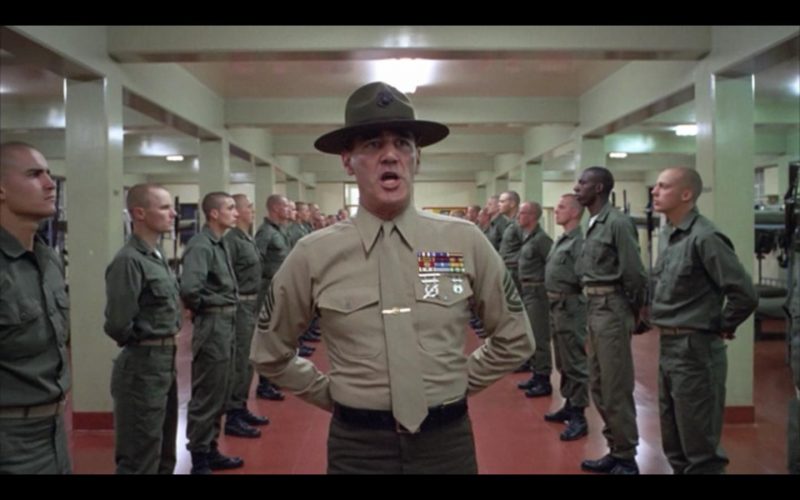 7. Kubrick attempted to screw over Hasford by not giving him a screenwriting credit and therefore offering Hasford far less money. A letter that Hasford penned to his friend in 1985, Grover Lewis, explains: (July 14—return address c/o Michael Herr) … Here in London the Great Movie Wars … are going hot and heavy. The situation is very complex, but the basic issue is one of screen credit. I’ve pretty much written Stanley’s movie and Stanley has added a few minor things, but essentially the screenplay is by me. But Stanley wants to give me an “additional dialogue” credit … He threatens to pull the plug on the whole thing. Meanwhile, I am refusing to sign my screenwriter’s contract. 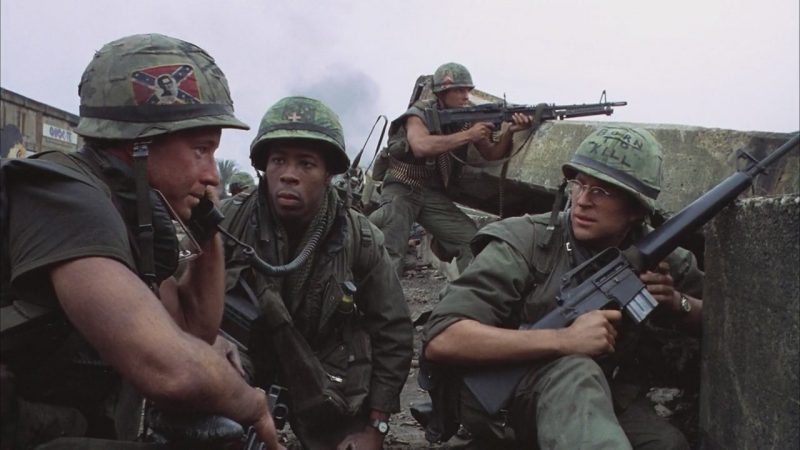 8. This battle between Hasford and Kubrick played out and Hasford won this one. This ended up being a battle that lasted for a year; Hasford was persistent even when friends advised him that he stood little chance when fighting with one of the most beloved filmmakers of America, not to mention Kubrick’s supporters. Nevertheless, Hasford refused to give ground and won. A letter penned to Grover Lewis following this struggle: (May 20—from Perth) … In the cynical world of L.A., where show biz deals are conducted in the back alleys of cocktail parties like self-parodying out-takes from a comedic film noir, you might want to interject this lively note … I won my credit battle with Stanley, I beat Stanley, City Hall, the Powers That Be, and all of the lawyers at Warner Brothers, up to and including the Supreme Boss Lawyer. As a little Canuck… friend of mine would say: I kicked dey butt.

9. Full Metal Jacket was shot in England. By some magic Kubrick actually passed England off as Vietnam.

10. The upward POV camera shot is a visual calling card used by Kubrick. This shot is used in the back half of the movie. This scene shows survivors of the Lusthog Squad standing over their fallen brothers and saying a few words. You can see this calling-card shot in Kubrick’s other movies – watch for this in ‘A Clockwork Orange’, ‘The Shining’ and other movies by Kubrick.