In the late evening hours of January 30, 1968, the Vietnamese New Year began. This annual celebratory event, known as Tet, signaled the coming of more than just a new year and a new beginning for the people of Vietnam. As soldiers descended on U.S. encampments, bombs and gunfire rained down upon the American Embassy, and countless members of the military were taken prisoner or gunned down, the Tet Offensive signaled a changing tide in the Vietnam War upon that very evening.

Today, the Tet Offensive of early 1968 is known as one of the largest military efforts of the Vietnam War, a successful surprise attack conducted by the Viet Cong and the North Vietnamese People’s Army of Vietnam. The Vietnam War was an incredibly contentious time in both American and Vietnamese histories, and the Tet Offensive adds only further complications to the stories and moments of the war.

Still today, there is debate as to which army truly won the attack, and which side took control once the surprise wore off. So, who is to take the title of the victor in the aftermath of the Tet Offensive? Did the North Vietnamese exact the damage and destruction they hoped? Or do the U.S. and South Vietnamese forces lay claim to the victory?

Although the Tet Offensive began with the start of the Vietnamese New Year, the military effort lasted well beyond a single evening. That first blow, that first series of sudden and unexpected attacks, launched attacks that kicked off a massive military operation planned by the North Vietnamese forces.

The detrimental effects were immediate: as the operation kicked into its full scale on the morning on January 31, the U.S. and South Vietnamese were unable to establish a widespread defense, and the People’s Army of (North) Vietnam (NVA) launched 80,000 troops into over 100 towns. Stunned by the unexpected attacks, the non-communist forces immediately lost control of several important locales and cities.

The element of surprise was truly used to great advantage in the Tet Offensive. The North Vietnamese attacked with zero expectations, and zero warning, awarding them the freedom to inflict great damage and significant terror before their enemies could respond. Within just a few hours, the Vietcong forces laid siege to countless Southern strongholds – all of which were weakly defended at the time.

However, this New Year’s strike was not as effective as it appeared; though the initial attack lasted six hours, it ultimately proved inconsequential in terms of military advantage in the larger scope of the Vietnam War.

Instead, ARVN and the leaders of North Vietnam discovered that their sneaky and strong surprise attack spelled something of a disaster in the later months.

Though the U.S. and South Vietnamese armies were temporarily stunned into immobility and inaction, their defeat was not as imminent as many believe. In fact, the losses were brief – within days, the two allies had regrouped and responded to the surprise attack. Soon thereafter, the Americans and the South Vietnamese retook control of the cities lost. The forces developed a defensive strategy quickly, fighting back against ARVN and inflicting many casualties upon their opponent.

Not all accounts of the Tet Offensive were positive, however. Although the U.S. and South Vietnamese forces retook control of all that was attacked by the North, those listening and watching reports from oceans away did not know that these forces saw success – they did not hear how, though losses occurred, the militaries were quick to regain it all.

Instead, media outlets in America reported success only of the North Vietnamese forces, relaying scenes of burned encampments, destruction in cities, and an embassy in ruins. As a result, public opinion in the U.S. believed that all was lost in Vietnam.

It was that perception, that harmful presentation of the Tet Offensive, that ultimately led the American leadership to withdraw its forces and leave South Vietnam to fall on its own. 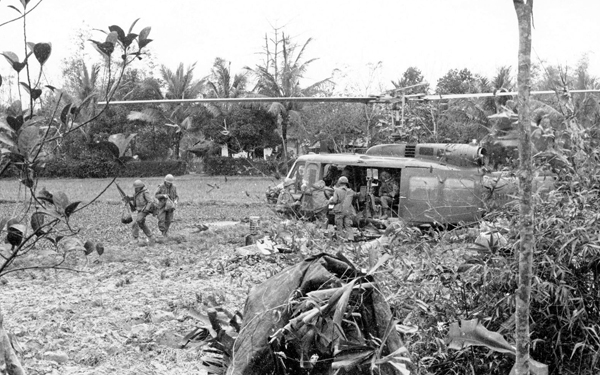 As American historian James J. Wirtz remarks of the Tet Offensive, this moment in the Vietnam War was “an earth-shattering, mind-shattering event that changed the course of the war.”

Though the North Vietnamese forces had high hopes for their surprise New Year’s attack, they did not manage to achieve the incredible victory they initially sought – the battlefield remained unchanged, and the Communist forces were quickly halted in their efforts. However, they did make gains in one particular area: the will of the U.S. and its people.

When the North Vietnamese began planning their attack, their goal was to force the American military to change its strategy, to de-escalate their war efforts and give up hope. And, because the Tet Offensive did make those at home in America believe that there truly was no end to the losses in Vietnam, the strategy proved effective.

By the war’s end, the Tet Offensive secured a lasting place in international history: it was the biggest military operation throughout the entirety of the Vietnam War, responsible for attacking hundreds of cities, many of which were crucial capitals.

Yet still today, four long decades after the last troops pulled out of Vietnam and left the southern half of the nation to its own devices, the world is still divided: who truly can be considered the victor of the Tet Offensive?

According to history, this sudden surprise attack did not make a difference in battle – the North Vietnamese ultimately paid a high price in both casualties and gained territories by the end of the Tet Offensive. Yet because public opinion proved to be the final nail in the coffin for American forces, causing the U.S. leadership to begin its efforts to remove troops from South Vietnam, it can be said that the North Vietnamese won.

Had the Tet Offensive not proved so emotionally polarizing in the U.S., the war itself may have continued to drag on for many days and months. The Tet Offensive was more than a battlefield tactic; it was a psychological one that paid off greatly.