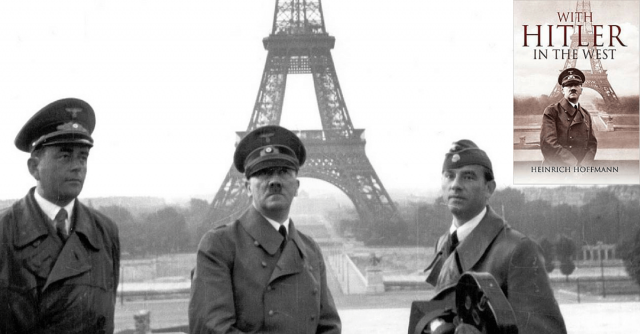 I don’t expect you to remember, but I reviewed the autobiography of Heinrich Hoffmann around three years ago.  He stands as one of the great photographers of the early 20th century, renowned for his portraiture and some important ground breaking candid photography. He was a craftsman. Hoffmann spent some time before the Great War in London as an assistant to EO Hoppe, one of big names of his day, and he learned much of his considerable skill there under the old master. But he returned to Germany before the world went mad in 1914 and built up his reputation and a considerable fortune while the Kaiserreich destroyed itself.

Thereafter, Hoffmann might have enjoyed an otherwise solid and unremarkable life if it were not for his introduction to an embittered war veteran and would be politician named Adolf Hitler. I will borrow from my review from March 2012: The rest, as they say is history.

This remarkable book is a straight reproduction of Mit Hitler Im Westen the book Hoffmann published after the Nazi conquest of the western democracies.  The greater emphasis is bound to be on the humiliation of France and there is a fair amount on the British escape in the nick of time.  But we also see a good deal of events in Belgium and the Netherlands.

Hoffmann was a great photographer and his images of Hitler’s tour of the French battlefield of both world wars, in effect a pilgrimage; and his stage-managed entry into Paris are genuinely superb. I am not convinced he was on hand to witness the Blitzkrieg unfold in the shape of some of the best known images from the campaign, but the collection of all these facets into one book is the work of clever minds.  Nor could he have been at sea to watch the demise of HMS Courageous, but the credit he earned from collating the gems that make up this book was genuinely earned. It doesn’t matter that many of the combat images here came from the clever eyes of the Propaganda Kompanien.

What I like beyond the photography is the clean, crisp reproduction on view here. There is no interpretation from a middle-man to guide us along. It doesn’t take much time on the worldwide web to learn the basics of the Blitzkrieg and what became of the hopelessly outclassed armies of Britain, France, Belgium and the Netherlands. It’s all very straightforward.  You’ll learn much more from seeing how the victory was presented and even the forward by Wilhelm Keitel adds to the overall impression that the Fuhrer’s star was firmly in the ascendant, if only for a little while longer.  I would like to know more about the sources of the photographs and while I am content not to have someone else’s history of 1940 overlaying the original, it would be nice to have learned more about the history of the book itself. Perhaps it is safe to assume all that knowledge was lost with the collapse of Hitler’s Reich in 1945. Heinrich Hoffmann died in 1957.

As we saw recently with Valeriy Zamulin’s wonderful opus on the Battle of Kursk, propaganda and political considerations were and remain an important element to recording any story from World War II. But regardless of motive, genuinely brilliant photography is still art to admire beyond the mission behind it. There is much to admire here and the price of the book makes this lesson from history an absolute bargain. 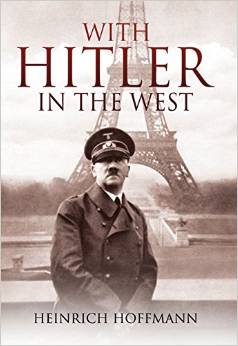