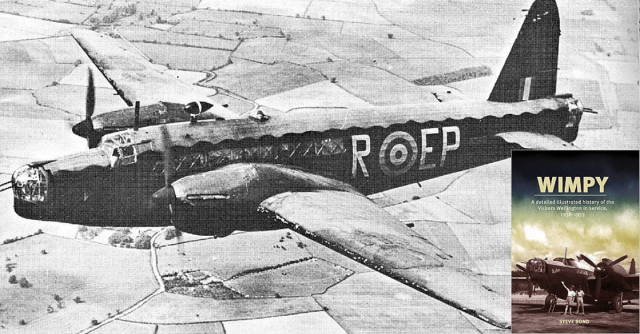 There is a tidy page on Facebook called the Aviation Enthusiast Book Club that might sound like the name of a band of posh public school banjo pickers if you allow your brain to ramble, but it actually does exactly what it says on the tin. A mate of mine put me on to it and since the liking gesture I have even made friends with a chap whose book I reviewed on here. I do like a small world.

Just a while ago someone was waxing lyrical about a trio of books called Camera Above the Clouds – a wonderful gallery of the work of the genuinely great aviation photographer Charles E Brown. A younger me had not done many years at my current place of employment when I mentioned him to a chap who happened to be the actual nephew of Jack Warner – Dixon of Dock Green  (Google it, youngsters) and he told me how he used to know the great Mr Brown in the lost era when Britain’s daily newspapers were nearly all on Fleet Street. The dapper little genius would regularly appear to drop off envelopes of his newly minted prints.Imagine that! I knew someone who knew Charles E Brown.  Neither Charles nor my colleague, Eddie; are with us anymore. The world is a darker place. Eddie would always bring cakes in when we did shifts on a Christmas Day and even a lowly librarian like me would get one. God bless him.

Fast forward about three years and the man in charge ordered me to clear out prints of old planes no longer in current service. I was a little put out, but orders are orders. And so I presented a pile of piston engine types and Cold War classics and he approved of my work. “Tear ‘em all up now you’re done” he said as he fixed me with the good riddance to old rubbish expression he championed in an era when older librarians did not understand the concept of archive.  My guilty secret is I sneaked a small pile of Charles E Brown originals home and they are with me still over twenty-five years after the madness.

One of them is the classic flight of Wellingtons shot you’ll find in volume one of Camera Above the Clouds. It is an early war classic showing three aircraft gently easing away from the camera bus. My print is damaged and someone filled in a lost bit with an HB pencil and felt tipped pen. This kind of adds to the effect in some way.

I have a huge affection for the Wellington. It was ever present for six years of war and it is something of an unsung hero of Bomber Command and other branches of the RAF. You’ll see it as a cultural icon in the classic Target For Tonight and there is always that moment in the Dambusters when Michael Redgrave’s Barnes Wallis is rebuffed by a haughty civil servant when he asks for one to test his bomb. “Would it help…” he replies “if you tell them I designed it?”

All these things, and more, are known to Steve Bond and he really does cram in the detail in this immensely pleasing and affectionate service history of the Wimpy. I have to admit I have been sitting on this book for way too long, consuming it in bite sized chunks with my bedtime decaf. The text, photography and captions are all first rate and unlike a other enthusiastic aviation books I’ve seen I found it very easy to read thanks to prose that doesn’t trip over itself in ways some aeroplane books do. This one is a keeper.

Aside from the technical and tactical we are treated to a sheaf of first hand accounts and quotes from log books and squadron diaries. The range of sources is diverse as it is measured. The thing doesn’t drone on at the reader mired in that anoraky thing that can be an immense spoiler.  Wimpyis sure to meet with approval with the likers of the Aviation Enthusiast Book Club and it should appeal to an even wider audience.

I’ve seen the Wellington at Hendon and it is nice to take in, even if it is not a particularly remarkable individual. The place to go is Brooklands where we can see the plane raised from Loch Ness, found inadvertently by Nessie hunters many years ago.

I have another picture in mind, taken by a Daily Sketch snapper, Mr Abrahams, who visited the Weybridge production line in 1940 and snapped a near complete Mk1a that seems to have taken longer to build than it actually served, lost with all hands on a training flight within days of going into service. You may have seen the documentary of the time when a complete Wellington was built in 24 hours, a symbol of determination to make the tools that would finish the job. Perhaps more than any other bomber, the Wellington can lay claim to being the one that saw things through from first to last.

Steve Bond’s celebration is typical top quality stuff from Grub Street and even though I should have reviewed it months ago, I have no hesitation in recommending it. Better late than never. 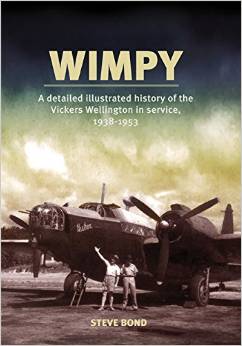