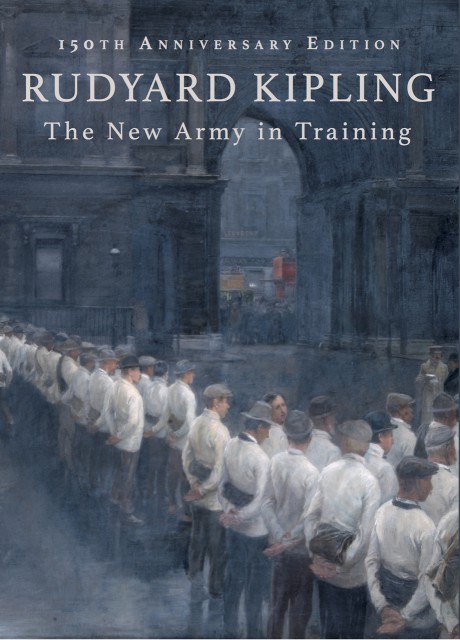 There is something really daft about me reviewing a book by Rudyard Kipling.

His writing spoke to millions, although his star is diminished in an age where he often labours under the charge of being a cheerleader for imperialism. He was one of the most famous men on Earth and rewarded by becoming the first Nobel laureate for literature written in the English language. Even now everyone knows Kipling, whether for stirring poems like ‘If’ or the animals he evented who inspired the scout movement and enhanced the glory of Phil Harris. Go to a Commonwealth war cemetery and Kipling is all around you.

Like his contemporary, John Buchan, his style is not the sort of thing we want today, but their stories are never far from being fashionable. What they lack in political correctness they more than make up for in language, pace and plot.

This somewhat curious book is, therefore, from another time and place when Kipling the journalist sought to invigorate still further a country brimming on the tide of war. Mons, Le Cateau and the Sydney’s destruction of the Emden were literally deeds that thrilled the empire and while men enlisted in tens of thousands Kipling set out to illustrate what was happening to the fathers, brothers and sons who had taken the king’s shilling and left their worlds behind.

This is a short book but in it he uses all his skill to evoke a spirit of unity across the country where men from all corners of the British Isles and beyond to the dominions were readying themselves for the fighting to come. He mentions miners and other humble folk in the same breath as he records how the grounds of fine country houses are used for training purposes. He records hardy colonials from Canada and South Africa and breezily gives us Winnipeg as if it were as familiar as Westcliff or Wolverhampton. His message was one we have heard often from our leaders in this age of austerity – they were all in it “together”. Except, of course, they were not. But the message had to be got across and perhaps we can see in it the start of the path that would take Kipling to the saddest verse he penned some time and much heartbreak later.

If any question why we died,

Tell them, because our fathers lied.

It would be simplistic to say that the people who were not in it with the rest of the country were the upper classes – the blue bloods still reviled by class warriors today. But you only have to walk through war cemeteries full of young subalterns to know this is tosh.  The people who weren’t in it, were men like Kipling – the opinion leading class who exhorted others to go and do the fighting while they cheered and profited from the safety of home. Siegfried Sassoon recognised it later on when he wrote his damning statement and flicked his MC ribbon in the Mersey. The men at the front loathed the profiteers and comfortable people back at home who talked a good war. Now it is me who is being simplistic! But the basis of this is true. The New Army in Training is gently comforting hardnosed propaganda. It offers a surety that the right and might of the British Empire would win through; and of course, it did.

This book was written before the tragedy of Kipling’s son John, who died at the Battle of Loos in 1915. The great man’s sense of enduring loss has been the stuff of books and plays and all manner of interpretation ever since.  To compare Kipling to Arthur Miller’s Joe Keller is probably wide of the mark, but there is something in the spirit of All My Sons that angry men like Sassoon would probably recognise.

This book is an excellent read if you take it for what it is – a world renowned author motoring around the country looking at other men in a great big armed camp from Lands End to John O’Groats, readying themselves for the trials to come. They weren’t all mown down in waves on the 1st of July and they didn’t all yearn for an end of the pier show like Oh What a Lovely War to speak for them. Some soldiers wrote books of their own and a good start for anyone is Dick Read’s epic ‘Of Those We Loved’. Read’s war was real, not the stuff of newspaper articles that comforted men like Rudyard Kipling. He was blogging for victory but the war would become all too horrible even for him, a man who had built his reputation speaking the language of ordinary soldiers.

Even though he didn’t invent him, Kipling was a cheerleader for Tommy Atkins. He saw him in almost everything and I presume it gave him comfort. All that would end in the September of the year this book was published one hundred years ago.

There is much sadness attached to what we read in this book because we can revel in hindsight. Kipling went from being a cheerleader of the war to a man seeking an epitaph for the people it destroyed.  He didn’t do a bad job. He wasn’t the first and certainly wasn’t the last to extoll the righteousness of conflict in championing a ‘just cause’.  Although he is out of fashion, his writing was always top class. He knew words better than he knew soldiering, but the two are inextricably tied to him and this little book is just one facet of his association with the men who actually lived the life in uniform that thrilled him. 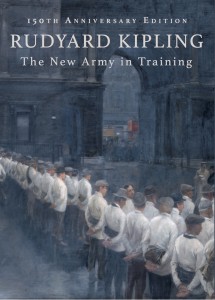