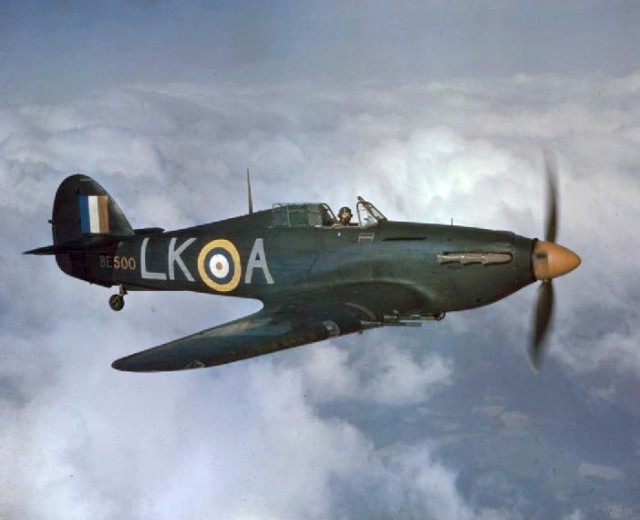 I was watching a couple of Hurricanes lumbering into the sky from my local airport at the weekend and they looked wonderful. That throaty rumble of a Merlin engine will always lure me into the back garden to peer upwards to see what is flying by. The nostalgia of the Hurricane is just so real and almost ever present to me.  I will always like a Spitfire, but the Hurricane has something altogether more special about it.

The two old birds disappeared noisily into the distance over the estuary leaving only their sound to hint at where they were off to.  A couple of Spitfires flying with them only added to the pleasure of the moment. You had to be there. I had just finished reading this book by the late Paul Gallico and the coincidence is not lost on me.

Mr Gallico was a prolific writer who turned from sports reporting to producing fiction. His best-known works are The Snow Goose and the Poseidon Adventure.

I have no knowledge of the former and only know the latter thanks to the classic disaster movie. I really don’t do fiction, except for odd moments when I need to reboot my brain. My friends will tell you I need to read a lot more fiction.

So, what about this book, then? It comes at you barking a breathless prose exuding a joy for Anglo-Saxon victory over the Nazi jackboot. The author appears to find the Hurricane a suitable metaphor for the victorious crusade of democracy over tyranny. He rattles out facts and images like a Hurricane, itself, blasting away with all eight Brownings. It’s a bit like a picture-less graphic novel in some ways. There is scarcely a moment to get yourself in gear because the panic boost is used from the first sentence. There is passion and a refined use of language. It is clever and it is fast. But, I have to say the style is very dated for our modern eyes and thoughts and, a bit like the Kipling book I appraised recently; this one really does seem from a place out of time.

At the time this book first went to print there was a serious shift in the style of history writing that emanated from American authors. Two standout books I have in mind are The Longest Day by Cornelius Ryan and The Armada by Garrett Mattingly. Read those two books back to back and the similarities will be obvious. They are modern, still, and I sincerely hope their brilliance never fades.

This book is real diversion from a New Yorker of Italian and Austrian roots writing about the glories of Anglo-Saxon ingenuity from a house in Devon. The whole thing is so left field I am not sure the term does it justice. On reading it I felt a bit like Leslie Nielsen on the bridge of the Poseidon as the wave hit saying ‘Oh my God’. Perhaps Mr Gallico found something missing from his life while he lived in England and he wanted to return the love the best way he knew how. He won’t be the first or last immigrant to become totally immersed and go native.  I kept thinking of that slightly hectoring style of journalism you might expect from a Hildy Johnson and perhaps with this book the author was drawn back to his roots.

Can I recommend this book? The bottom line is yes and no. If you want a thorough biography of the Hawker Hurricane I suggest you look elsewhere. But if you want your classic war birds wrapped in passionate striking prose then this is definitely one to read. There is a lot about it I like, but my mind keeps falling back to Cornelius and Garrett, God rest their souls, because what they offered was a soothing twelve point Garamond, while Mr Gallico was weighing in with a sixteen bold Gothic. Other typefaces are available. I suppose it’s a choice between a chilled out old moggie and your neighbour’s noisy mastiff.

The Hurricane Story comes in a really nice special edition with an arty retro hard cover. I have to report some irritating typos that bugged the hell out of me. But the cool design and the package as a whole is quite appealing. You might need a Hurricane at full chat to drown out the noise level from the prose, but Mr Gallico was a very clever wordsmith and this book was from the heart. A bit bonkers, maybe; but utterly sincere. 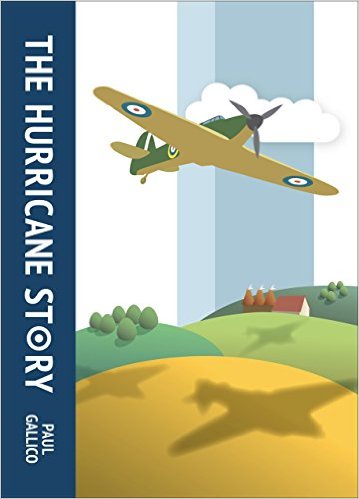