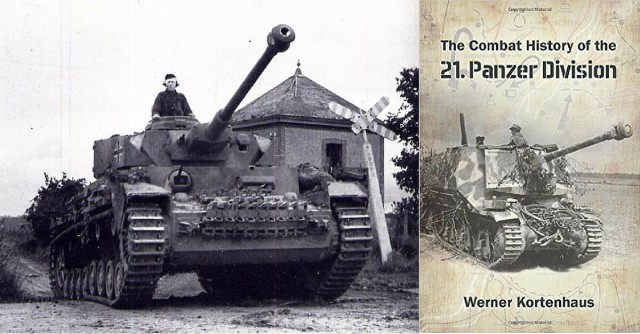 The invasion of Normandy has been written about and analyzed in a plethora of books and articles and, at first blush, Kortenhaus’s book would appear to be another addition to this list; and yet it stands unique for a number of reasons. The 21st Panzer was the only fully operational panzer division to find itself within immediate striking distance of the beaches on the 6 June, 1944. Thus it was the cornerstone of the German response capability during the critical first hours of the Allied landing. This operational history draws its information predominantly from German sources – the primary being the battle diaries of the division itself – thus it not only provides a German perspective on the battle but also incorporates the broader scope of command and control, operational and tactical training, equipment and environmental issues and concerns.

The first portion of the book focuses upon the larger command and control challenges facing not only the division but the Western theatre; specifically surrounding issues of who and at what level would control the western Panzer divisions. This was central to response and planning; however, significant differing opinions within the German high command as to how best to respond to an invasion further hampered effective response planning. This portion serves as an excellent lesson for senior commanders and is analyzed by Kortenhaus with a critical eye towards the impact of the human factors in operational planning.

Another fascinating aspect of this division was the initiative and engineering expertise of Hauptmann (Captain) Becker. Upon reactivation (the original 21st Panzer was destroyed in May 1943 in Africa), the German command in Berlin directed that it be outfitted using captured equipment from the French campaign. While there were thousands of vehicles in compounds captured during the 1940 campaign, they had not been maintained and were, in many cases left to degenerate. Captain Becker, on his own initiative, combined French tank chassis and 10.5 cm guns to create a new mobile antitank weapons system that proved itself to be extremely effective. The concept of ‘necessity being the mother of invention’ is starkly evident. It is a testament to the German command style that he was given the resources and support to create what was in fact an entirely new weapons system in such a short time.

The author has drawn upon the Division’s war diaries to trace the ongoing combat experiences of the unit throughout the next year as it fought progressively more desperate actions while retreating back into Germany before meeting its final demise on the Oderfront at Halbe.  The last remnants made their way into Russian captivity on 8 May, 1945. This translation from the original German serves as an excellent insight into German tactics and perspectives as the war progressed at the unit level. Challenges with resupply, command and experience become more central as greater pressure was brought to bear. How they address these and retain their combat effectiveness is enlightening for the modern Commander.

Regardless of the content, the value of the book would remain limited if the dialogue and presentation was ponderous and dry. The author has drafted an eminently accessible book replete with anecdotal example that presents a more robust and full narrative. I found the discussion of Operations Goodwood and Totalize to be particularly enlightening due to the fact that they emphasized the viewpoint of the Axis and their operational/tactical doctrine.

Helion has provided a separate map book with this publication which is outstanding, clearly laying out the progress of the Division. Additionally, the production value is extremely high with an easily readable text.

The history of the later years of the 21st Panzer is a microcosm of the German war effort in the later parts of the war: noteworthy initiative and morale despite overwhelming odds, strong operational leadership with more convoluted and challenging strategic direction, impressive tactical acumen, diminishing logistic and reinforcement support and high motivation right until the end.

The author, with this translation, has provided a wide audience with an outstanding operational counterpoint to the narratives of the Allied sources of this period. An articulate and engaging read, I strongly recommend this book. 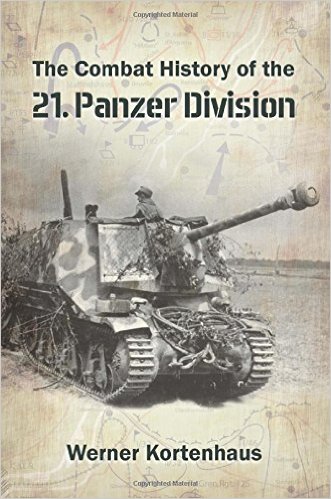