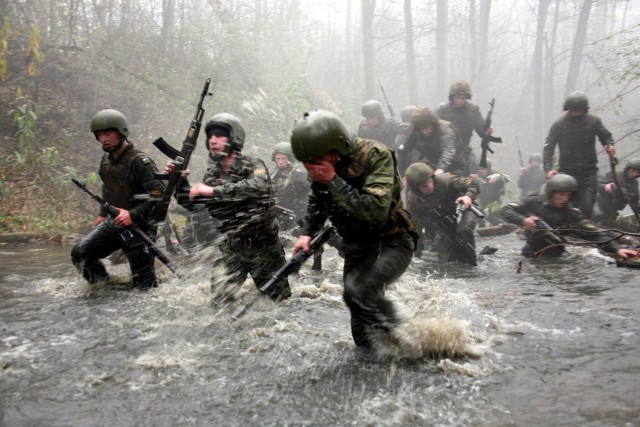 Spetsnaz. I’d heard of them but had no idea who they are or what they do and after reading this Osprey title on the subject I wasn’t much clearer to be honest. One thing is for sure though, after going from page to page of this new title I check under my bed each night before going to sleep because these guys are the bogey men in the world of special forces.

The Spetsnaz or Spetsialnogo naznacheniya to give them their full title are Russia’s elite military arm. Their equivalent isn’t as simple as saying Britain’s SAS or America’s Navy Seals in fact it’s way more complicated than that……and darker.

When it comes to military history in Russia the truth, dare we say it, is confusing and contradictory.  That said and politics aside if you take this book at face value Galeotti gives us just enough background story and history without confusing the reader, something easily done with me! Look back to the dark (or bright) days of the Russian Revolution and through WW2 and the Cold War and what comes out the other side is a superb book on secret armed forces from a nation renowned for such things.

So, are we surprised by the nature of the Spetsnaz?

Personally I wasn’t. I was born in the 1970s at a time when Russia’s military might was only ever seen on distorted satellite video footage, smuggled out by a brave few. Rows upon rows of missiles and warheads, thousands of goose stepping soldiers and the largest hats and array of medals you’ll ever see. It came as no surprise that the former Soviet Union had a secret force to watch the day to day living of its people.

The book portrays these men as elite soldiers, top of the class and the toughest of the tough, personally, I can’t help but shake Russia’s old image and I think there’s a lot more to the Spetsnaz than is let on here. From the world’s largest and most feared nation Russia is now a shadow of its former self but not one to be underestimated. Secrecy goes hand in hand here once again so to be able to compile so much information on such a branch of an armed force is clearly down to to Galeotti’s passion and determination.

The illustrations as always are punch powerful and they leave nothing to the imagination and the photographic choice, again considering the subject matter, are superb. One thing I noted was the array of kit and weapons used by the Spetsnaz. Proud though the Russians maybe they are technically behind in the 21st Century. It’s worth noting the comparisons in kit between a soldier now and that of say 30 or 40 years ago.

Whilst the British and US troops are entirely unrecognisable from their 80s forefathers the Russians seem to be clinging on to what they know best: Quantity. That aside, the Spetsnaz are still very much a force to be reckoned with and are as active today as they were in the 70s in, say, Afghanistan; a war they’d like to forget. Be it in a peacekeeping role or in anti terrorist operations, these men fear nothing. A chilling motto being To find and not let go.

Overall, it may be a specialised subject but the book is well worth the price tag and anyone with an interest in special forces would only benefit from this new title from Osprey.

I’m off to unlock the front door and cautiously await leaving the house. I think I’ll wait for that black Mercedes to go first, though….. It’s been there some time! 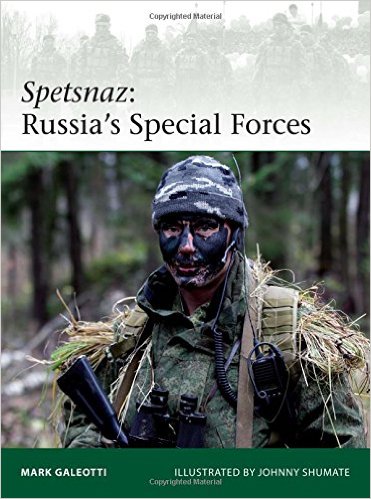