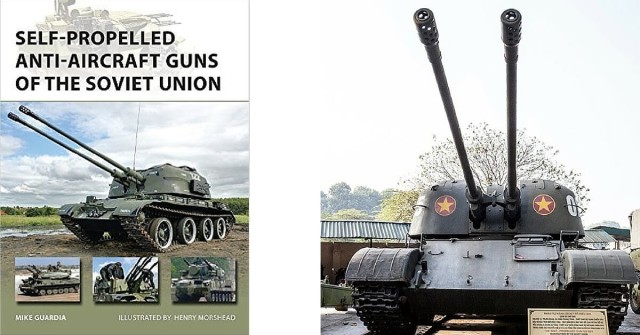 I was on holiday in Hampshire with the former Mrs Barnes just prior to the birth of our eldest clone and it seemed only right to insist we visit the Museum of Army Flying at Middle Wallop instead of touring a stately home or somewhere quaint involving ducks. There were helicopters, De Havilland Beavers and the remains of a couple of Argentinian Pucarás to admire in addition to a lot more pointy stuff. The sun was beating down and shade was hard to find. She loved it! Gentle reader, please keep in mind this was in 1992 and we only called it a day a couple of years ago; so I don’t feel too terrible about it.

The point of all this is to tell you it was at Middle Wallop that I first saw a stunning looking bit of kit called a ZSU 23-4 Shilka, a vicious looking SPAAG captured from the Iraqis just a year before.  A good while later I spent a bit of time at the Imperial War Museum, Duxford; where they have another. I remember this one sitting out in an icy bit of ground next to a Chinese Type 69, just two of a mini fleet of captured Iraqi weapons on view there at the time – I think it was in 2003. By coincidence Duxford is also home to the sole Chieftain based Marconi Marksman SPAAG, a brute of a weapon largely discounted by western states, although the Finns have some fitted on T-55s.

Quite a while later I am pleased to see this book by Mike Guardia. As the no nonsense title suggests, he takes a look at a range of weapons systems that are now considered to be largely obsolete in this era of clever missiles.  That may be so, but weapons like the Shilka and the earlier ZSU 57-2 are still capable of making a mess of anything they latch on to and have even been used in ground roles with unpleasant consequences for people on the wrong end of them. The concept may be a little outmoded but it doesn’t mean the end for weapons like these, especially in less sophisticated parts of the world.

The Soviets had a history of building effective self propelled artillery in a host of forms and anti-aircraft weaponry was not ignored. I am inclined to think they took lessons from the Germans in this respect and if you look at the ZSU-37, a single 37mm gun mounted on a SU-76M chassis, you can see where some of the inspiration came from. Things became much more serious with the arrival of the aforementioned ZSU 57-2. As the name suggests this was a twin 57mm weapon with the guns placed in an open turret not unlike an M42 Duster. This particular SPAAG entered service in 1955 and was exported to a number of countries, including North Vietnam where it was used rather effectively against US aircraft.

Then we have my chum, the Shilka; a quadruple 23mm system supported by a very useful radar array making it lethal against low flying aircraft.  Once again these brutes were gratefully received by several friendly states and this is how some came to be on display in the UK by way of the pillaged arsenal of Saddam Hussein.

The last weapon covered in the book is the 9K22 Tunguska and this has all the hallmarks of Russian designed weaponry. This time the system includes two 30mm guns and eight missiles and there is no messing with it. Weapons like this are meant to counter the effectiveness of the Apache helicopter and the proliferation of drones. Perhaps this illustrates the difference between philosophies whereby the Russians continue to see a value in this sort of weapon while many other powers do not.

This is a tidy and well-presented book crammed with useful illustrations and technical information. The text cracks along at a decent pace and it reads well. The traditional Osprey artwork by Henry Morshead fit in effortlessly.  Once again I am bound to say these books can look easy to make but appearances are deceptive. The book may only have forty-eight pages, but; like the SPAAGs, it packs a punch.

There really isn’t much more I can add.  A good book is a good book.  If you are into SPAAGS or just nostalgic for Warsaw Pact hardware, then this is a good use of a penny less than ten pounds sterling or just shy of eighteen dollars American. I am sure there are better deals from the usual outlets. Good stuff. 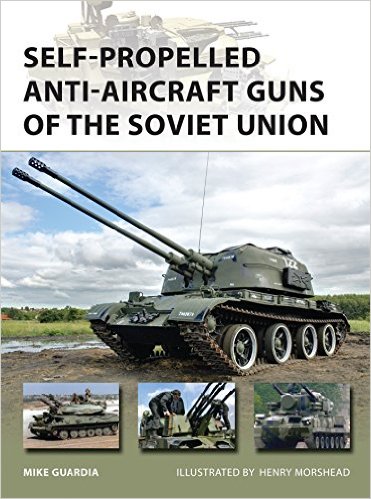