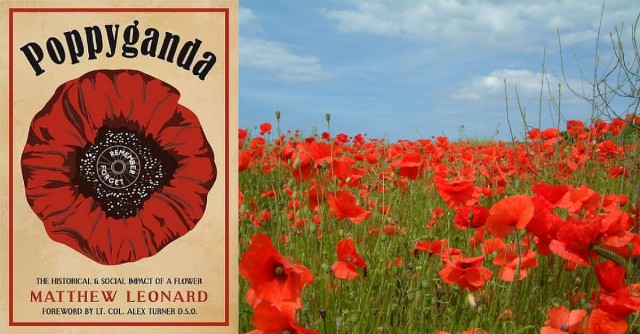 Short in stature but big on scope this intriguing book by Matthew Leonard feels like an essay or one of those fine lectures we get on the BBC every so often. In it the author looks at the history and gathering social acceptance of the poppy in the years following the Great War. I like this book.

Most people may assume the poppy as we recognise it today to be a very British motif of our collective Remembrance, when in fact it came about through the dogged efforts of two women from the USA and France.  But the energiser for the little red flower we know today remains the famous poem by the Canadian doctor John McCrae.

One of the most interesting aspects of Mr Leonard’s essay is his look at the true meaning of the verse by McCrae that could be interpreted as a call to arms rather than a yearning for peace or anything else. Mr Leonard recognises that as with the iconography of the poppy itself, the meaning of In Flanders Fields is all in the eye of the beholder.

I found the author’s look at modern day pressures from and within the media to be seen wearing poppies on the telly, on football kits or in any situation where to be seen indulging in Remembrance is de rigueur, to be really on the button.  This is where the title Poppyganda fits in to place as we learn how much of the original principles for wearing the poppy have been subverted by peer pressure, commercial considerations and much more besides.

The whole point of living in a democracy is it gives us the ability to choose whether we wear one or not. Surely that is what wars against dictatorships were all about, so why accept something like one now? Even if it is just falsely applied pressure of image conscious event junkies. This all sounds a bit random, but you only have to go on social media around Armistice Day to read some pretty trite stuff from Mr Leonard’s poppygandists. I find all that a massive turn off.

Wearing a poppy is such an individualist thing. The forward to this book by an army officer makes this clear. I wear mine out of sense of debt and also one of loss. I admit I also wear it sometimes because I feel I ought to. Earlier this month I was walking to work through the City of London when I realised I had left my poppy on another jacket. I felt so guilty. How ridiculous is that? It all comes down to the pressures Mr Leonard identifies.

His look at the battlefields of the Great War is illuminating and if, I am honest, I think most regular visitors would recognise what he says. A description of some tourists (not so much pilgrims) ticking off things from their battlefields bucket list is all too true. I remember one of the students at a well-known Canadian memorial on the Western Front mocking most of the site’s visitors as being the ‘tea and a wee brigade’. Those Brits who expect toilets and a cafeteria at all attractions, people who don’t really connect with what they are visiting. I guess, for some, it all comes down to fridge magnets.

I found myself agreeing with or finding sympathy with just about all of a really neat book. The author has struck a chord and this is good stuff. By the time you read this my colleague Joris and our band of Anglo-Dutch pilgrims (there is a difference with tourists) will have made our latest visit to the battlefields. They are always special times of discovery, cake, jokes and Remembrance.

Battlefield touring should be about a living experience and we make it so. But the poppy reminds us of the sacrifice made so that we can make these trips. I wear my poppy with pride. I don’t need anyone to tell me otherwise whether they approve, forcefully insist I do or disagree. Mr Leonard recognises all this and his book confirms I have got things right. 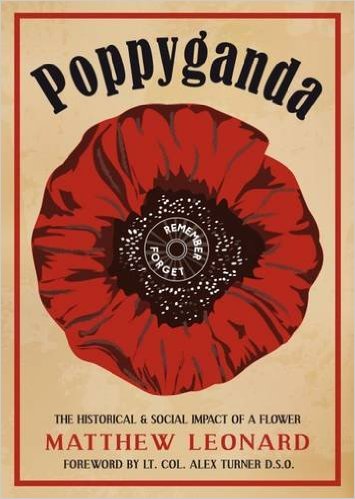 POPPYGANDA
The Historical & Social Impact of a Flower