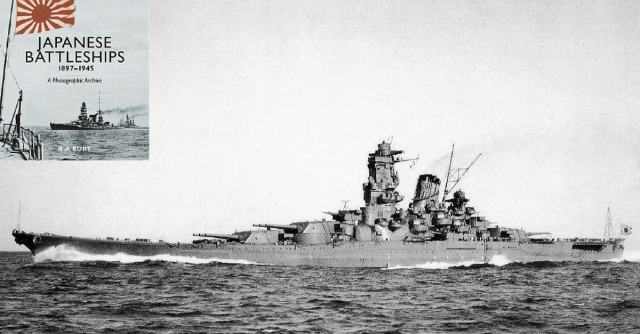 Any regular readers of the reviews page would know by now that I quite a like old warship photographs so when I got notice of this book it was a bit of a no brainer that I would want to see a copy.  The author, Mr Burt, produced the epic trilogy on British battleships published by Seaforth and it can only follow, given the influence the Royal Navy had on the Japanese, that this book is something of a progression from the others.

Up until the Great War many of Japan’s warships were British built and the ambitions of the Japanese to have a powerful fleet was vindicated by the victory over Russia at Tushima in May 1905. During the Great War the Japanese provided ships for escort duties and other work, indeed, you can see a memorial in Malta to the men who died on operations in the Mediterranean.  I recently reviewed David Stevens’  In All Respects Ready where Japanese intentions were treated with a healthy degree of suspicion by the Australians who could see territorial ambitions were never far below the surface of Japanese cooperation.

Between the wars the world saw all those efforts to get something like an arms limitation agreement between the major naval powers and we all know how well that went.  Typically of the British, they adhered to the naval treaty and this seriously impacted on the power of their new battleships and other vessels in 1939. But the Japanese carried on doing what they wanted and this reached it’s zenith with the massive Yamato and Musashi, ships I defy anyone not to admire for their sheer scale, if nothing else.

Because they launched a brutal war of aggression it is quite easy to have no sympathy with the Japanese for the huge number of ships lost including nearly all their battleships.  The author tells us that so much more was lost including a great deal of naval archive. This makes this book quite special because images of Japanese battleships are very rare.

The Japanese built some magnificent ships and this is clear from the photographs reproduced here. Their early dreadnoughts, usually pictured in UK waters, would not look out of place in the Grand Fleet. The Japanese were sensible to get in the best British designers and as with so much else they learned fast and got on with doing things themselves. It was ever thus.

confirms that this book is comprehensive and we can never doubt the quality of the text from an author of this calibre. I have to say I loved looking at the photographs, starting with the British built ships and ending with the home-grown monsters thrown away to reinforce defeat in 1945. As ever we are treated to a large amount of information in addition to some genuinely splendid archive imagery.

I love these Seaforth books. They are authoritative and wonderfully illustrated and now I have seen books on the British, German and Italian navies in addition to this one, I am hoping to see something similar of other big fleets, American, French, Russian, whoever; just make it soon, please. 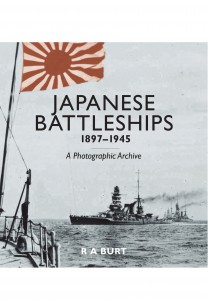