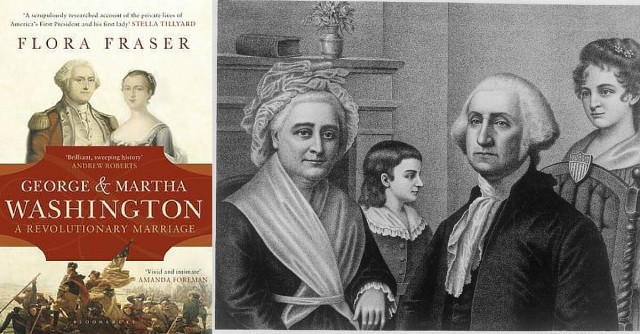 It will be apparent to regular sufferers of my writings I am more at home with 20th century conflict than anything much older. But Lucy from Billericay insisted I read this book and I am really glad I took notice.

Ok, lets get very serious about this: The only time I have had any sustained contact with George Washington is when I have spent banknotes he appears on. I did the American War of Independence when I was at school during the 1970s but only for one year.  I learned a bit, but my heart wasn’t in it. My dad loathed the United States and I was not encouraged to have much interest in a war where Britain got beat. This is all very simplistic stuff, not unlike some of the mythology and tub-thumping extolling the greatness of George Washington. I remember being incredulous at a chart listing of the greatest commanders that put him above Napoleon himself.  Not Dave Napoleon from Wigan, the Napoleon – the little guy from Corsica. But we live and learn. Actually, when you look at him a little closely, George Washington was the real deal and a much better man than the other guy.

Flora Fraser takes us through the touchingly resolute relationship of George and Martha Washington. They are two very respectable and thoroughly likeable people who find each other at the beginning of a crucial time in history. They form a partnership that endures tragedy, war, political upheaval and all the pitfalls of life in the eighteenth century where smallpox and other perils lurk. Somehow they keep it together and live a life devoted to each other. If they were just ordinary people there’s would be a superior story. But Mr and Mrs Washington were far from ordinary.

George Washington knocks spots off Napoleon. He worried about his men – what they would wear and what they would eat. There is none of the flippantly disastrous ‘living off the land’ nonsense with him, unlike Bonaparte who led armies to their doom hundreds of miles from home.  Washington understood that there was a contract between the men and the leadership whereby the authorities provided what the men needed to keep them effective. It’s not unlike aspects of the so-called covenant in effect between the British armed forces and government today. Whether Washington genuinely cared for them as individuals is not the issue. He knew his men needed bread, boots and blankets if they were going to win a war against a professional army.  Washington understood there was much more to sound military judgement than knowing how to win battles.

Martha Washington devoted herself to the cause of liberty while being a partner to her husband. She had a family and business affairs to contend with in addition to the role she had to play as the wife of the general leading the Continental Army.  She was a widow who brought up a young family during uncertain times when mortality was a fickle thing. She knew all too well the pain of loss but she got on with living. Martha seems like a remarkable woman to me.

The author shows us how the Washingtons went from being solid upstanding colonial subjects supporting the mother country to people who asserted that revolution was the only way to break free from the undemocratic and dictatorial spite coming out of London. I wonder; had communications been faster, if things might have turned out differently? We all know the pitfalls of discussions by text and emails in the digital age, so how fraught was it in an age when weeks and months could pass between responses when so much was at stake? In the prevailing circumstances I know that if I had lived as a ‘colonial’ similar to the Washingtons in 1775, I would have supported independence.

George Washington was an experienced soldier who had the temperament, the knowledge and the belief to win. He wasn’t much interested in conquering his neighbours and waging war beyond his borders. He set goals and saw them through. To me this really does place him rungs above Napoleon.

I am no great lover of politicians and so I find myself much more drawn to Washington the soldier than to his presidential years.  Detailed accounts of George the landowner are very interesting while the passages covering his meticulous approach to finances give an insight into the mind set of a man who really did worry about the cost of army blankets and biscuits for his troops. That he owned slaves will influence some opinions of him, but he was a man of his time and there are no stories of cruelty. It appears he saw his human property to be not unlike his soldiers. They needed food, clothing and bedding to be any use at their work. It was that simple – however unpalatable in 2016.

Books like this get us under the skin of the great captains of history. I recently read a biography of Churchill’s wife and it largely avoided the stuff trotted out endlessly that masks the real person. People like Washington and Churchill become two, or more usually, one-dimensional. But they were real and getting beyond the historic events to the nitty-gritty of their lives fills them out as characters. They become so much more like us. There is something comforting in this.

There will be some people who spend time visiting War History Online who may not find favour in a book like this one from Flora Fraser. The revolutionary war fills much of her history, but she exerts as much effort talking about the every day. I am not sure how much of a careful line a British author has to take with someone so iconic and revered as George Washington these days.  But you only have to look at some of the comments left on the Facebook page of the superb artist Don Troiani to see occasional bouts of a most narrow-minded nationalism frothing over to know that some things cannot be messed with. But it is the job of historians to ask questions or, more importantly, prompt others into asking them and the shiniest heroes of history should not be exempt from evaluation.

The author takes no side, except perhaps in her admiration for her subjects. The reader comes away liking George and Martha Washington for the people they were. A lot of aspirational people seeking positions in public life could learn much from reading this book. Whether they would absorb the lessons is another matter.

George quite rightly deserves his place on a banknote and even Martha featured on one a century ago. Perhaps it is time to bring her back. That line saying behind every great man is a great woman is out-dated in our modern era; the simple truth is the adage is wrong. Martha wasn’t behind George – she was with him.  This is a wholly different prospect. A true partnership based on love and respect is something to treasure. For the Washingtons it was the basis of their abiding strength and the freedoms won nearly two hundred and fifty years ago owe as much to it as they do to martial brilliance.  This book is a quiet celebration of all that. 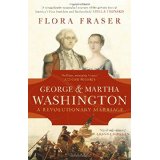