UK charity, The People’s Mosquito and Retrotec have begun work on the all-important fuselage mould, a key enabler in Mosquito restoration.

The announcement follows confirmation by renowned restoration experts Retrotec Ltd that CAD profiling and modelling of the fuselage mould is now complete. This is an essential stepping stone towards the full restoration of the former Royal Air Force 23 Squadron Mosquito, serial number RL249, to airworthy status.

The De Havilland DH.98 Mosquito, or Wooden Wonder as it was affectionately known, achieved remarkable performance from November 1940 onwards thanks to its ingenious lightweight and immensely strong wooden composite construction. Unlike most other metal aircraft of the time, the fuselage was constructed in two halves, in much the same way as a plastic scale model is pieced together.

Each half of the fuselage was constructed on moulds, over which the spruce, birch and balsa composite materials were layered and glued. Once complete, the lightweight fuselage half was lifted off the mould for painting and fitting, providing unparalleled access for workers to install electrics, hydraulics and controls.

Sadly, with the Mosquito ending its operational service life in the 1950s, the original moulds, which were initially made using mahogany before being substituted with concrete, were broken up for disposal.

The construction of a new fuselage mould in the UK paves the way for a new Mosquito airframe to be fabricated under strict UK Civil Aviation Authority oversight.

It is the latest visible sign of progress in The People’s Mosquito’s exciting plans to return one of World War Two’s most influential and iconic aircraft to UK and European skies.

In April, after a journey of more than 13,000 miles by sea, more than six tonnes of vital equipment from New Zealand safely arrived in Southampton. In addition to all the jigs and much of the tooling required to complete construction of a Mosquito wing and tail section, the shipment also included full CAD data for both. 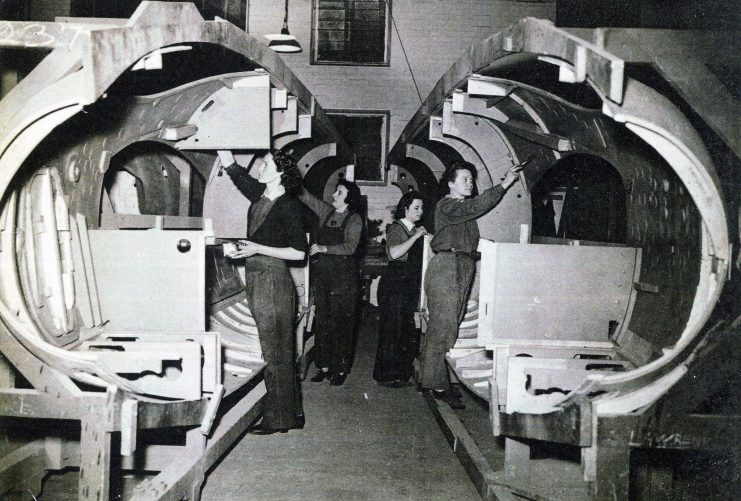 Subject to funding being secured, work on the fuselage moulds is expected to take several months. To support the construction, The People’s Mosquito will shortly be launching a focused fundraising campaign to ensure completion of the moulds.

Much of the cost associated with the mould comes from raw materials. As The People’s Mosquito embarks on this vital phase of the restoration journey, the charity is looking for support from industry, in particular the UK timber industry or anyone capable of assisting with the supply of 12mm birch plywood.

The de Havilland DH.98 Mosquito remains one of the most influential aircraft ever designed and an exemplar of British engineering. It played a pivotal role in the Allied war effort from 1941-1945, and continued to serve with the Royal Air Force until the mid-1950s, well into the jet age.

At the height of World War Two, the Mosquito was the world’s fastest production aircraft; it was the world’s first true multi-role aircraft and helped to pioneer the use of composite construction techniques, now ubiquitous in today’s aviation industry. It’s ground-breaking construction also included the first use of radio frequency heating (similar to a microwave oven) in the construction of the aircraft.

Despite its innovative design, outstanding performance and unrivalled versatility, the Mosquito is often overshadowed by the more common Spitfire, Hurricane and Lancaster. The last Mosquito to grace UK skies was sadly lost in an accident at Barton in 1996.

Working with East Sussex-based restoration company Retrotec Ltd., the charity is working towards restoring a Mosquito lost on a training flight from RAF Coltishall, Norfolk in 1949. In doing so, the project will deliver the first UK-built Mosquito in more than 70 years: the last UK-built example rolled off the line at Chester on 15 November 1950.

Another Story From Us:  Sorry to Inform You, But Not All C-47s Can Fly to Normandy