The Gurkha Welfare Trust was sad to announce the death of one of their oldest and most popular residents, Man Bahadur Ghimire.

This gentle man, who was a resident in the Gurkha Welfare Trust Residential Home at Dharan in the east of Nepal, was acknowledged as a wise man and was often consulted by other residents and staff for his advice.

He was a profoundly religious man. Each morning he conducted a Hindu prayer ritual, known as a puja, for everyone that he knew.

Man Bahadur was born in eastern Nepal and joined the British Army in 1942. Following his initial training, he was posted to the 3rd Company, 3 Platoon, 3 Section of the 9th Gurkha Rifles. 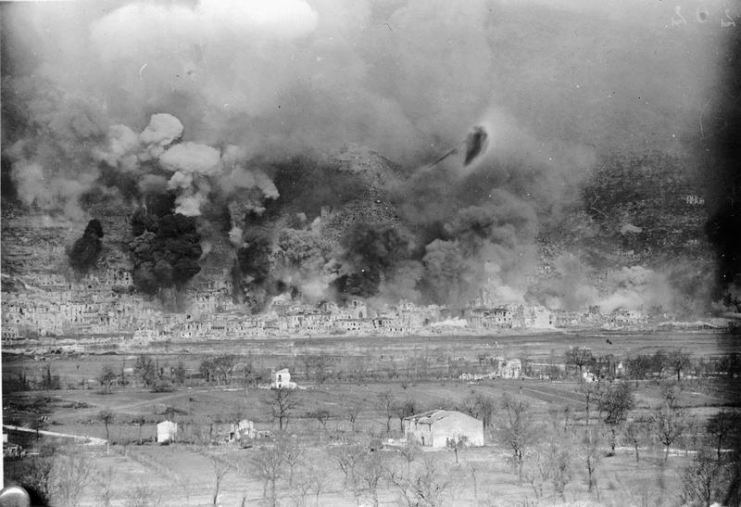 Man Bahadur served bravely during the war, even though his service was far from the terrain in which he grew up.  He served in Italy and Greece.  He was shot and injured at the Battle of Monte Cassino.

After the war, with the downsizing of the British Army, Man Bahadur was granted an honorable discharge, and he returned to his homeland.

In Nepal, he began subsistence farming to support his family.  He was married and widowed twice. His first wife died many years ago, and his second passed away in the 1980s.

As Man Bahadur grew older, he found that it was difficult to manage his little farm, and he could not plant and harvest enough food for himself.

His family convinced him to move to a remote village in the east of Nepal so that his second son could look after him.

When this was no longer possible, Man Bahadur, moved into a residential home run by the Gurkha Welfare Trust.

In 2010 he was one of the first residents of the new home in Kaski, but three years later, the Trust moved him to Dharan, so he could be closer to his family.

In Dharan, he celebrated his 100th birthday in 2019, and the staff threw him a wonderful birthday celebration.

Gurkhas in the British Army

The Gurkhas are traditionally drawn from Nepal or are men of Nepalese ethnicity and are some of the most feared fighters in the world.

They are well known for their incredible fighting prowess and are often associated with the wickedly curved blade known as a khukuri.  Their official motto in the British Army is “Better to die than to be a coward.”

The Gurkhas showed their incredible versatility and their ability to fight in any and all terrains by being successfully deployed in Syria, North Africa, in the Western Desert, in the European theatre in Italy and Greece and in the Far East from Northern Malaya all the way to Singapore and in Burma.

They served with distinction and earned over 2,700 awards for bravery and suffered 32,000 casualties.

Throughout the history of the Gurkhas, they have won 26 Victoria Crosses, 13 won by Gurkha soldiers and 13 by British officers serving with the Gurkha Battalions.

Perhaps the best description of these incredibly brave men comes from Sir Ralph Turner MC, 3rd Queen Alexandra’s Own Gurkha Rifles, when in 1931 he said that the Gurkhas were:  “Bravest of the brave, most generous of the generous, never had a country more faithful friends than you”.