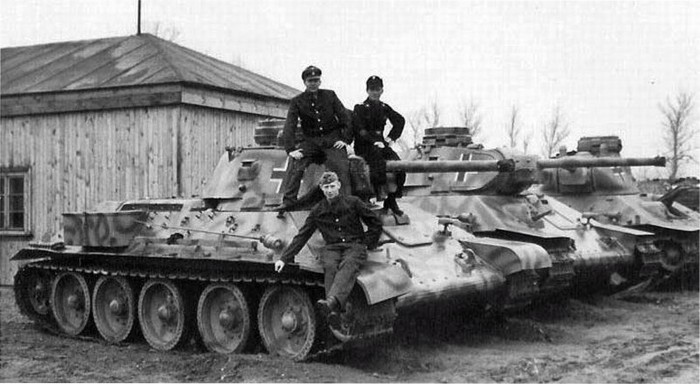 During my time in the army, I was involved in several Preliminary Reports. The aim of these is to gain a better understanding of the vehicle in question and, if necessary, be able to counter the threat it might ultimately pose. I have dealt with the Leclerc, the T-72 and the M1A2 amongst others. The content of these reports, although now gained through using more sophisticated machinery, has not really changed that much.

What was their opinion on it? (Sections in italics are quoted directly from the report)

“The Soviets have aimed at “mechanical simplicity” a large general purpose gun, stout armour and, above all, a design facilitating quantity production with limited resources and specialised machinery. Certain features have received less attention than we (the UK) would have given but a practical approach to the requirements of a fighting vehicle is apparent.”

The report compilers used “Poldi” equipment to gather the hardness figures which was viewed by many as not the best means of doing this. Ultimately, despite commenting on the finish and how “rough” it was compared to American and British standards, the T-34 fared very favourably. Many comments were made in the report about the quality of the welding: another indication of the lack of equipment available, in this case – welding jigs. The report therefore noted a welded hull and cast turret offering excellent ballistic protection but limited splash protection. 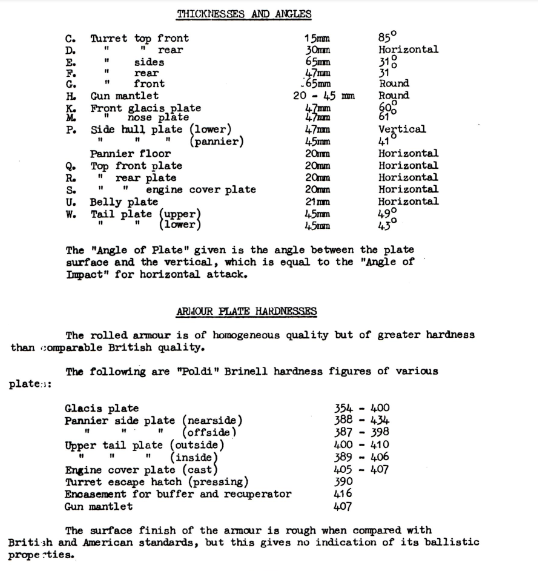 Although at this stage no live firing tests had been conducted, comment was made on the lack of space in the turret and how this would impact the servicing of the main armament, in this case the 76.2mm.

Depression in this case has definitely been sacrificed in favour of the relatively low turret height. However, the elevation ability is fantastic.

As far as the balance of the main armament was concerned, it was noted that the tank was very muzzle heavy. This resulted in the four cast iron blocks being fitted to the underside of the cradle. 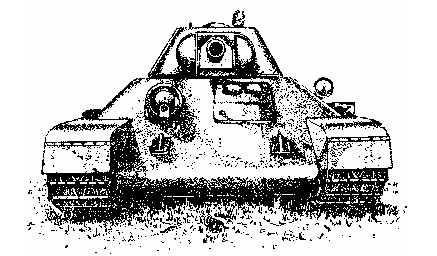 A hand elevation gear was fitted on the gunner’s side and required almost 24 turns to cover the full ark of 33 degrees. There was considerable play in the hand wheel and it was not easy to operate. The gunner was so cramped that he was bashing his knees whilst elevating.

Both manual and powered options were available. The report compilers made comments on the amount of play and backlash which would have made making an accurate lay difficult. Again comment was made on how awkward the manual traverse hand wheel was for the gunner to use. To be fair though, from experience, even on modern MBTs (Main Battle Tanks), this is still both a time consuming and extremely tiring way to lay onto a target.

The 7.62mm D.T (DEGTJAREV) Light Machine Gun was gas operated and magazine fed from a drum that holds 63 rounds. Simple, reliable and efficient, fired by the gunner using a foot pedal.

The same machine gun but mounted in an armoured hood that is welded to the offside of the glacis plate and fired by the trigger on the gun – they noted it was well mounted and well balanced.

Both the main armament and the co-axial machine gun are sighted using either the sight PT.4-7 (periscopic dial) or a cranked telescopic sight type TMFD.

Both sights have a magnification of x 2.5. Interestingly, there appears to be no provision for zeroing, the means of ensuring the accuracy of the sight in relation to the gun, this would have definitely have had an impact on accuracy, especially at longer ranges.

Stowage is simple and it was apparent that the aim was to carry as many rounds as possible, no matter how hard it was to actually access them during an engagement, as this quote demonstrates:

“The grenades are packed in wooden boxes of 20 and the detonators in small, airtight tins of 20. A small tin opener is provided but the use of this must be done carefully as there is a risk of setting off the detonators” WHAT!!!

Cheap to manufacture and light, this was, in essence, an aeroplane engine converted and modified for use in Armoured Fighting Vehicles.

Surprisingly, there was no separate provision for starting in extreme cold. Starting was either via a standard electric starter or, if this failed, there was the ability to start via a compressed air system. 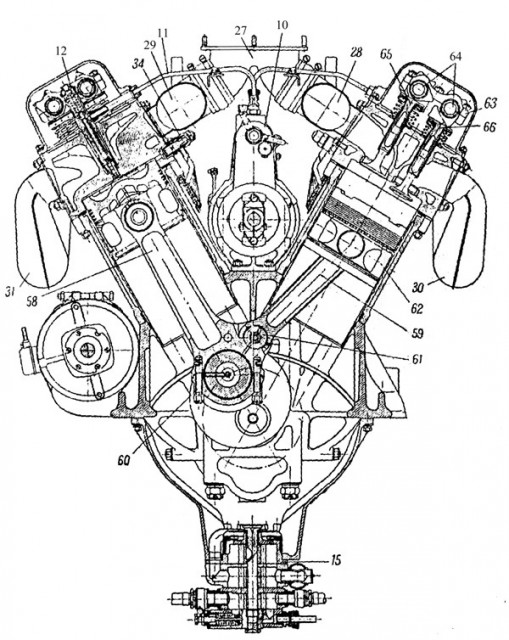 The theme of simplicity continued here – there was a clutch, a footbrake and an accelerator. Steering levers, a locking device for the vehicle brakes, a change-speed lever (four forward and one reverse gear) and finally a hand-operated air pump for priming the fuel system.

Directly to the front of the driver are the following instruments

To the left of the driver 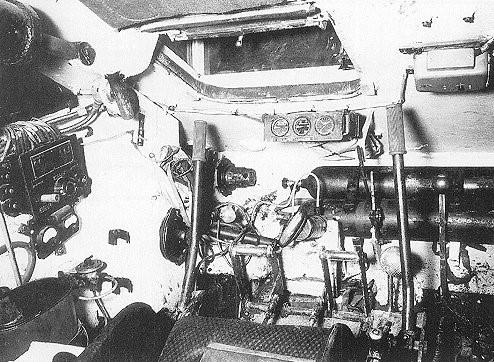 Although only a very brief resume of the final report, the summary gives a no nonsense approach to the vehicle, best summed up by their final words:

“The design shows a clear-headed appreciation of the essentials of an effective tank and the requirements of war. When it is considered how recently Russia has become industrialised and how a great proportion of the industrialised regions have been over-run by the enemy, with the consequent loss or hurried evacuation of plant and workers, the design and production of such useful tanks in such great numbers stands out as an engineering achievement of the first magnitude.” 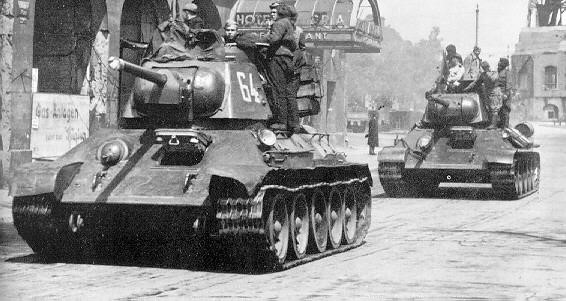