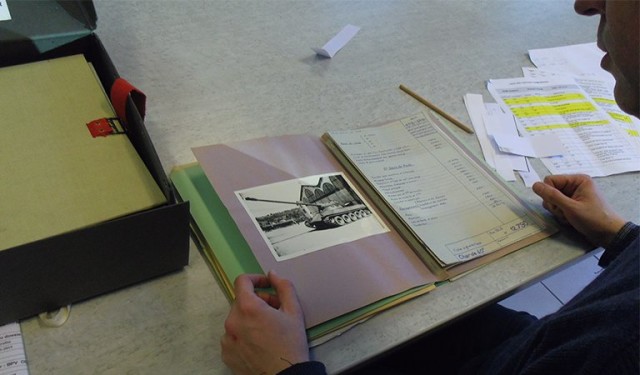 Wargaming’s military specialists are dedicated to making our titles as historically accurate as possible while working with fans and teams to educate all of us about 20th century warfare. They consult on our products and represent Wargaming’s historical image by supporting our endeavors with accurate and straight facts.

At our EU Production office in Paris, our Military Specialists are Kresimir Gusak, and Richard Cutland, who you’ll recognize as the star of the “Inside the Tanks” series. In their work, they collaborate with many different departments to offer help and develop the market potential of history. You’ll find them working with the content team, business development, and wherever else they’re needed. Our game forums are their second home, and they interact with our community both online and at offline events.

Recently, our Military Specialists visited an archival facility in Chatellerault to gather information on over 20 French tanks to update existing ones to greater standard and find new vehicles. We caught up with them to discover what they found out.

Chatellerault is a commune in the Vienne department, in the Poitou-Charentes region in France. In Chatelleraultyou’ll find the Central Defense Archives where everything related to military history is preserved. In their archives are blueprints, reports, personnel files, dossiers and nuclear weapons reports, to name but a few.

Years ago, Chatellerault was a weapons/armament factory. What remains of the building is over 200 years old and is still classified as a military organization. Due to its status, you can’t simply knock down walls, which means that the newer, more modern portions of the complex had to be constructed around the old. Visiting the facility, it’s not uncommon to see a hundred-year-old building sandwiched in between a high-tech department.

Another factor is that because of its military status, anyone wishing to visit the archives requires special permission to enter, needing clearance from the Military Director, and the General in Charge of the region. 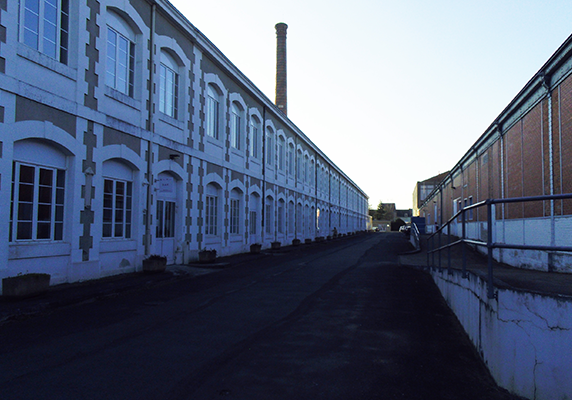 PREPARING FOR THE VISIT

Gaining access to the archives was a lengthy process due to the sensitive information. The entire process took several months. First, our team required clearance from the Ministry of Defense because the archives are still classed as an active military installation. This means the location is controlled by the military though the majority of its employees are civilians.

Next, they contacted their local institution of the town so that the Specialists could discuss their entry requirements. Then, when the two had been cleared as verified historians, they were allowed to finally enter the archives.

The team were really helpful and dispatched all the information they needed, sending over a catalogue that contained information on what was available at the archives. Because of the huge amount of data at the facility, there was no way that the employees could have done it themselves. To put it in perspective; if you laid all the A4 sheets the facility possessed end-to-end, it would be over 100 square kilometers.

Kresimir, with the help of the French wing of our Community department, condensed the catalogue down into a DVD that held of 9,000 files filled with what they believed was interesting. This vast amount of data took Kresimir and Arnaud (the French Community Coordinator) a month to analyze; it also was little tricky because, as you can imagine, all the information was in French. Finally, their list was cut down to around 40 boxes brimming with information. The staff at the archives even provided them with additional information on subjects they may be interested in. 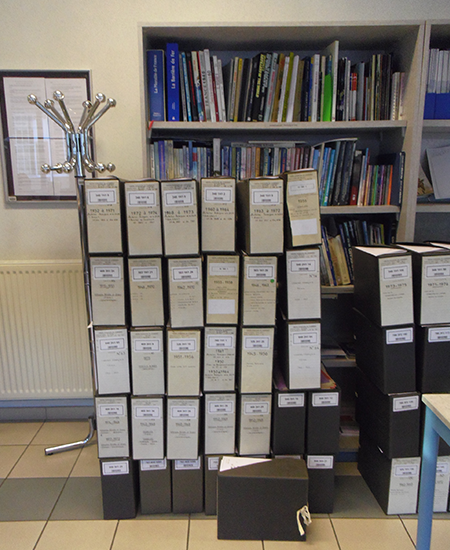 There are several hangars in the facility that are roughly the size of a tank hangar used to store the archives. Recently, they have refurbished the organization to bring it up to the modern standard, similar to the Imperial War Museums and The National Archives (British). The most valued and treasured items are kept in hermetically sealed rooms. These rooms have controlled temperatures, pressure, moisture; it’s like something out of a James Bond movie.

While there were no evil henchmen, the Kresimir and Arnaud did have an escort accompanying them who, in true espionage style, had to provide fingerprints for access to the buildings.

So, what did the guys find when they were finally allowed inside?

The two were able to gather some great data, even unearthing information on new tanks that could possibly make it as Premium vehicles. Though some of the spoils have to stay under wraps for now, the archives proved to be a great resource for French and even American tanks. Upgrading tanks in the game to higher definition models requires a lot of detailed information for accuracy.

The facility was a real goldmine. They even found a few surprises like information on a host of warships and warplanes, as well as the development blueprints of the first light machine gun. 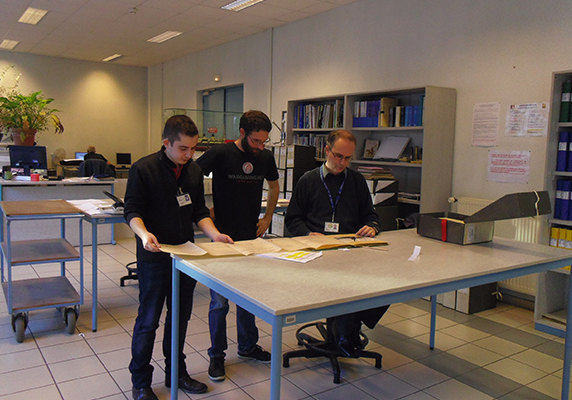 Thanks to the amount of information at Chatellerault, our team are planning to return there in the near future to collect more data on French warships. Also on the map are places like Bovington (England) and Freiburg (Germany), so you can expect we’ll be covering all their interesting discoveries on the blog.