Being in a war gives one license to get creative and here are the proofs — ten vehicular oddballs birthed during the Second World War [from the years 1939 to 1945].

The Rhino Heavy Armored Car, or simply known as Rhino, was developed in the early part of World War Two – 1941 to be exact – by the Australian government in part because the UK failed to meet the needs of the Commonwealth nations regarding supplying armored fighting vehicles.

The Rhino was fitted with an armored hull about thirty millimeters thick out on the front, and eleven millimeters thick on the rear and the sides. It was, then, completed with a turret and a thirty-millimeter cap on all sides. The Rhino’s armament was comprised of a two-pound gun  (40 mm) and a 7.7-mm Vickers machine gun. However, the project had to be scraped out by 1943 as the Rhino suffered from too much weight and of course, enemy action. This vehicular oddball never went past the prototype stage.

This four-wheeled, armored fighting vehicle was manufactured by General Motors, Canada, during World War Two. Its design was based on the British Humber Armored Car Mk III though the Fox’s was adapted to the Canadian Military Pattern [CMP] truck chassis.

Four men could fit inside the Fox Armored Car — the commander of the fighting vehicle, the driver, a gunner and a wireless operator.

Unlike the Rhino, the Fox saw combat extending to beyond the Second World War. There were about 1,506 of the Fox armored cars manufactured. 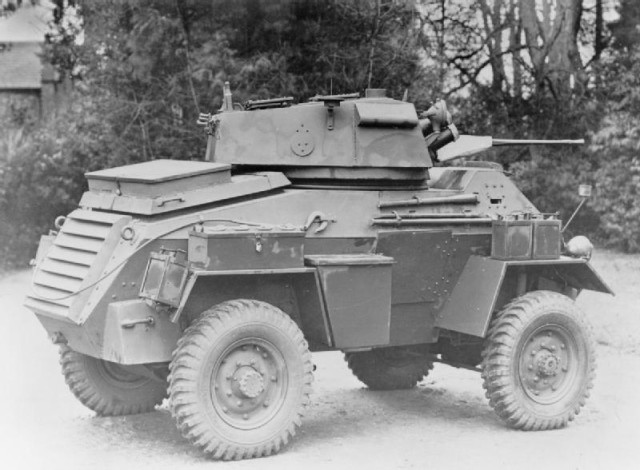 During WWII, it was used in operations in Italy, UK and even in India. It was used extensively by the Polish 15th Pułk Ułanów Poznańskich while the unit fought in Italy between 1943 AND 1944. After the war had ended, most of the models of this vehicular oddball went to the Portuguese Army who, in turn, used them during counterinsurgency measures in Mozambique, Angola and Guinea from 1961 to 1975.

The Netherlands also used these vehicular oddballs in the face of Humber armored cars vehicle shortage which the country was going to use in the Dutch East Indies [modern day Indonesia].

The Netherlands was able to get thirty-nine of these Fox Armored Cars, thirty-four of which were hybrids as they were fitted with Humber Mk. IV turrets. The hybrids, called Humfox proved their worth and became very popular. They were eventually passed on to Indonesia after the country gained its independence.

The Humber Light Reconnaissance Car [ Humber LRC Mk IIIA] – more commonly known as the Humberette or Ironside – is another armored car in our vehicular oddballs of World War Two. More than three thousand units of this said British vehicle were produced between 1940 and 1943. The design for the Ironside was based on the Humber Super Snipe chassis as well as the 4×4 Humber Heavy Utility car. Built by Humber, the Ironside was equipped with the No. 19 radio set and was employed by the RAF Regiment and the  Infantry Reconnaissance Regiments while in Western Europe, Tunisia, and Italy.

Three Ironside units were eventually converted for use by the British Royal Family and some of the cabinet members. They came to be known as the Special Ironside Saloons.

The Otter or the Otter Light Reconnaissance Car [Canadian GM Mark I] was a Canadian-built light armored car for the use of the British and Commonwealth troops during the Second World War. Based on the design of the Chevrolet C15 Canadian Military Pattern truck chassis, the armored unit used many components standard to GM.

The Otter was fitted with hull-mounted Boys anti-tank rifle and a Bren light machine gun which was placed in a small open-topped turret. The BA-64 – given the moniker Bobik – was a Soviet four-wheeled, lightly-armored scout car. It was used by the Soviet Army from 1942 until the 1960s for liaison and reconnaissance missions. It was not used during the Second World War but also the Korean War as well. Various Russian sources differ when it comes to how many Bobiks were actually produced. Nevertheless, the most frequently quoted number are over 9,000 units built by the GAZ automobile plant. However, its production was ceased in 1942 after an estimated number of 2,800 units were made. It was used by the Royal Air Force and the British Army for training and home defense service. Accordingly, the Beaverette was too heavy to maneuver making it hard for the soldiers to handle.

The Scout Car S1 was produced by Australia for the use of the US Army during the Second World War per request of the United States Army Air Force [USAAF] in 1942. This light armored car, built by Ford Australia, was used for patrolling and airfield defense. Only forty units of the Scout Car S1 were made. The Scout Car S1 could hold up to five crew members and was equipped with a .50 inch heavy machine gun and two .30-inch machine guns on skate rails.

The C15TA was an armored car built by the Canadians to carry load during WWII. It was developed from the Otter [see number 4] and was built by General Motors Canada in line with the concept for the American M3 Scout Car. 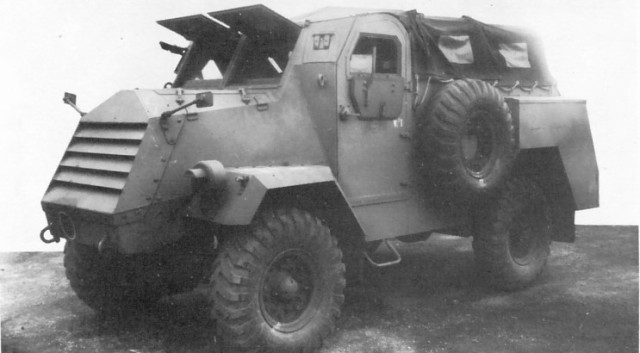 It was used in the Northwest Europe campaign during the Second World War by the Canadian and British units as an armored personnel carrier. It also served as an ambulance during the conflict.

After the war, the countries that took to using the armored car units included Belgium, Denmark, Norway, the Netherlands, Spain, the French, Portugal, South Africa and even the Federation of Malaya.

A number of the vehicles were used until the 1960s.

Named after the son of Attila the Hun, this armored scout car was made for the use of the Royal Hungarian Army for the Second World War. The 39M Csaba design was made by the Hungarian expatriate Nicholas Straussler. As a matter of fact, it was just one of the many armored car designs he made for Britain while he was living there in the years between the two world wars. Straussler, then, went into an agreement with the Weiss Manfred Factory — vehicles he designed will be produced by the latter for the use of his home country. The Csaba was the most prominent among all his designs.

A total of 101 Csaba units were manufactured by request of the Hungarian Army. Twenty of these were used in actual combat while the rest were employed as armored command cars and reconnaissance cars. This massive eighteen-wheeler armored car was developed by the Studebaker Corporation in 1944 for the US Army. However, it did not go past being a prototype as the actual production of the said vehicle was canceled in favor of a competing design made by Chevrolet — the T28 Armored Car.