From the Greek phalanx to Roman siege engines, plans by Leonardo da Vinci, and the wondrous imagination of H. G. Wells, the idea of the armored fighting vehicle– the tank–has crossed centuries and given rise to the technologically advanced land warfare systems that populate the armies of countries large and small today.

First appearing during World War I as unwieldy boxes mounted on tractor chassis and prone to mechanical failure, tank designs evolved into sleek weapons with the now-classic characteristics of speed, mobility, and firepower.

During the 1920s, American Maj. Gen. Adna Chaffee Jr., correctly predicted that mechanized armies would win the land battles of the future. Young US Army officers such as Dwight D. Eisenhower and George Patton risked their careers to champion the development of armored divisions. 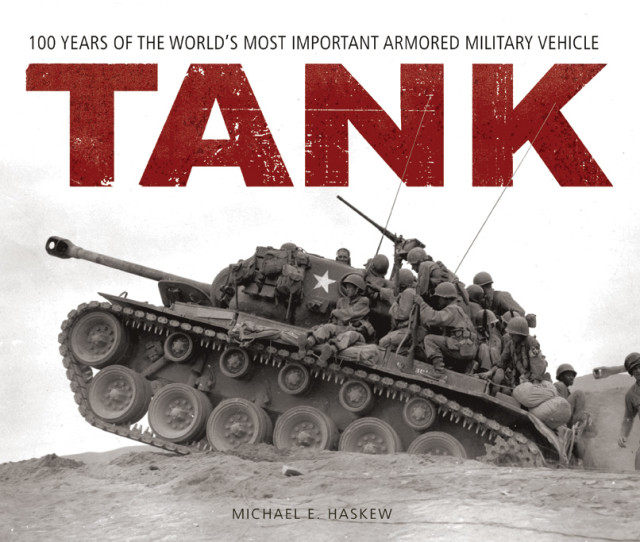 Modern tanks perform in both offensive and defensive roles, capable of exploiting breaches in enemy defenses and rapidly slashing into rear areas, disrupting communications, supply, and command and control.

In Tank: 100 Years of the World’s Most Important Armored Military Vehicle, noted military historian Michael E. Haskew is your guide to the complete 100-year history of these unparalleled machines. He starts with the development of early tanks,
moves on to the uses of tanks in World War I, World War II, and the Cold War, and covers the modern armored fighting vehicles in use during the Gulf Wars and in conflicts right up to today. 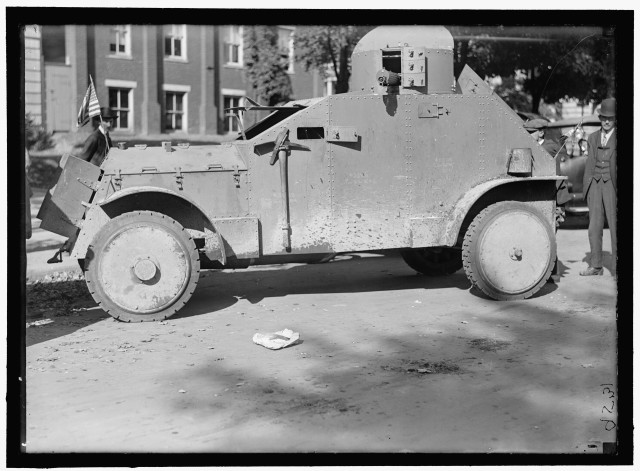 The White Model 1917 4X2 Armored Car is representative of the evolutionary process that occurred with American-designed fighting vehicles during World War I. The Model 1917 weighed nearly four tons and was powered by a forty-five-horsepower, four-cylinder, liquid-cooled engine that produced a top speed of forty miles per hour. It was armed with a single .30-caliber machine gun and carried a crew of three. The armored exterior was fashioned by Van Dorn Iron Works of Cleveland, Ohio. Although the Model 1917 was field-tested at Fort Sill, Oklahoma, in the latter years of the Great War, it never entered production. Library of Congress 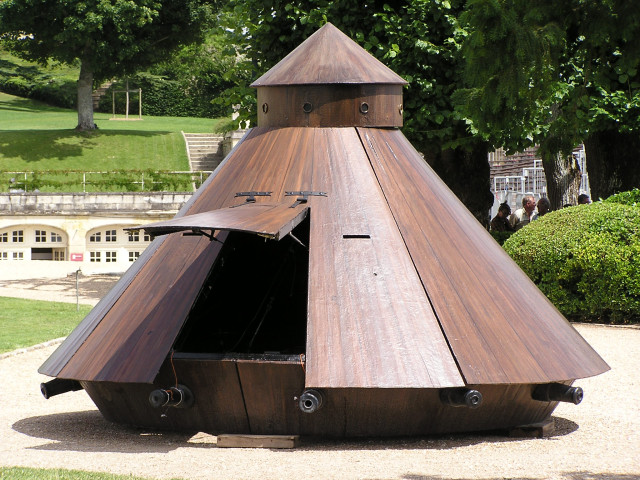 Da Vinci’s famous fifteenth century drawings of an early tank were actually followed several years ago in the construction of the inventor’s armored vehicle. Although the tank was never expected to actually traverse open ground, the construction process demonstrated that it was feasible to build such a machine. Its internal workings included a pair of large cranks that turned a system of wheels. National Archives 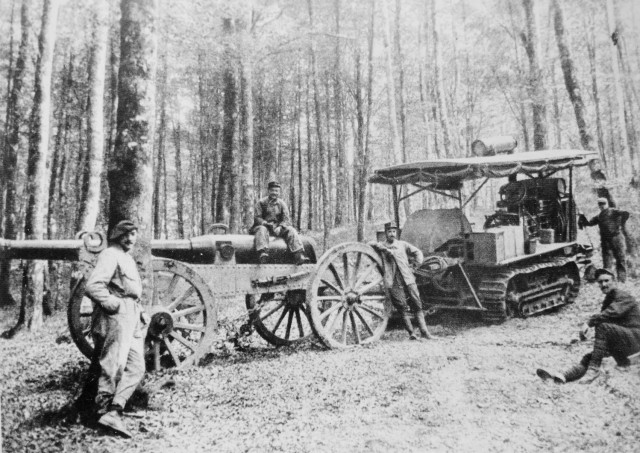 Holt tractors were used extensively during World War I as prime movers of artillery pieces. Prior to the Great War, the Holt tractor also served as a practical demonstrator of the caterpillar track, a system that was eventually considered ideal for the movement of tanks and armored vehicles. In this photo, French soldiers use a Holt tractor in the spring of 1915 to move a heavy cannon through the Vosges Mountains. National Archives 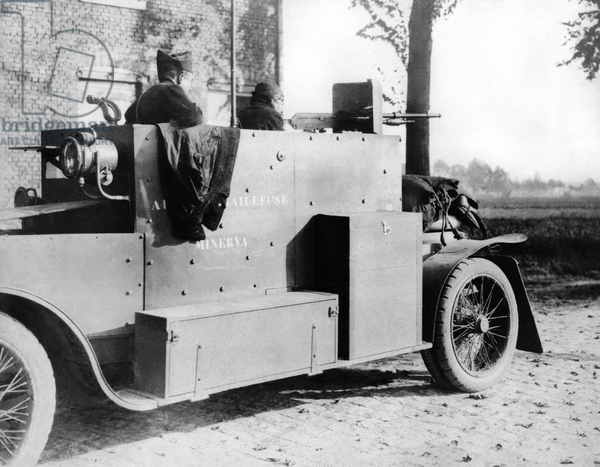 This rare photograph of an armored car in action during World War I depicts a Belgian Minerva vehicle manned by two crewmen returning fire against advancing German infantrymen. The image was captured in 1914 during the opening weeks of the war as the Germany Army crossed the Belgian frontier without provocation during its opening offensive against the French. At the time, the Belgian Army was among the leading military forces in Europe in the development and deployment of armored cars. Underwood Archives/UIG/Bridgeman Images 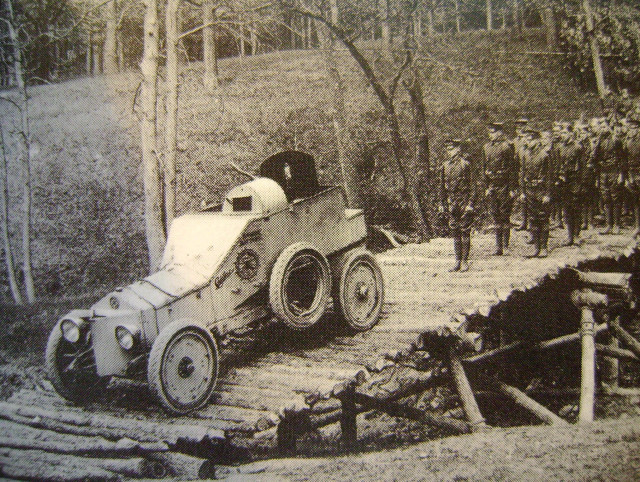 As early as 1909, forward-thinking Davidson-Cadillac designers were working with a semi-armored antiaircraft vehicle mounting machine guns. In this photo, a soldier appears to be leaning forward to manipulate gears as others fire the two machine guns aboard the vehicle. National Archives 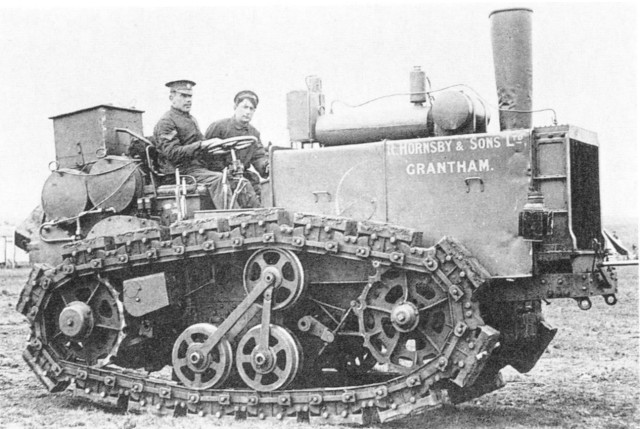 The British firm Richard Hornsby & Sons’ tractor with caterpillar tracks was the final nail in the coffin of French Army Capt. Levavasseur’s “automobile cannon project.” Levavasseur’s design incorporated an armored box-like crew compartment and caterpillar tracks, but it was plagued by problems with its steering and drive mechanism; the Hornsby machine was operational. Zenith Press collection  PAGE 28 “Little Willie” was a prototype tank developed by the Royal Navy in 1916. It required a crew of six and had a top speed of two miles per hour, but its performance was promising enough to warrant a larger prototype. Notice the trailing wheels to aid steering. Zenith Press collection

“Little Willie” was a prototype tank developed by the Royal Navy in 1916. It required a crew os six and had a top speed of two miles per hour, but its performance was promising enough to warrant a larger prototype. Notice the trailing wheels to aid steering. Zenith Press collection 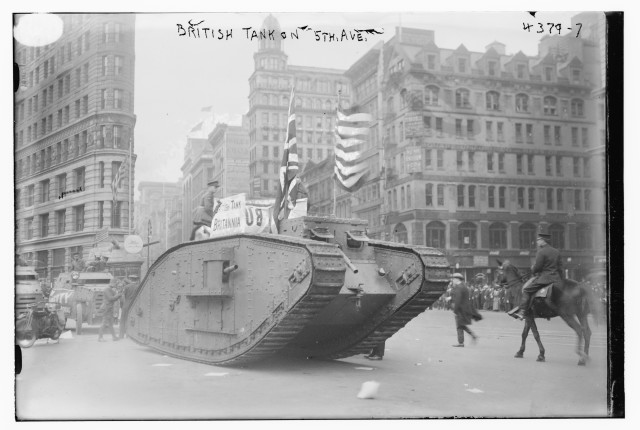 British tank “Britannia” creeps up Broadway in New York City past the Flatiron Building during a parade to promote the Hero Land benefit (see page 49). Although the US government sold debt instruments to raise money during the Great War, the United States was also a creditor for numerous Allied countries. When the war ended, the nation was owed millions. Library of Congress 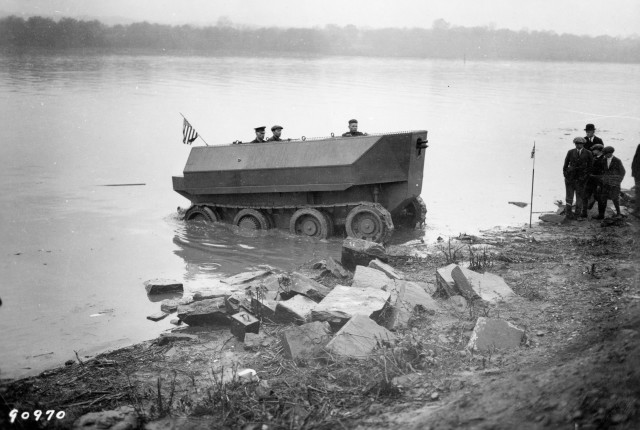 American soldiers demonstrate one of the world’s first amphibious tanks during exercises at Fort Myer, Virginia, on April 26, 1924. Although the soldiers are showing their enthusiasm with the US flag prominently displayed from the stern of the tank, the seaworthiness of its design is somewhat questionable. National Archives 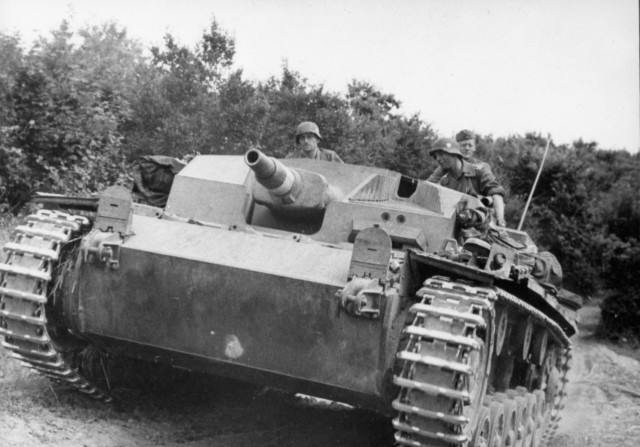 This early version of the German Sturmgeschütz III tank destroyer is put through its paces during a training exercise. The Sturmgeschütz self-propelled assault gun provided close infantry support and operated as a tank destroyer as well. The turretless assault gun was cheaper to manufacture in wartime Germany, and the model proved so successful that independent Sturmgeschütz combat formations were actually fielded as the war progressed. National Archives 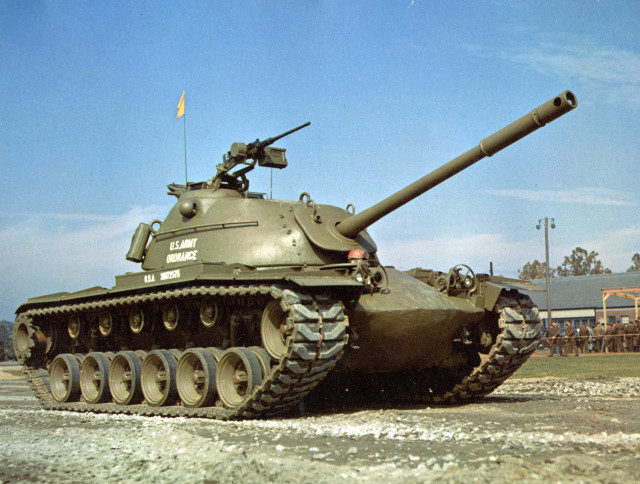 An M48 Patton tank takes part in demonstrations at Aberdeen Proving Ground, Maryland, in conjunction with the evaluation of other weapons. The M48 served with the armed forces of numerous countries from the mid-1950s through the 1990s, and some remain in service today. Initially, its main armament was a 90mm gun. This was upgraded to a 105mm main weapon in subsequent variants. National Archives 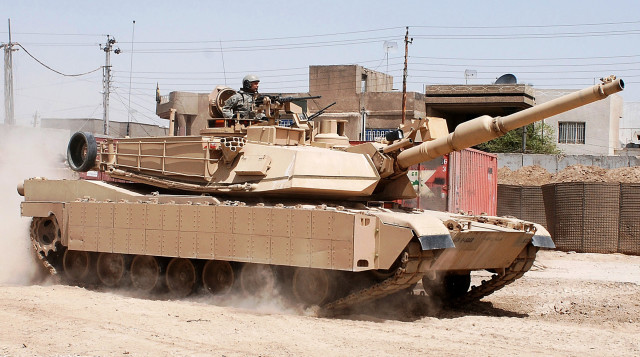 As it churns the desert sand, this Merkava IV main battle tank of the Israeli Defense Force is representative of the latest variant of a basic platform that dates back to the 1970s. The Merkava was the first armored vehicle of its kind designed and built in Israel. This particular Merkava IV utilizes the Trophy active detection system, also known to the Israeli military as Windbreaker, which is capable of intercepting incoming antitank missiles. IDF Spokesperson Unit/Creative Commons