In today’s “It’s a small world” file, I’m going to go back to the recent article I put up about how the Devers mission ended up almost interned in Ireland. A couple of days later, an unexpected ticket ended up in the customer support queue, from a somewhat irked lass wanting to be put in touch with Bob about the article. Customer Support forwarded it on to me as Bob was unavailable.

It turned out that what had happened was as follows.

You will recall that the junior member of the Devers mission was a Major Hormell who, in addition to being the USAAF representative on the mission, turns out was also GEN Devers’ aide and pilot. It further turned out that his great-grandson plays World of Tanks. Upon reading the article, he passed it up the chain and the woman who contacted me was none other than Colonel Hormell’s daughter. Who then proceeded to set me straight about a rather egregious mis-spelling of his name in the article. For which I apologise and have since corrected.

Of particular interest, however, is that she was able to track down the description of the landing in Ireland as written by COL Hormell in a letter to a Sgt Brendan O’Hagan. Of interest, according to COL Hormell’s daughter, there was something of a gag order on the incident in the US until the 1990s, but obviously that didn’t apply in Ireland, where there was some interest in the crash over the years given that US Army senior leaders don’t normally fall from the skies in Galway.

So, with thanks to the Hormell clan, a copy of his letter. 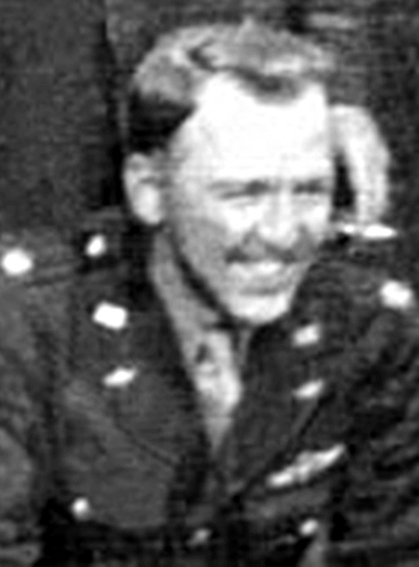 Our mission was to evaluate American tanks in N. Africa. At that time, the Germans with their 88mm guns were knocking out the American tanks with ease. Gen. Devers, along with 8 other officers of the Ordnance and Armored Forces, went to N. Africa to get first-hand observations of this equipment. The British had stopped Rommel at Marble Arch, just west of Cairo. We stayed with the Brits for 2 days and then flew to Constantine, where we stayed with American troops for 3 days and then drove to Algiers.

There, arrangements were made for the B17 assigned to Gen. Eisenhower to take our party back to England. We were to fly to Malta for refueling, and then to Lambs End, England. We were stuck in Malta for 5 days due to the weather in England.

We finally left Malta at dark for a night flight to England under blackout conditions (no running lights or cabin lights), because the Germans were patrolling the area day and night. The path was to be 100 miles west of the coast of Portugal and France.

We flew for 8 hours with no landfall in sight. Our fuel was running low, we were way overdue, and frankly, I was getting nervous. As the Senior Air Force Officer on board, I went to the cabin to check on our situation. Due to faulty instrument lighting, the pilot had placed flashlights to shine on his compass. I told the pilot to remove the flashlights, and the compass bearing fell back to an accurate reading. I then ordered the pilot to take up a heading of 90 degrees east. I did not care where we ended up; I just wanted to see land.

About an hour later landfall was made. We did not know where we were, as no maps of South Ireland were on board. To add to the confusion, the “Mayday” from our aircraft went unanswered. 2 engines of the craft were feathered to conserve fuel. We circled for about 20 minutes and selected a likely field for forced landing. All fields in that part of Ireland were bordered with stone fences. With wheels down, flaps fully extended, landing was made. Our brakes were useless because of the green turf. The B17’s nose went over the fence at the end of the selected field. The plane was damaged, but there were no injuries to personnel. We were greeted by several of the local Irish people. (As a note – the plane was carrying a quantity of citrus fruit to troops in England. This was distributed to the on-lookers and made quite a hit).

All baggage and personal effects on board were confiscated by the Irish Army and held until our so-called “liberation” was arranged. After dark that night, we were loaded into vehicles, taken to the border, and turned over to the American troops in N. Ireland. At Belfast, we were put aboard a boat and preceded to Prestwick, Scotland. The aircraft was disassembled, taken to Belfast, and then returned to the U.S. The crew of the B17 was sent back to the states, disposition unknown. 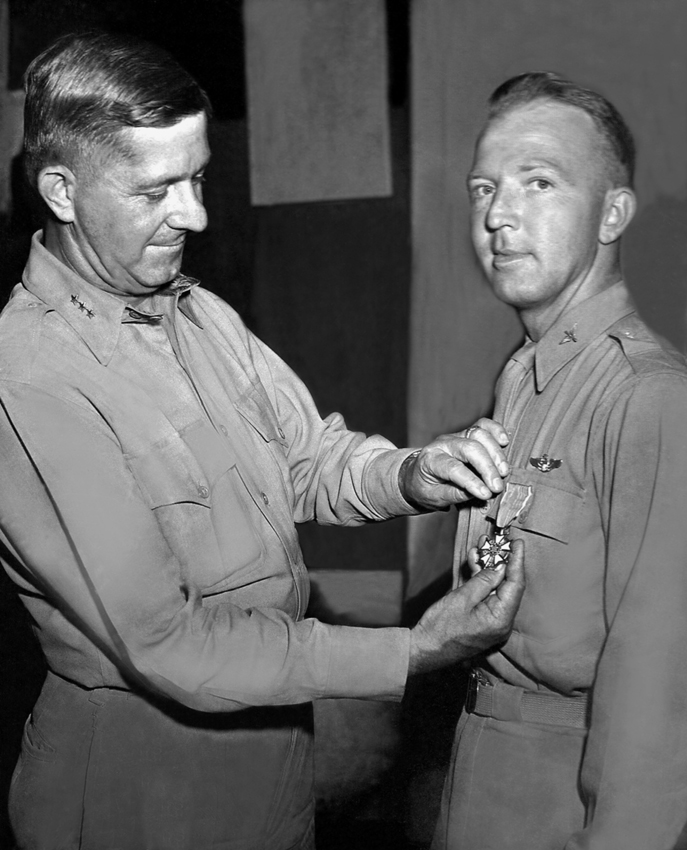 Image above is GEN Devers awarding MAJ Hormell a Legion of Merit.

Considering how many years have passed by, it’s always nice to come across first-hand information.