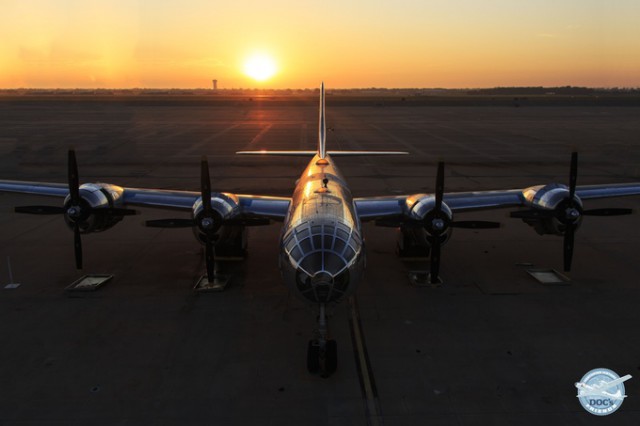 This fully restored bomber is the second and last-known airworthy B29. With your help, Doc will be sent through flight testing.

After spending 42 years deteriorating in the western Mojave Desert at the U.S. Naval Weapons Testing Center, B-29 Doc was rescued in 1998 by Tony Mazzolini and an intrepid group of volunteers. Despite initial roadblocks, Mazzolini’s passion and persistence are now paying off and will soon culminate in the form of a flying tribute to the Greatest Generation. 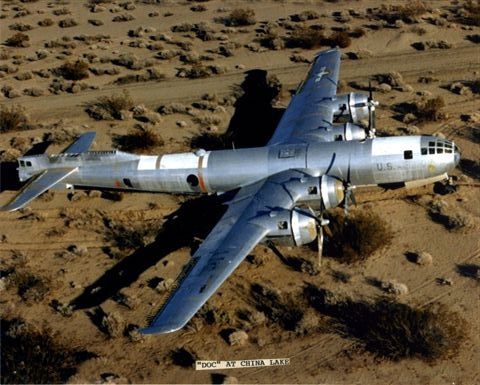 Since the year 2000, thousands of aircraft parts have been donated and refurbished in-kind, and more than 300,000 volunteer hours have been invested toward bringing Doc back from the brink of destruction.

Doc will be one of only two airworthy Superfortresses worldwide, and there are no known remaining B-29 airframes restorable to flying condition. Doc’s permanent home base will be Wichita. However, the aircraft will serve as a flying museum with a specific mission: 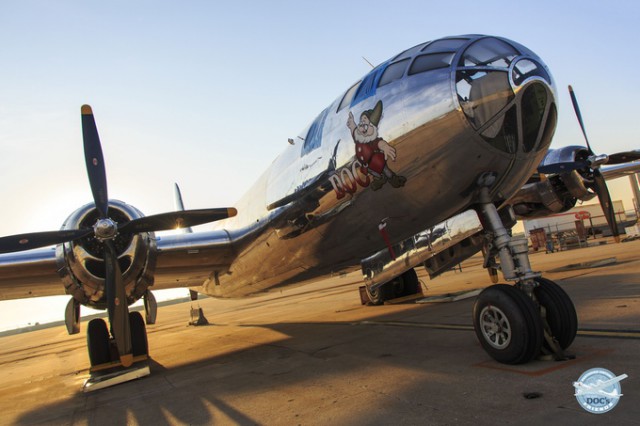 – Honor the men and women who sacrificed so much for the freedom of others – including those who designed, built, maintained and flew Doc during and after WWII.

– Educate today’s and future generations on the contributions made by the Greatest Generation during wartime.

– Connect people with their rich heritage and offer enthusiasts the thrill of experiencing a B-29 up close.

Cleared for Takeoff – We Need You

This is your opportunity to be a part of history. Your contribution can literally write your name on the future of this glorious flying museum. Your support of our flight-test program will help expedite the launch of Doc’s bold new mission. But the costs associated with flight testing are considerable. The estimates below demonstrate the magnitude of the resources required. Volunteers have been the backbone of this enormous restoration project, but now it’s going to take additional financial backing as well.

Operating expenses to get through flight-testing and certification will be significant. But with your help, we are determined to succeed. Approximate costs consist of:

Doc Rises: The B-29 that Cheated Fate 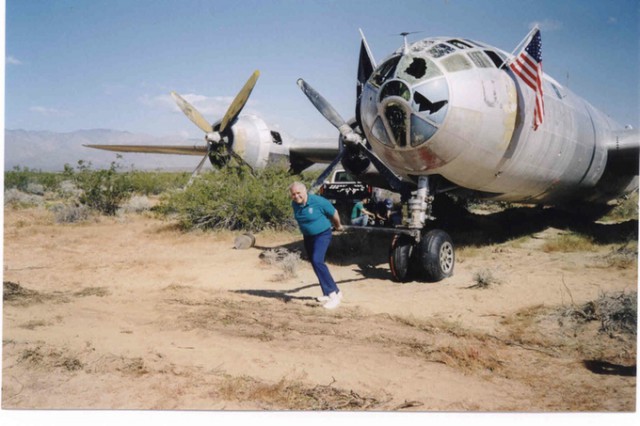 The giant bomber was first assigned to a B-29 squadron ironically named after Snow White’s Seven Dwarfs. Arriving too late to fly bombing missions in the Second World War, Doc would serve as a radar trainer during the Korean War.

Doc lives today, having narrowly escaped destruction by friendly fire. Unlike many of its fellow B-29s languishing in warbird boneyards, Doc somehow escaped its fate as a practice target.

In 1987, a group led by Tony Mazzolini and backed by the United States Aviation Museum formed a plan to restore Doc, by then a very rare, mostly intact B-29. In 1998, Doc was finally rescued and subsequently delivered to Wichita in 2000.

In 2013, “Doc’s Friends,” the nonprofit, volunteer-powered organization was formed to complete the restoration. It is led by retired Spirit AeroSystems CEO Jeff Turner, along with other Wichita business leaders.

In the days since Doc’s rescue, as in the urgent days of WWII, the energy of hundreds has again focused on getting the B-29 in the air. This time they’re volunteers. Dozens upon dozens, dedicating their time and energy to Doc and to the history of service and sacrifice the aircraft represents. 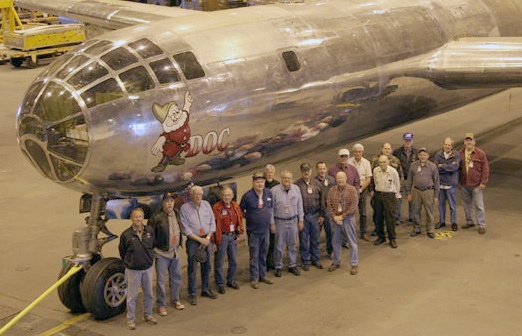 From mechanics, engineers, electricians and other technicians to those who have provided parts, equipment, tools and other services. Many volunteers have worked on parts and pieces of Doc at shops, in hangars and in their own garages scattered across the Wichita area.

Others have toured the nation, going to airshows and promoting the dream of getting Doc back into the sky. Some are descendants of WWII aircraft industry employees. One is a veteran B-29 pilot, and another has worked as a riveter on Doc just as she did on the original B-29s at the original Boeing plant. 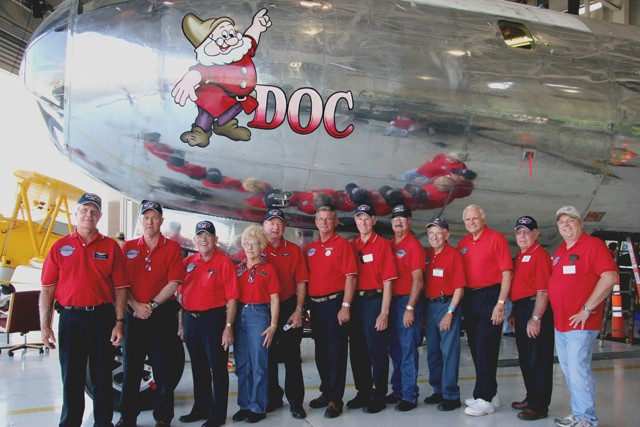 Powered by modern hybrid versions of the original engines, Doc will be one of two flying B-29s in existence. Doc’s itinerary: flying into the hearts and minds of the next generations at airshows and events nationwide.