The Boeing AH-64 Apache is an attack helicopter which has a tandem cockpit for a two-man crew.

It’s armed with a 30 mm M230 chain gun carried under the aircraft’s forward fuselage. On the stub-wing pylons, there are four hardpoints mounted which typically carry a mixture of Hellfire missiles and Hydra 70 rocket pods.

The Apache prototype had it’s maiden flight on 30 September 1975, in 1982 it was approved for production and it entered service in April 1986 replacing the AH-1 Cobra. Over 2000 have been built since, and tt has been in continuous production.

It saw combat for the first time in Panama, in 1989 and saw action in every conflict since.

During Operation Desert Storm, the liberation of Kuwait, the Apache’s launched the first strike when they took out Iraqis radar network.

A total of 277 AH-64s took part in During the 100-hour ground war, destroying 278 tanks, a large number of armored personnel carriers, and other Iraqi vehicles. Only one AH-64 was lost when it was hit by an RPG at close range, the Apache crashed but the crew survived, a testimony to the design.

Roughly 450 to 500 Iraqis, the better part of an Iraqi infantry battalion, surrendered to Apache gunships, which were armed with rapid-fire 2.75-inch rockets. 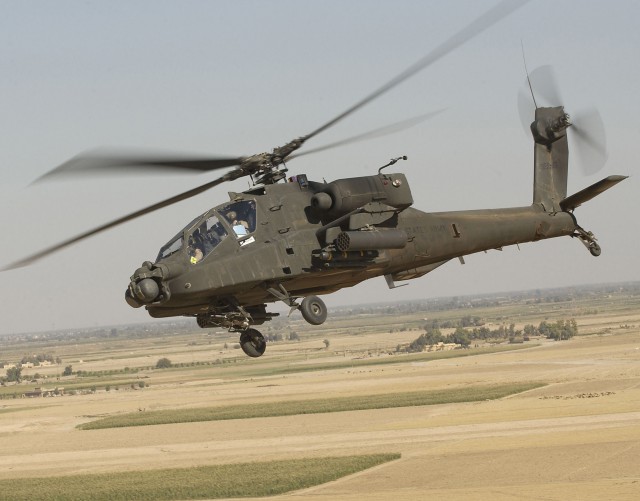 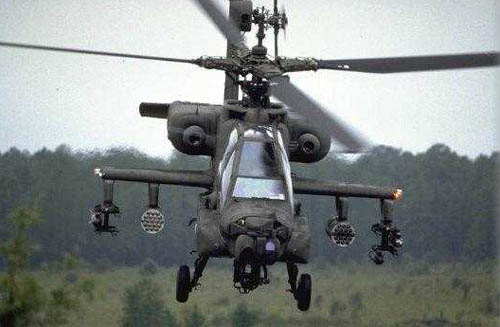 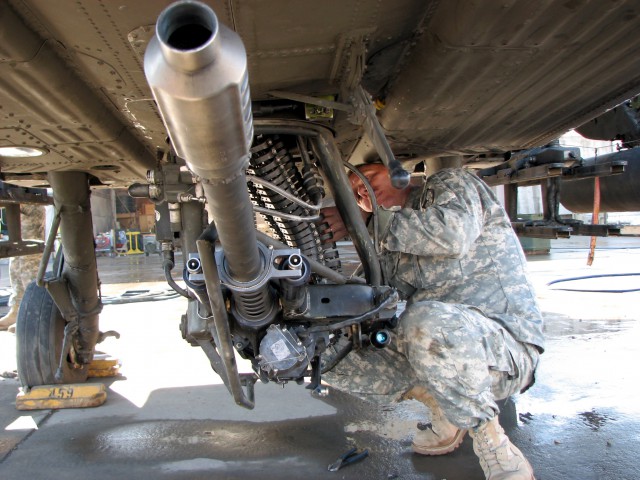 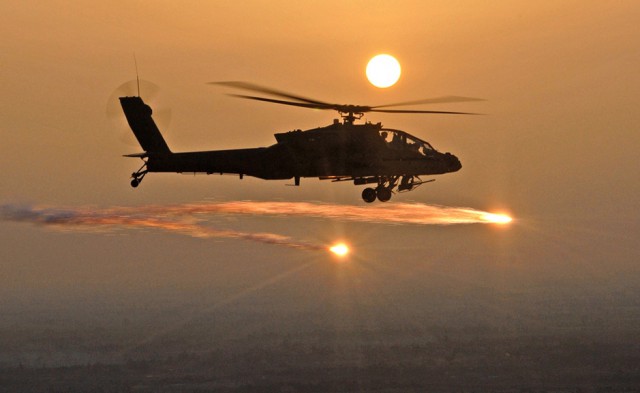 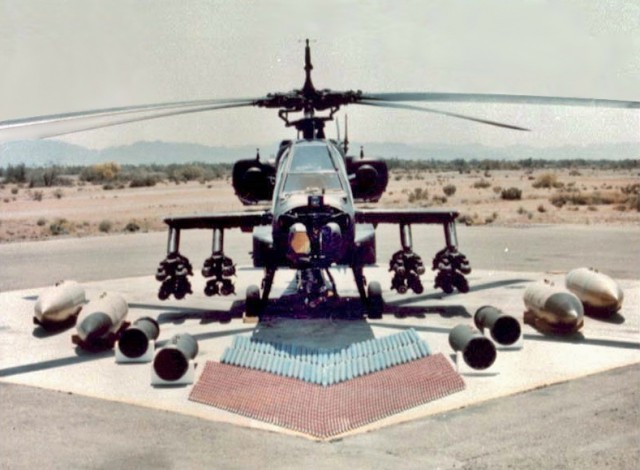 Weapon loadout of the AH-64 Apache 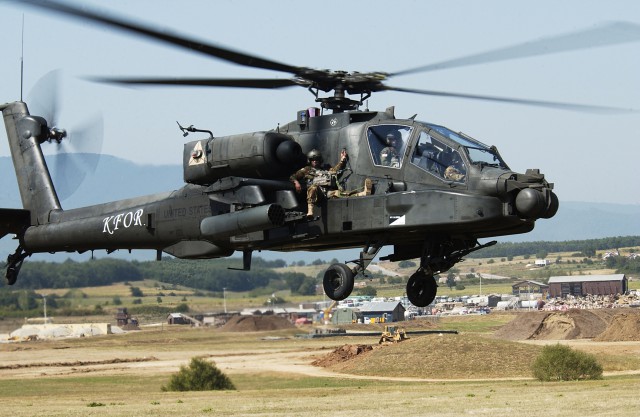 AH-64 during an extraction exercise at Camp Bondsteel, Kosovo, 2007. Note the soldier on the avionics bay 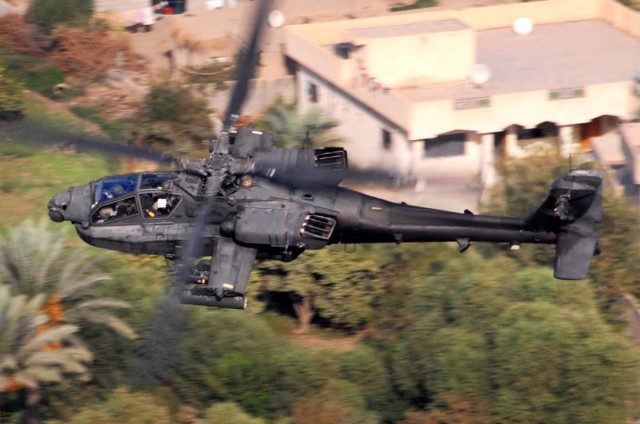 AH-64D Apache flying over Baghdad, Iraq in 2007, on a reconnaissance mission  Photo Credit 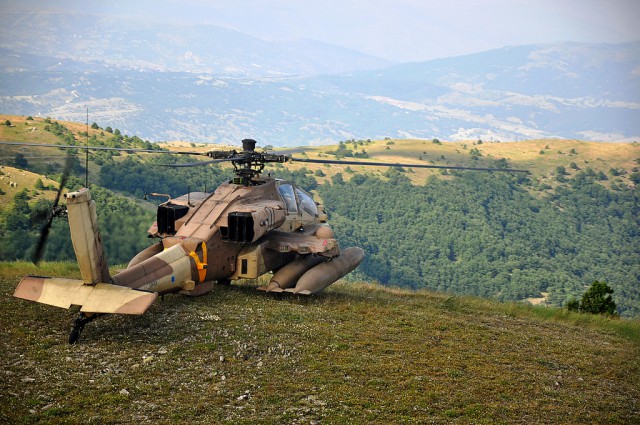 Israeli Air Force AH-64D “Saraph” during an exercise with the Hellenic Air Force in 2011. 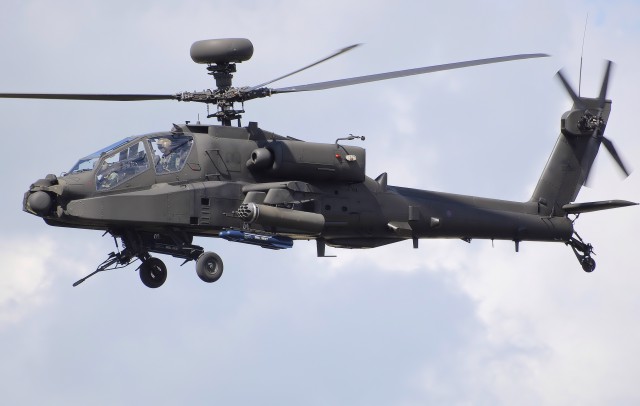 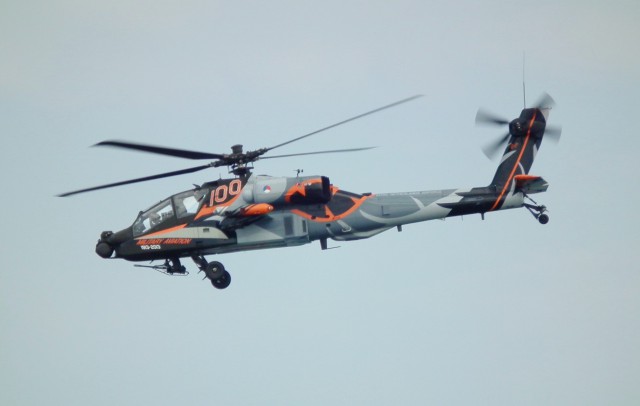 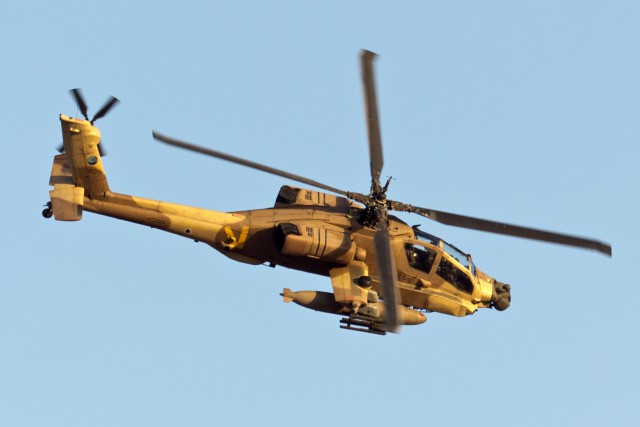 An AH-64E Apache from 1st Battalion, 25th Aviation Regiment, 25th Infantry Division, takes off from its landing pad after arming and refueling during the unit’s rotation at the National Training Center on Fort Irwin, Calif., May 21. 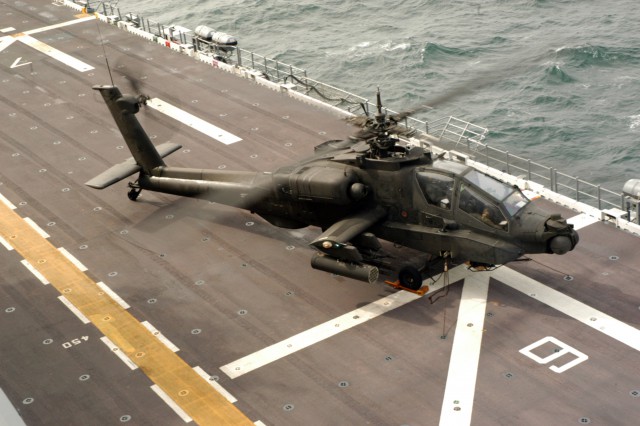 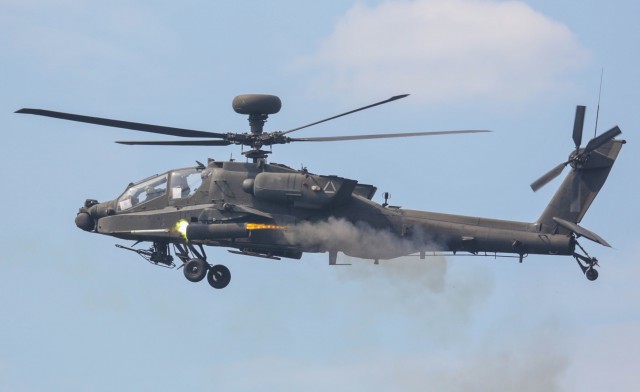 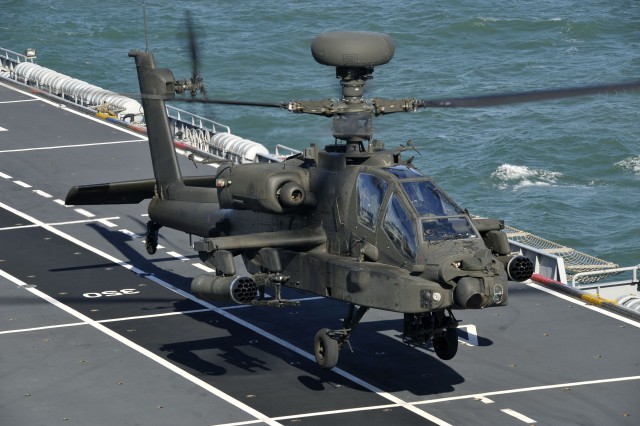 An Army Air Corps Apache attack helicopter takes off from the deck of the Royal Navy’s amphibious assault helicopter carrier HMS Ocean, the first to do so for 5 years. HMS Ocean was conducting training off the coast of Suffolk, enabling the helicopters to have a short journey back to their base at RAF Wattisham. – Photo Credit 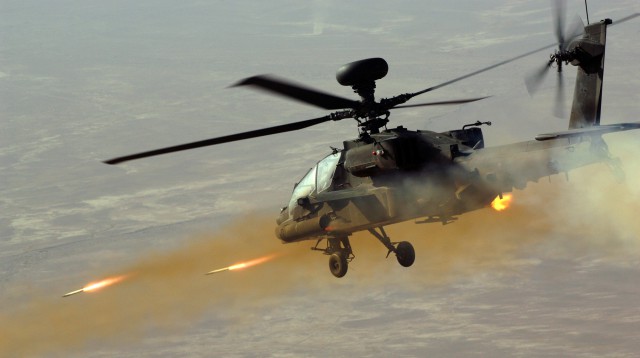 An Apache Attack helicopter of the Army Air Corps in Afghanistan fires rockets at insurgents during a patrol in 2008. – Photo Credit 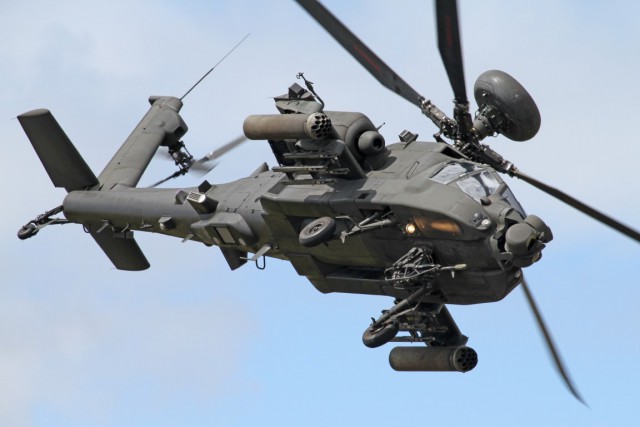 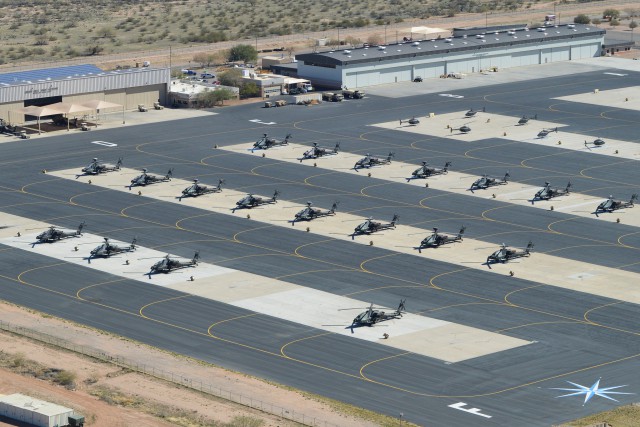