We’ve flipped through the pages of aviation history to bring you ten of the biggest, heaviest, weirdest and most astounding aircraft ever built. 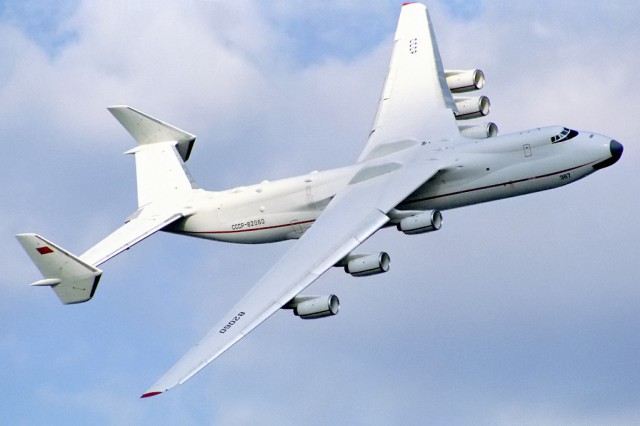 With an overall length of 84 metres and a maximum takeoff weight of 640 tonnes, the An-225 is officially the longest and heaviest aircraft ever built. The An-225 was originally designed by the Antonov Design Bureau as a transport for the Buran spaceplane, but after the end of the Buran program, the An-225 became a commercial cargo aircraft.

In 2009, the An-225 set the record for the heaviest single item sent via air freight. The item was a generator for an Armenian gas power plant, and it weighed in at 189 tonnes. 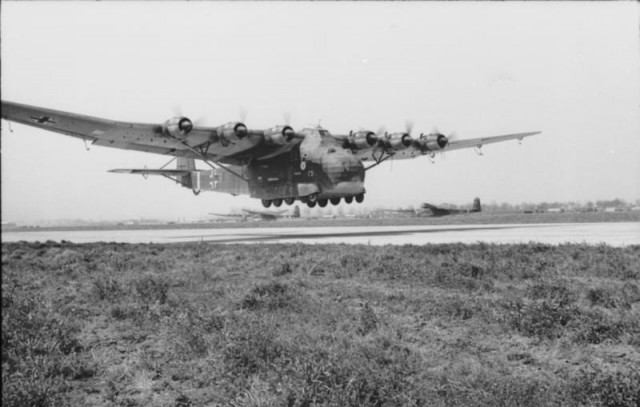 This WWII German Transport really lived up to its name. Originally designed as a transport glider, the airframe was later fitted with six radial engines, allowing it to airlift an 88mm gun and its half-track or a Panzer IV.

The Gigant was used extensively during Rommel’s campaigns in Africa, but the slow moving aircraft suffered heavy losses at the hands of allied fighters. 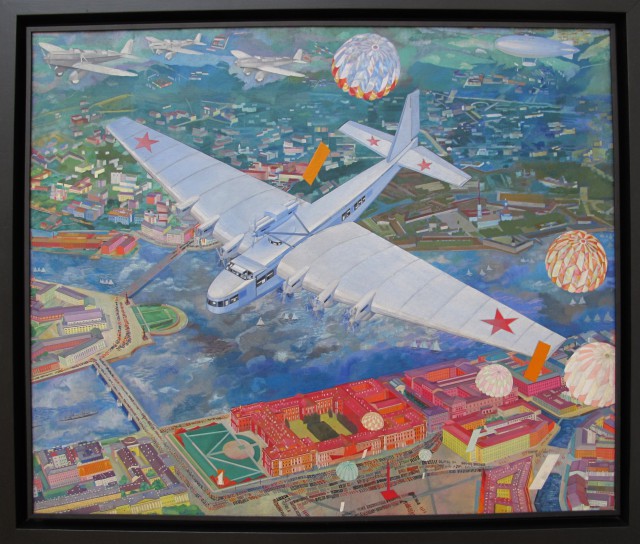 Conceived by the Soviets in the early 1930s as a “Voice in the Sky” from which to broadcast Stalinist propaganda. The first completed model, named after the Soviet writer Maxim Gorky, carried a radio station, printing press, library, and a film projector with sound.

The first plane crashed during a demonstration flight killing 45. 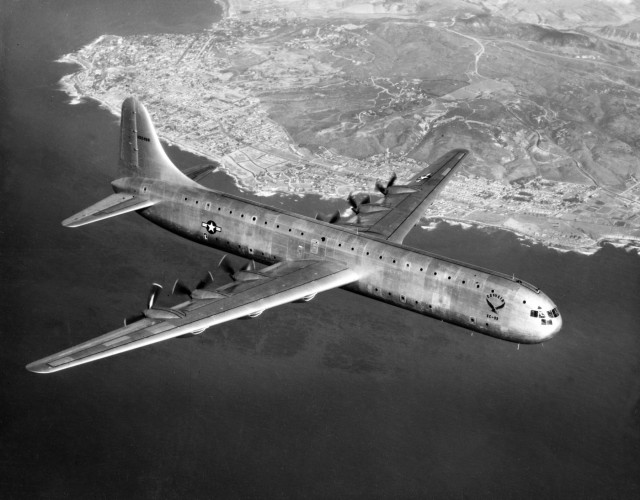 The XC-99 was the largest piston engine land based aircraft ever built. Powered by six engines in the pusher configuration, this aircraft was known for heavy lifting and for turning heads wherever she travelled. Although only one aircraft was ever built, it had a prolific career hauling heavy cargo loads throughout the Korean War.

The airframe currently resides in Tucson, Arizona, where it awaits restoration for museum display.

One of the most unique aircraft on this list, the R.II was little more than an a standard biplane blown up to three times its original size. With four engines powering a 6.9-metre tall propeller, the largest propeller ever mounted on an aircraft, the R.II was the largest single prop airplane ever to fly.

Developed by the Germans for WWI the airplane was not ready for flight until after the war had ended. 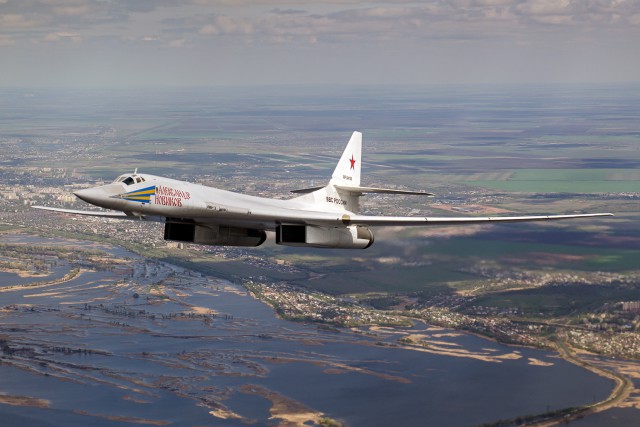 The Tu-160 is the largest combat aircraft and the largest supersonic aircraft ever built. This swing-wing strategic bomber was the last of its class and fulfills a similar role to the American B-1 Lancer. This bomber is still in use by the Russian Federation and has carried out attacks on ISIS targets in Syria. 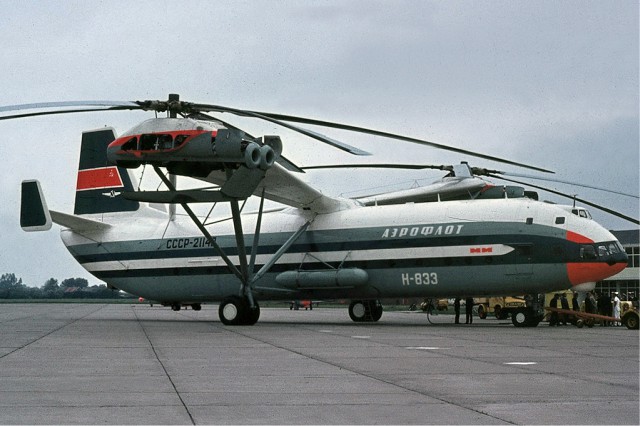 A truly astounding aircraft, the Mil V-12 is easily the largest helicopter ever built. With two tremendous rotors powered by four turbine engines, the V-12 was capable of lifting over 40,000 kilos of cargo. An unconventional success story, the V-12 performed above and beyond its design specifications and the prototypes set several world records for cargo lifting.

The Soviet Air Force did not pursue production of the aircraft because its intended mission of transporting ballistic missiles was no longer a priority. 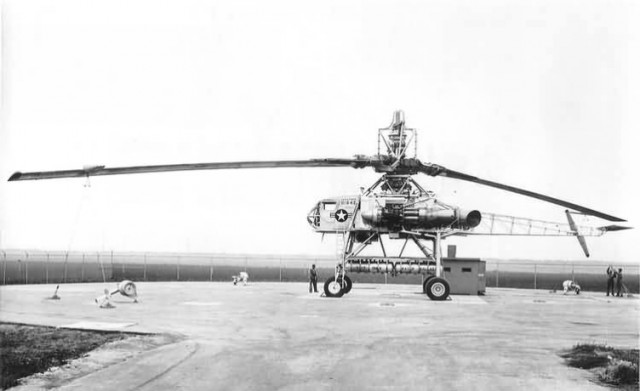 Conceived in the early 50s as heavy lifting helicopter for the US military, the XH-17 was a sight to see. A single 39.6-metre long rotor driven by tip jets rather than the conventional drive shaft allowed the XH-17 to lift more than 4,500 kg.

The unique drive system reduced torque but also degraded efficiency so much so that the helicopter could only travel about 40 miles on a single tank. 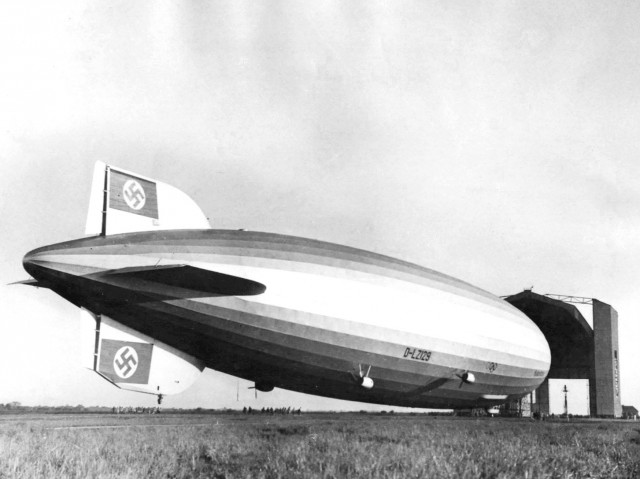 No list of large aircraft would be complete without mentioning the single largest aircraft ever to fly. 245 metres tall and 40 metres high, the infamous Hindenburg was designed as a passenger airship for transatlantic flights. Almost everyone is familiar with the Hindenburg disaster, where the fateful airship caught fire while mooring, killing 36.

What many people do not know is that the Hindenburg was used as a tool of Nazi propaganda, broadcasting radio speeches and music and dropping leaflets across Germany. 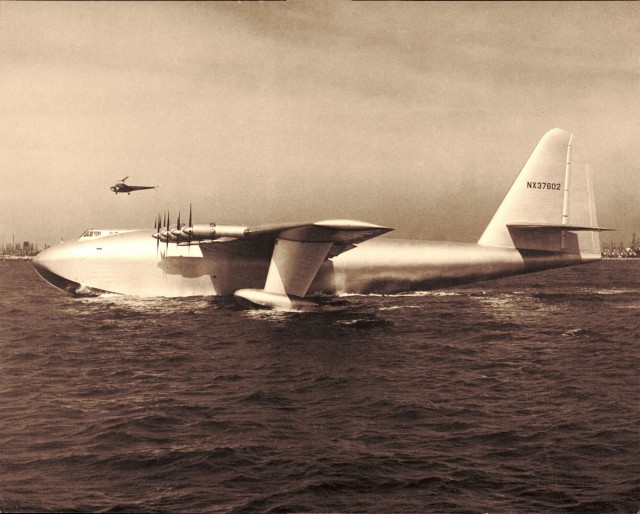 Also known as the Spruce Goose, despite its all birch construction, the H-4 was built during WWII as a transatlantic transport craft. Although it was not completed before war’s end and despite the fact that it only flew once.

The legendary Spruce Goose remains the largest flying boat ever built and retains the record for the longest wingspan of any aircraft ever, at 97.5 meters.