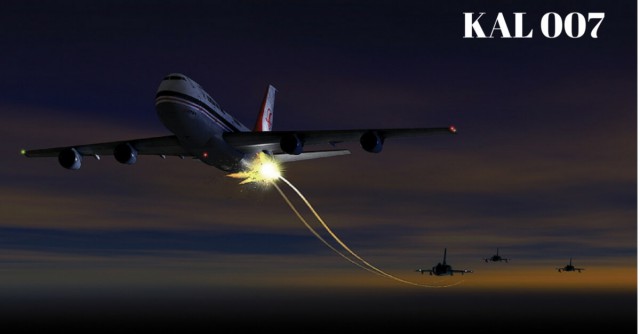 It was the morning of September 1, 1983. I walked through the security door at 5:15 am, just as I had been doing for the past 10 months. But this time something was different. There were people all over the place. The full bird colonel flew by me at breakneck speed, his face red with tension. In fact, everyone was flying around the joint.

Whatever it was, it was hot, and the first place to go was the 24-Hour Watch. I rushed in and asked the first person I saw, “What’s going on?”

“You don’t know?” the officer asked as he swiftly moved by me with a stack of reports in his hand.

“No sir,” I answered, practically jogging to keep up with him.

A South Korean airliner went down last night over Sakhalin Island,” he explained.

“What the hell was a Korean airliner doing up there?” I asked in shock, knowing Sakhalin Island was Soviet territory.

“We don’t know. But we do know it had two hundred and sixty-nine people onboard, and sixty-one were Americans! You need to see your officer in charge,” he ordered as he scrambled off.

After quickly digesting the event, I walked to my office and went to my buddy, Sergeant Kensik.” Ron, what’s all the huff about this civilian airliner, and why are we getting involved?”

“The Soviets shot it down,” Ron touted.

“What? Why? Why would they shoot down a civilian airliner?” I queried in disbelief.

“They must’ve thought it was one of our recon birds,” Ron hypothesized.

“Why would they shoot down a recon? We fly up there every day.” 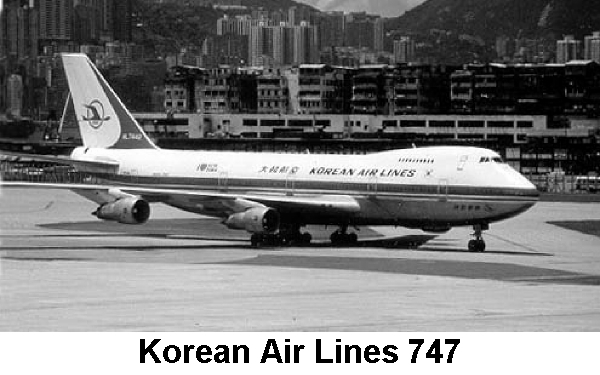 I knew the reconnaissance bird’s procedures – they stayed over international waters and flew at least three missions every day. Are the Soviets trying to hide something? Why do they think this particular flight was a threat?

Ron answered my thoughts. “According to our sources, the airliner flew right over Sakhalin Island,” he finished as he directed me to the communications center.

As we walked to the center, I asked, “What do I need to do?”

Ron explained that The Watch had been assigned to keep an eye on the China desk for me and that my computer battle of order research skills were needed in the War Room.

As I walked into the War Room, there were actually people: the three-star, the one-star, and a bunch of colonels. Hell, this was our lunch room most of the time. Ron led me to my colonel, and I was immediately sent to gather information about specific aircraft and ships our pilots were reporting in the search and rescue area – what bases were they coming from; how many at each base; what ships were currently at Soviet ports; where were the rest of the Soviets’ ships, etc..

I flew to the computer and pulled the information in a few minutes and rushed it back to the colonel. He told me to give it to my fast-burner, buddy Sergeant Faircloth whom I was to work with during the ordeal.

Sergeant Faircloth grabbed the information and began updating the latitude/longitude map as he plotted updates from the Communications Center’s runner.

“What’s all the activity?” I asked.

He quickly informed me that we had navy search and rescue aircraft and ships trying to locate the crash site. After I pointed to the red flight patterns, Faircloth answered before I asked, “Yeah, they’ve been doing this all day. As soon as one heads back, another heads in. They’re coming in pairs too.”

These red flight patterns were Soviet.

“Are they finding anything?” I wondered out loud.

Faircloth stopped what he was doing. “No, there are no survivors. That missile must’ve blown the plane to little pieces. All they’ve found is floating debris.”

“Then what are we doing?” I quizzed in puzzlement.

Sergeant Faircloth explained that the Soviets were denying that they had done anything. They were saying that although they saw the plane cross Sakhalin on radar, all they did was escort it out of their airspace. We knew they did it from classified sources. And they knew they did it. But they also knew that we couldn’t pin it on them without revealing our sources. What we needed was to find the “black boxes” before the Soviets did. 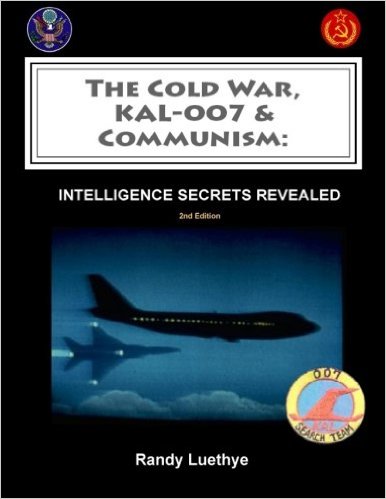 Now available on Amazon at http://amzn.to/1Gw9zzn.