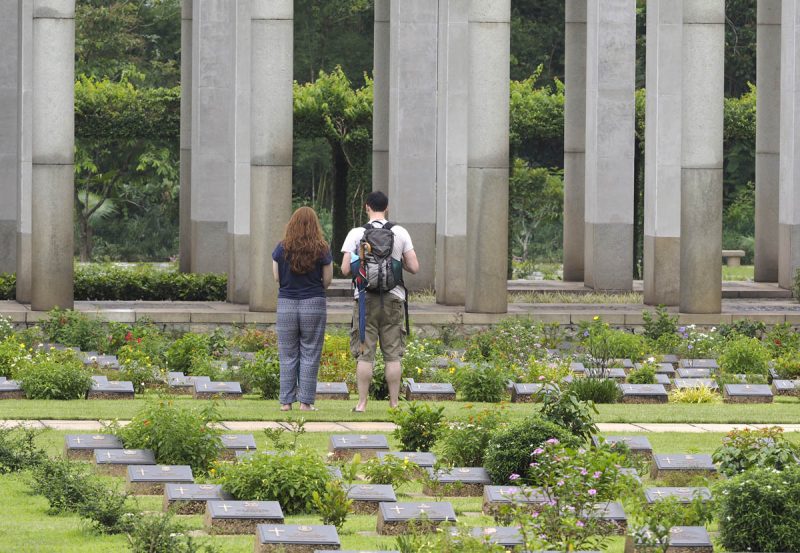 Although now 70 years ago the often then fierce jungle battles of the Burma campaign are in fact now virtually a lifetime in the past. But walking around the Kaukkuan cemetery in what was Rangoon in 1944 it occurred to me that only now should many of those soldiers be dying.

Perhaps now in their old age having experienced the 20th century developments of jet air travel, of TV and of the brave new world of the Internet. However these men, most in their twenties now lay under the tropical red earth of what they knew as Burma and today we know as Myanmar far from their homes.

The foreign fields that are forever Britain, Canada, Nigeria, India and even West Africa as is the phrase and was made even more poignant for me by the fact that the remembrance cross and memorial plinth at the front of the cemetery is made from stone hewn from where I live at Portland, Dorset in the UK. 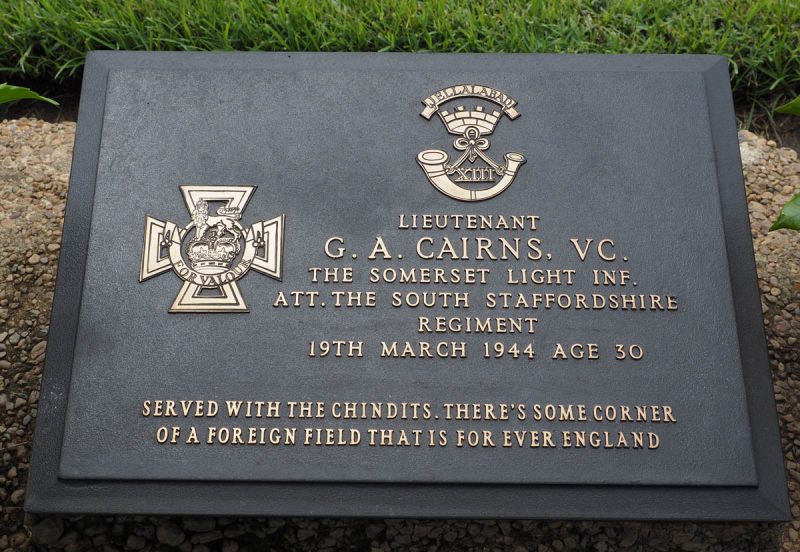 The simple brass plaques mark 6,374 graves of soldiers, airmen and sailors many known but even more sadly 867 unknown! Engraved on the main memorial are the names of 27,000 Commonwealth service people who died in the Burma campaign fighting the Japanese.

In what is now known as Yangon this large cemetery around 40 minutes drive north from its airport and even today a place of pilgrimage for travellers from the countries already listed. But I also found during my visit people from many other nations who’s ancestors were maybe directly or not directly affected by the events of the Second World War and if they were these are grand and great grandchildren who are now visiting. 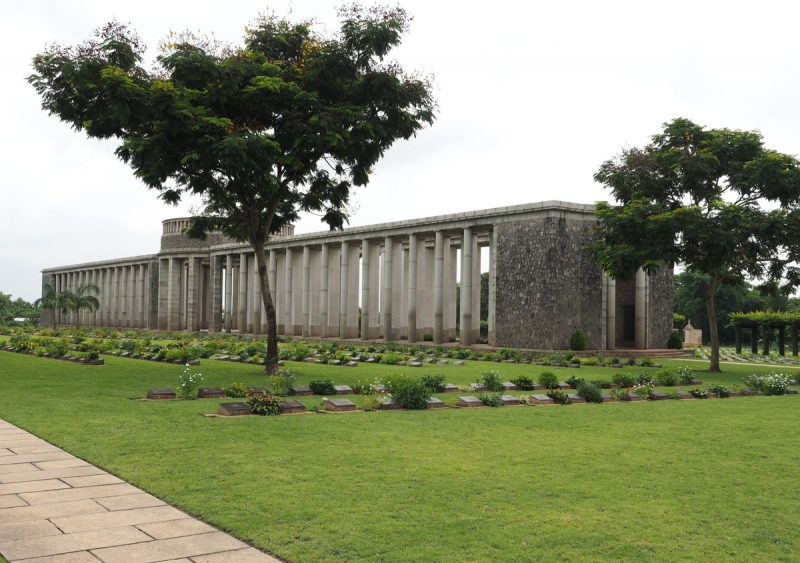 One young woman from Indonesia was studying history at college but took time out from her holiday to make a special journey to visit the cemetery, which she found to be a place of great sadness but she felt she went away with far greater understanding of those days and the sacrifice those over 6,000 service people made. However she did feel that it would be of interest to younger and even older visitors if perhaps nearby there was an interpretation centre to help explain more about the timeline of events and list the key battles that brought these people here in the first place.

Another couple from England in their thirties were in fact on their honeymoon to Myanmar but through two totally separate connections they were drawn to making a special visit to the cemetery. James and Sarah Madden had managed to track down a grave of a former school pupil who once also attended James’s school and who was awarded a VC for his bravery in June 1944 in Burma at the battle of Pin Hmi Road Bridge. Captain Allmand at one stage and with the utmost gallantry charged on by alone throwing grenades into the enemy gun positions and killing three Japanese himself with his kukrie. 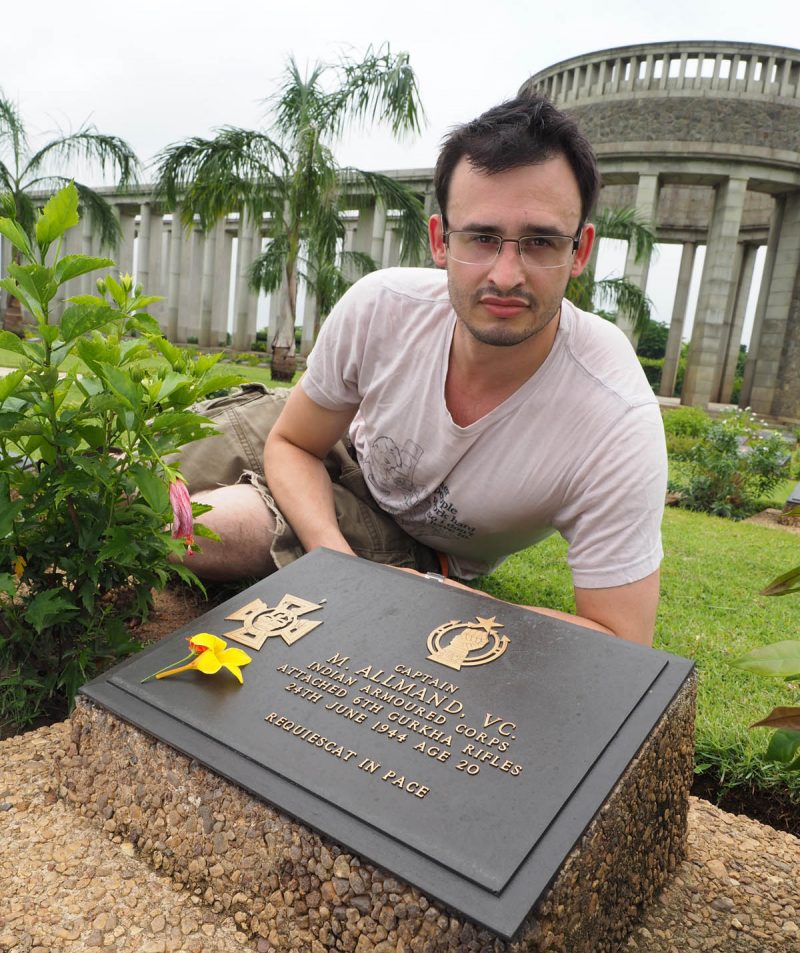 Capt Michael Allmand VC went to the same school in Yorkshire, Ampleforth College that James attended and his medal has pride of place there. Then Sarah explained that also she had a connection and her brother was one of the lawyers that helped to fight the legal case for the Ghurka’s in order to give them more rights for residency in the UK. In the same battle that Capt Allmand died on June 23rd 1944 in the final attack on the Railway Bridge at Mogaung, Tul Bahadur Pun VC was awarded 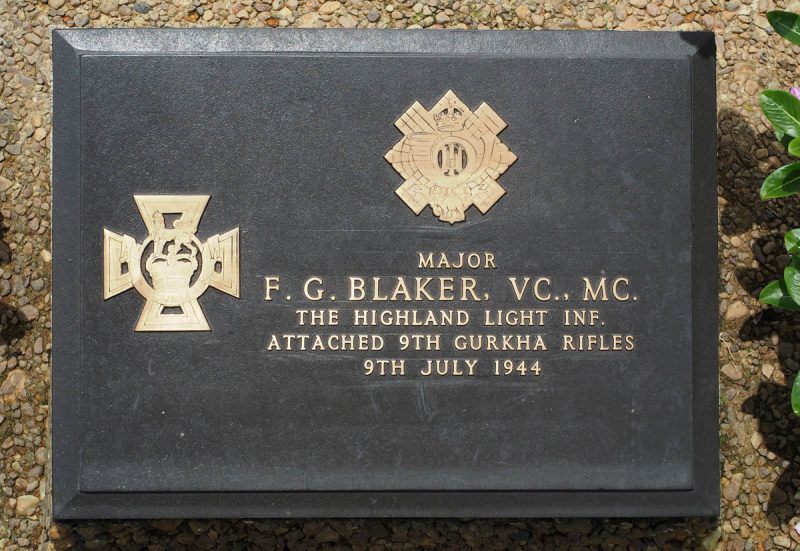 his too and Sarah’s brother was one of the solicitors that helped to fight the immigration case that was supported by TV actor Joanna Lumley who’s father also served in the 6th Ghurka Rifles.

After a series of meetings with the British Prime Minister of the day Gordon Brown MP and even after one situation where Miss Lumley confronted a Government Minister and virtually made him agree in front of the press to admit many former soldiers like Tul Bahadur Pun VC.  In the end many more Ghurka’s were granted rights of residency after a legal case and a vote in Parliament. 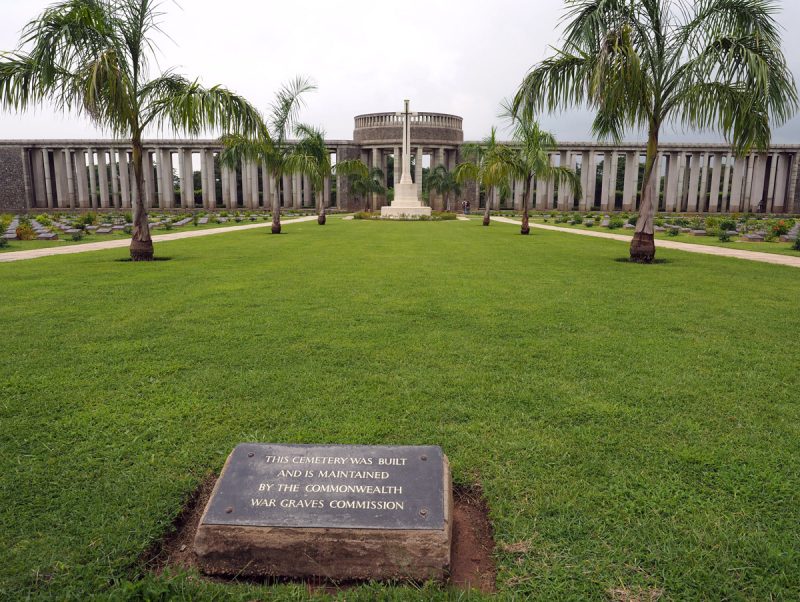 In all 7 holders of the VC are buried in the Taukkyan War Cemetery that was opened in 1951 and where victims of the various battles in whole Burma were later brought and interred in battle groupings where possible. The neatly trimmed well cared for cemetery, is run by the Commonwealth War Graves Commission it covers several acres and I would highly recommend a visit.

My travel plans took me to Yangon via Singapore Airlines hub in Singapore itself but it is possible to use other airlines to reach Myanmar’s capital city.

I stayed at the Sedona Hotels in Yangon and Mandalay, the latter being perfectly placed right outside one of Mandalay’s top tourist locations of the Royal Palace. As well as the cemetery in Yangon the city has so many wonderful ornate Buddhist temples to visit. Eating out is both great value with great choices plus a blending of Indian, Chinese and Myanmar cuisine’s its tasty too. 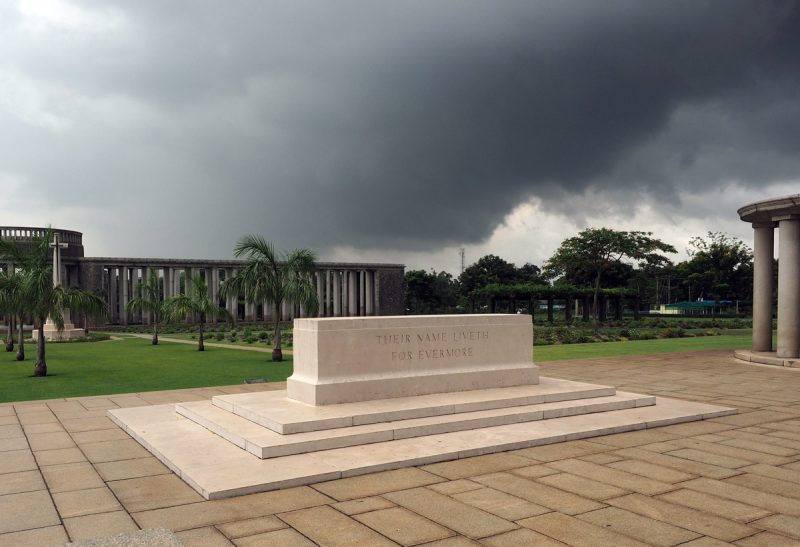 The country as a whole has now started to open up much more for tourists and as well as the capital there are places like the stunning temples at Bagan just over an hours flight north where in all there are over 3,000 temples around just the one town.

Fairly near to Bagan is the country’s second city Mandalay and it is very much worth traveling to also the other must see has to be the huge lake at Inlay and its unique tribes of fishermen and weavers that live around its shoreline.