Fort Aubin-Neufchateau is just 10km from the massive fortress of Eben-Emael. While Eben-Emael was neutralized in minutes and surrendered in a day, ten kilometers to the south the Germans were in for an unpleasant surprise.

In the early hours of May 10th, the fortress was warned of an imminent attack (as was Eben-Emael). Troops in the above-ground barracks were ordered to the fortress. The first time they realized this was not a drill was when they were loading live shells into the 75mm cannon to be fired upon the massive Eben-Emael.

The generous lady of the house “Rosalie” nearby who had sheltered the soldiers’ bicycles was given 30 minutes to leave her house before Belgian engineers destroyed it to clear line of site.

Shortly afterward the fort was surrounded. The easy thing to do would have been to surrender as Eben-Emael had, but this small garrison, many of whom were teenagers and led by effective officers stood fast. On day one they fired over 1000 shells at German targets, destroying military convoys and shooting down two planes.

The nearby fort of Battice reported a dust cloud between 150 and 200 meters high over Aubin, the result of the constant shelling and bombing by the German forces who had placed well-camouflaged heavy artillery nearby. 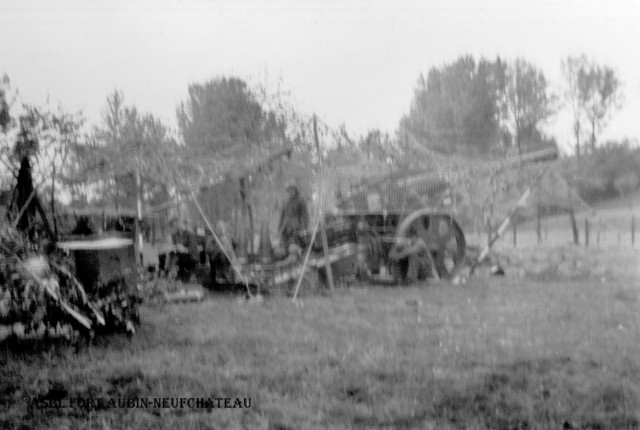 The German army had to take Aubin as quickly as possible as Aubin could hit the Meuse crossings. They threw everything they had at the fort – a total of 23 massed infantry assaults –  and at times, 200 bombs and shells an hour were hitting the defenders.

But they still held – during some of the attacks German forces managed to get right up to the emplacements and blocks – but each time they were pushed back by concentrated fire from the mortar block and the anti-personnel shells fired at close range and the armored machine gun positions. 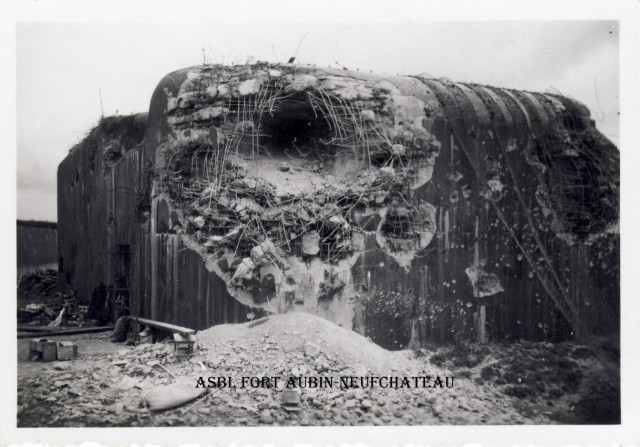 Between attacks the Belgians rained highly accurate fire on more distant German targets spotted by hidden observers in the locality.

By day ten the fort was running low on ammunition and German troops had pushed right up to the moat despite horrendous casualties. Constant bombing of one section of wall paid off and it collapsed. German forces poured through the breach under heavy fire and the survivors managed to lay a shaped charge against an armored searchlight.

The explosion injured or killed the Belgians holding that position. The survivors staggered down the stairway that was the only access from the tunnel network. German soldiers raced after them, desperate to breach the fort’s inner defenses.

However, the way was well prepared for such a situation. The tunnel was sealed rapidly and then detonated. The force of the explosion caused the tunnel to collapse and destroyed the stairs and entombed the Germans. 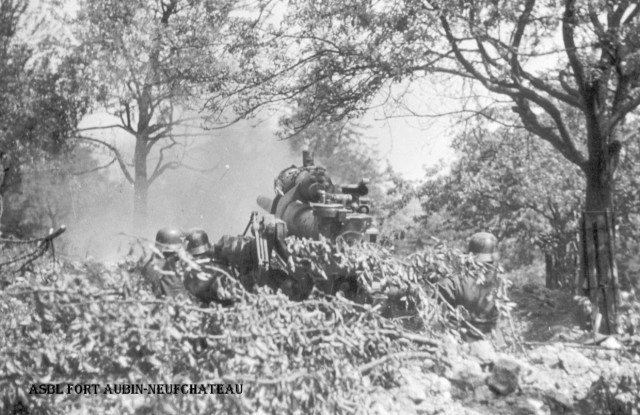 Day eleven arrives and the defenders are in a poor position. A large section of the fortress is now blind and German forces can access the main body of the fortress – still dangerous as the fort was being fired on by to try to clear the roof. The Germans offer yet another opportunity to surrender – they had sent emissaries several times over the course of the attack. 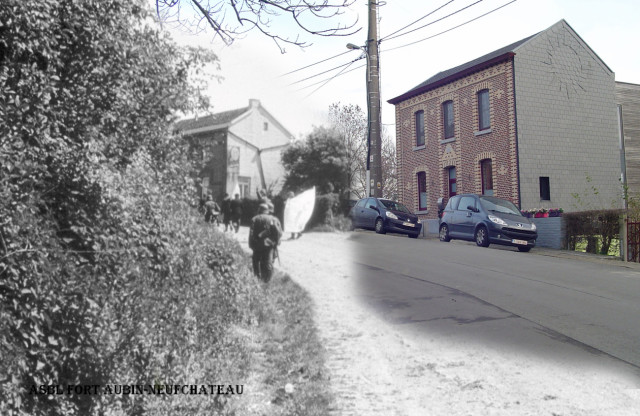 The defenders were out of ammunition, having fired over 17,000 shells. With part of the fortress neutralized, the only options were to negotiate a surrender or barricade inside the tunnels and fight on with small arms. There was no hope of relief. Allied forces were in headlong retreat and many hundreds of miles away.

The inevitable was accepted. There would be no chaotic surrender here. The Belgian commander negotiated for all his men to be able to relax above ground for 24 hours before being transported to POW camps.

The German commander was so impressed by the defense and courage of such a small group of men that the Germans had an honor guard for the Belgians as they emerged and saluted them. The Commander was congratulated and the officers were handed back their swords. 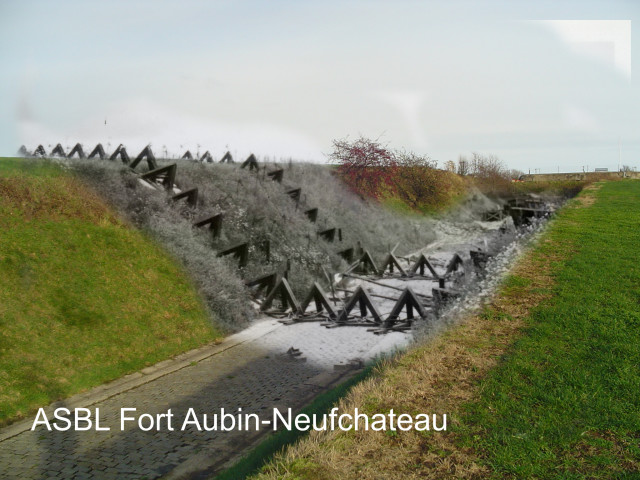 The WW2 story of the Fort doesn’t end there. In 1943-44, the Germans developed the Rochling Shell – a bunker busting munition. Where did they test it? At Fort Aubin-Neufchateau.

This shell was fired high and fell with incredible velocity. It penetrated 30 metres of rock and then reinforced concrete to either explode or penetrate further into the underground barracks.

In September 1944 the fortress and surrounding area were liberated by the US Army and the 740th Tank Battalion was based in the village of Aubin before being rushed south to fight the Germans in the Battle of the Bulge.

Today the fort is maintained by a small group of volunteers who open it to the public once a month and at other times by arrangement.

Tours can be conducted in English, French, German or Dutch.

Located on the massif:

Outside the fort perimeter:

Additional observation bunkers in the locality.

3000 meters of tunnels containing combat support, munitions, etc. are under the structure. The barracks, hospital, etc. are outside the above ground perimeter but 30 meters underground – so troops could try to rest when off duty.