War History Online is proud to be able to present you this exclusive extracts from Alex Kershaws new book: Avenue of Spies 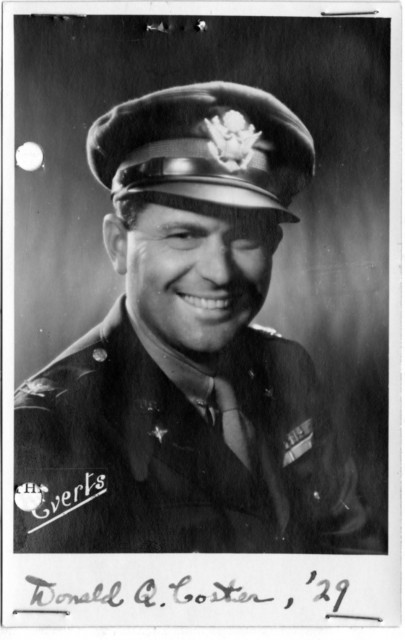 FLAMES JUMPED into the sky. Near Amiens in northern France, an ambulance driver tried to make his way past burning buildings, avoiding downed telephone wires, rotting horse carcasses and bomb craters. It was early on 18 May 1940 as a well-spoken Princeton graduate, 32-year-old Donald Coster, looked up from the ambulance and saw German planes, wave after wave of them. There were the whistles and screams of bombs falling. Stuka dive-bombers with hooked wings attacked, dropping five hundred pound bombs, leaving behind a blanket of acrid, sickening fumes. Coster made it to a hospital in Chateaudun just as the bombing became most intense. Terribly afraid, the volunteer ambulance driver took shelter in the hospital’s basement. 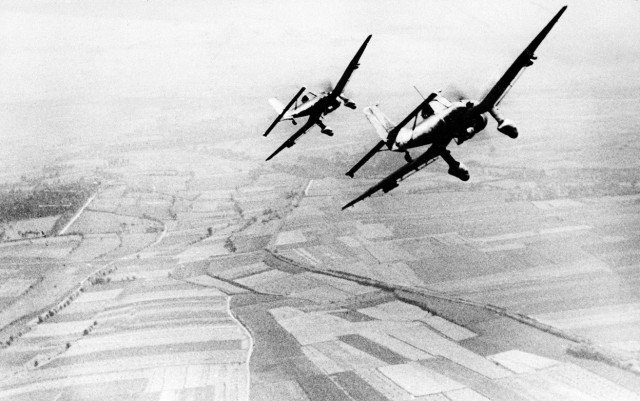 After about an hour, the sound of bombing ended. There was a tense silence. Coster knew the Germans were close by. Since May 10, they had stormed through Holland and northern France, crushing all opposition, and were now on the outskirts of Amiens, a hundred and fifty miles north of Paris. Like millions of French, Coster had tried to escape their lightning advance. That’s why he was now cowering in a cellar beside a hundred fifty doctors, nurses and wounded soldiers. The bombing began again. This time, the explosions were far closer. Coster felt them like “punches” against his chest. It was quiet once more. He could hear his heart beating fast and then came the sound of heavy jackboots on cobbles. For several minutes, Coster waited, expecting grenades to be thrown down into their shelter. He stood up and climbed steps leading out of the cellar. 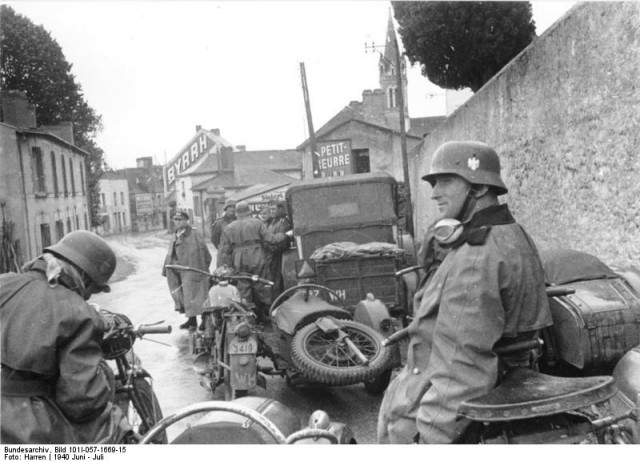 Motorized Troops in France 1940 via Bundesarchiv

Daylight blinded Coster as he left the shelter and walked into a courtyard. For the first time, he caught sight of a German soldier. The stormtrooper was aiming at a line of French prisoners backed against a wall. They were civilians. The German looked like he was going to finish them off. Coster waved his identification card at the German who instantly turned his gun on Coster and was about to pull the trigger when someone called out in German, begging the soldier to spare Coster and take him to his commander instead.
Coster and some of his fellow ambulancemen, under guard, walked fifty yards or so until they reached a main junction on the road to Amiens. There was a roaring of engines, a clanking of tank tracks. A Panzer column was moving into the city – the tip of the Nazi spear thrusting toward Paris. There had been no more mobile and powerful force in the history of war and Coster looked on in awe. The column seemed to stretch forever and moved so fast, tanks thundering by at forty miles an hour, bristling with heavy weapons, the eight-foot high steel behemoths surely unstoppable. Armored cars followed, pulling camouflaged anti-aircraft guns, their 20mm barrels pointing skyward. One tank rolled toward a barricade further down the road and smashed through, making light work of heavy logs. “Nothing invented by man, you felt with a shock of despair,” recalled Coster, “could possibly withstand this inhuman monster which had already flattened half of Europe.” 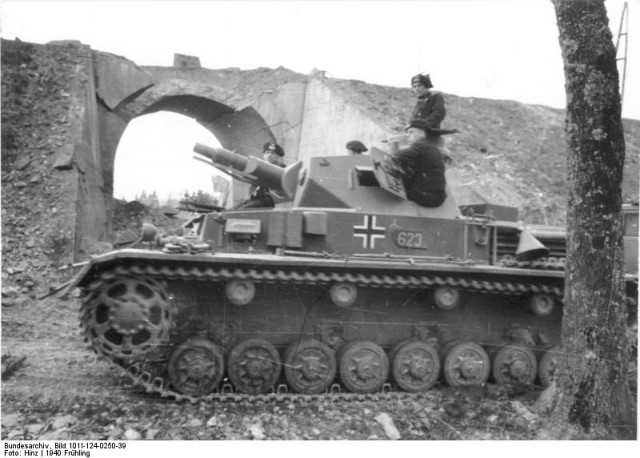 A German officer ordered Coster to help at a nearby hospital and bring in wounded from the battlefield. In a field of high grass were many English dead, rotting in the sun, their faces purple and black. There were a few men whose wounds were already gangrenous, and they gritted their teeth as they called for help as they lay amid dozens of dead cows with huge bloated stomachs. The stench was nauseating. Three hundred British soldiers had been riddled with bullets from the Panzers’s machine guns. Less than thirty had survived.

A German approached as Coster helped the wounded. He thought Coster was a British soldier, mistaking his uniform, and snatched his gloves away. Coster stupidly tried to grab them back and the German whipped out his pistol and aimed it at his stomach. Coster pointed to the band on his arm, showing the symbol for the American Field Service, a volunteer ambulance unit.
“Amerikanisch,” said Coster.

To Coster’s surprise, the German officer stood to attention, saluted Coster, shook his hand and then left without another word. Other German soldiers nearby talked with Coster. They regarded Americans with bemused contempt, especially President Roosevelt, a vacillating windbag compared to their glorious, decisive Fuhrer. One of them said: “We never see any of you on our side.”

There was more good news from the front – for the Germans. They had pierced the line at Sedan. The Belgian army had surrendered unconditionally. The Allies had been forced to retreat toward the port of Dunkirk. Disaster loomed. Nothing, it seemed, could stop the Nazi juggernaut as it barreled toward Paris. 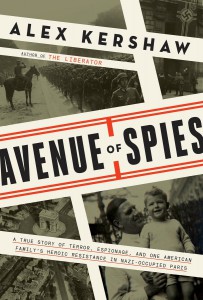 The leafy Avenue Foch, one of the most exclusive residential streets in Nazi-occupied France, was Paris’s hotbed of daring spies, murderous secret police, amoral informers, and Vichy collaborators. So when American physician Sumner Jackson, who lived with his wife and young son Phillip at Number 11, found himself drawn into the Liberation network of the French resistance, he knew the stakes were impossibly high. Just down the road at Number 31 was the “mad sadist” Theodor Dannecker, an Eichmann protégé charged with deporting French Jews to concentration camps. And Number 84 housed the Parisian headquarters of the Gestapo, run by the most effective spy hunter in Nazi Germany. 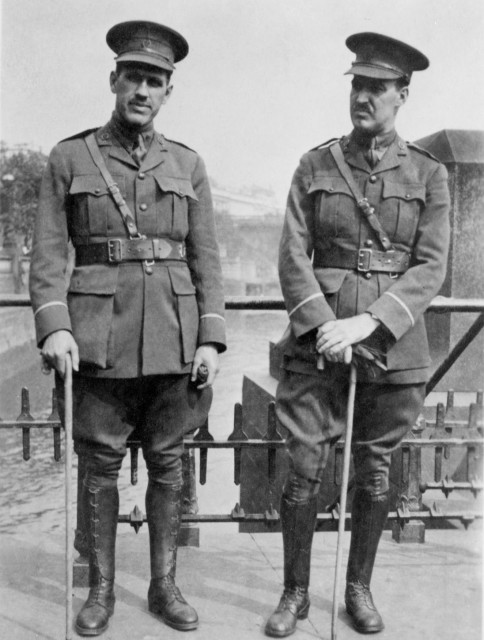 From his office at the American Hospital, itself an epicenter of Allied and Axis intrigue, Jackson smuggled fallen Allied fighter pilots safely out of France, a job complicated by the hospital director’s close ties to collaborationist Vichy. After witnessing the brutal round-up of his Jewish friends, Jackson invited Liberation to officially operate out of his home at Number 11–but the noose soon began to tighten. When his secret life was discovered by his Nazi neighbors, he and his family were forced to undertake  a journey into the dark heart of the war-torn continent from which there was little chance of return.

Drawing upon a wealth of primary source material and extensive interviews with Phillip Jackson, Alex Kershaw recreates the City of Light during its darkest days. The untold story of the Jackson family anchors the suspenseful narrative, and Kershaw dazzles readers with the vivid immediacy of the best spy thrillers. Awash with the tense atmosphere of World War II’s Europe, Avenue of Spies introduces us to the brave doctor who risked everything to defy Hitler.

Buy the book from Amazon.com 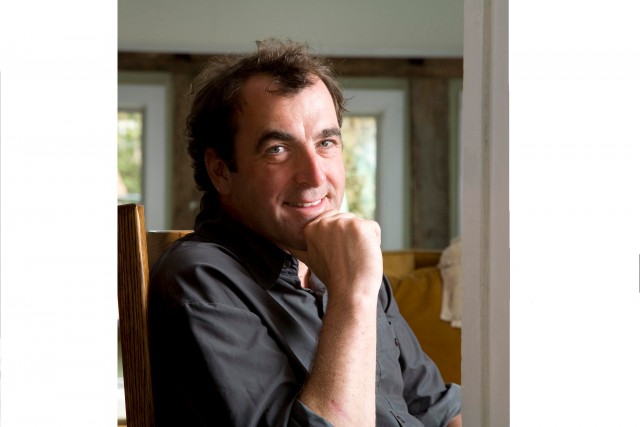 The best-selling author of The Liberator brings to life the incredible true story of an American doctor in Paris, and his heroic espionage efforts during World War II.