Space exploration is a topic with plenty of conspiracy theories. One such theory is that the Nazis used an Antarctic base to launch themselves into outer space. Although these theories have been ridiculed for decades, they continue to persist.

Adolf Hitler’s fate at the end of the Second World War has been minutely examined by historians and conspiracy theorists. Some refuse to believe the evidence and state that Hitler survived the war. The theories that have emerged range from Hitler finding a refuge in South America to the construction of an underground city in Antarctica. One of the most bizarre, however, is that of Adolf Hitler retiring to outer space.

Basically, the theory states that Hitler made his way to the underground Antarctic city that was built by the Nazis, and from there he took a rocket to the moon. It was this theory, by the way, that formed the basis of the science fiction novel Rocket Ship Galileo, published by Robert Heinlein in 1947. Partly, in response to the resurgence of Nazi moon theories and to attempt to quieten conspirators, NASA published thousands of extra pictures of the (manned) moon landings in February of this year.

For a majority of the population, the first moon landing was of the unmanned Soviet Luna 9 in 1966. It was the twelfth attempt by the Soviets, and it transmitted the first ground-view pictures of the moon. The Luna 9 landing proved that a spacecraft would not sink into lunar dust upon the surface. 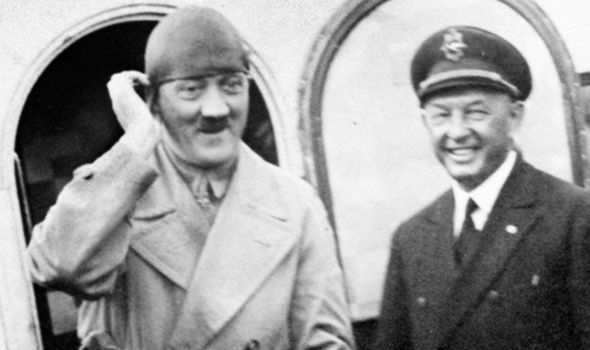 Directly after the war, rumors circulated that Hitler’s astronauts had embarked on secret missions to establish facilities upon the moon. Connections have been drawn between the Nazis and sightings of UFOs, including one incident near Roswell, New Mexico, in 1947. The only craft at that time that could approach the capabilities attributed to flying saucers were those designed by the Germans, according to Sir Roy Fedden, a distinguished aeronautical engineer.

The theory that Hitler ended up in Antarctica goes hand in hand with the conspiracy theorists, Nazi moon theories. Nazi moon enthusiasts believe that the UFO incidents in the 1950s and 1960s were as a result of the surviving Nazi SS, and their spaceships, who were operating from  a giant city and factory complex beneath the Antarctic ice.

Those who believe that the Nazi had the capabilities to build a spaceship have their own arguments to prove their theory. Nick Cook, an aeronautical expert and the writer of The Hunt for Zero Point, cautions critics, “It would be a mistake to disregard the research in Germany in the 1930s and 1940s just because it was done in the Third Reich.” He even goes on to say that such suppression of facts is unethical, and is comparable to that era’s suppression of facts.

Fedden adds his support to the theory, saying, “I have seen enough of their [German] designs and production plans to realize that if they had managed to prolong the war some months longer, we would have been confronted with a set of entirely new and deadly developments in air warfare.”

The Nazi moon supporters claim that, aside from Hitler’s disappearance, there are several other mysterious disappearances that support their theory. Much of the Nazis’ wealth, which includes a supposed pile of gold, remains unaccounted for. Navy submarines disappeared and were not sunk or captured. 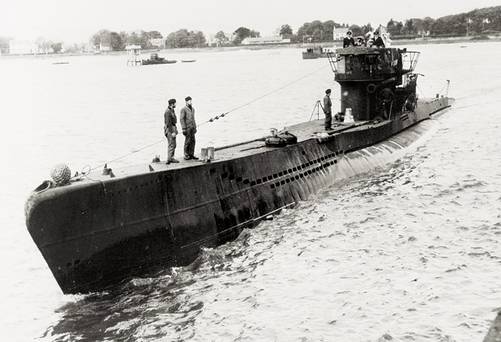 These submarines, according to theorists, were last seen heading to the South Pole. As for Hitler himself, conventional thought is that he shot himself during a Soviet assault. His body was then taken outside, doused in gasoline, and set on fire. While the Soviets have claimed to have identified Hitler’s body through the lower half of his jaw, many theorists remain unconvinced.

According to conspiracy theorists, Hitler had considered the advantages of a lunar base long before his regime crumbled. A lunar base would “exploit military high ground,” according to Fedden. The other global superpowers would be confined to the earth, while the Nazis could mine the abundant minerals on the moon.

Some theorists even insist that pictures prove that excavation on the moon was an ongoing project during the Third Reich. They even go as far as suggesting this was why NASA abandoned the Apollo program. For fear of a war with the remnants of the Nazi regime.