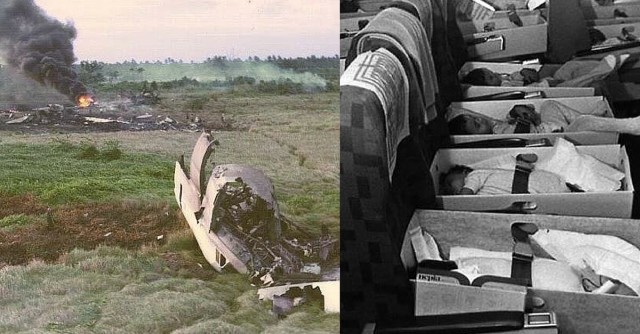 The Vietnam War was one of the most brutal modern conflicts since WWII. The world was appalled by the bloodshed and the very many atrocities carried out by all sides. Althoughgreat horrors occurred, so too did great moments of kindness. In the midst of the turmoil, damage, and fear, there were shining instances of help from military forces – and perhaps the most memorable is Operation Babylift.

As the Vietnam War began to draw to a close in the spring of 1975 after nearly a decade of conflict. The United States knew that  Southern Vietnam slipping from its grasp, because of the anti-war movement at home, that drove citizens to protest, to fight the draft, and to combat the government’s policies in every way possible. As the U.S. began to pull its troops out of South Vietnam, leaving the people and the nation to fend for themselves, , one question remained: what would happen to the children of Vietnam?

The U.S. believed it had the answer with Operation Babylift. As the Army of North Vietnam rocked Saigon with artillery and endless attacks, and the city of Da Nag lay already destroyed, President Gerald Ford announced that the children of South Vietnam would be evacuated to safety. The plan was to remove infant orphans from the war-torn nation and carry them to safer locales where they could live free of fear – the U.S., Australia, France, Canada, and other countries agreed to welcome the Vietnamese children with open arms. 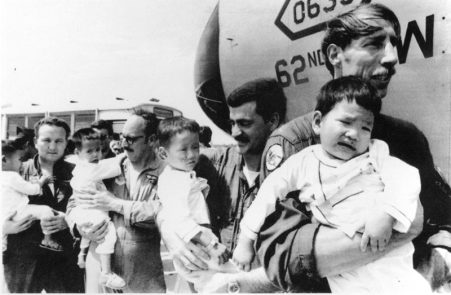 Children came from every corner of South Vietnam. Parents and charitable organizations alike wanted to see their children to safety. Non-profit organizations from the Catholic Relief Service and Holt International Children’s Services to International Orphans and Friends for All Children petitioned the U.S. government to evacuate the orphans in their care.

Though Operation Babylift was originally set up to help orphans, many of the children airlifted had parents, who were still alive. However, it was the possibility of death, torture, and other horrors that led parents to hand over their children to the U.S. military and send them to far-off places. As North Vietnamese forces rapidly advanced through South Vietnam, the people became terrified: what would the Communists inflict upon the South once they took control?

Rumors spread quickly, and the South Vietnamese grew desperate to leave. It was believed that the North Vietnamese would set children fathered by American soldiers on fire, that they would brutally murder any mixed race infants and toddlers to send a message. Mothers acted to protect their children, and saw the evacuation to America as the best option.

All commercial flights into and out of Vietnam had ended months prior, so Operation Babylift was the only way that they could fly the children out of South Vietnam to safety. Many parents who chose to take advantage of Operation Babylift planned to leave Vietnam themselves when they could, hoping to be reunited with their children in America. 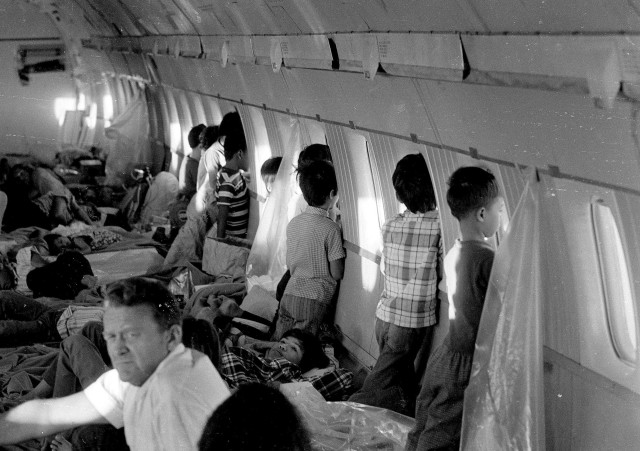 On April 4, 1975, the first Operation Babylift flight took off – but its children were not destined to make it to safety. Because military aircraft were present in South Vietnam and needed to evacuate the country too, the orphans were placed on Military Airlift Command C-5 Galaxy and C-141 Starlifter cargo planes.

The plane’s lower rear fuselage tore apart, and the loading ramp failed to lock in place, ripped the door open and rapidly decompressed the plane. In mere minutes, the C-5 decayed in mid-air as cables were ripped to pieces, wing spoilers and half of the hydraulic systems failed, and the crew lost control of the flight. Acting with speed and desperation, the aircraft’s crew regained as much control as they could grab – they quickly dropped their altitude to 4,000 feet, and steered back to the airport runway.

As the nearly dismantled plane rushed towards the ground, the crew angled for the gentlest landing possible in a rice paddy near the airport. After skidding for a quarter of a mile, the C-5 lifted back up into the air – and then immediately flew into a dike, smashing into pieces and igniting in flames.  78 infants perished, along with 35 adults with the Defense Attaché Office of Saigon.

So, despite the lives saved by Operation Babylift, not all believed it was the right choice to be made in those final wartime days. Its rocky start with that first fated flight, lead critics back in America to debate whether it was truly an operation conducted for the right reasons, and in the right way. Newspapers throughout the U.S. ran emotionally charged headlines deeming Operation Babylift an act of desperation and cruelty.

Attorneys, members of Congress, and journalists all proclaimed that the evacuations were poorly planned, and even more poorly executed. Some believed that the entire evacuation effort was nothing more than a ploy to gain sympathy for the Vietnam War, a final chance for the U.S. to prove that it was making a difference in the midst of the confusing and complex war.

Many people in America were skeptical of the political motives behind the operation – why did the U.S. government believe that Vietnam children would be better off in a new country, torn from their homeland and their parents? One of the biggest points of contention was the fact that so many of the children airlifted out of South Vietnam were not orphans. Those in opposition to the operation felt it was morally wrong to send these children to new homes, with new families.

To a number of the American people, Operation Babylift was viewed as an attempt to remove Vietnamese children from their culture, their community, and their families. It was commonly believed that the U.S. government was acting out of fear; because President Ford and his advisers feared that the children of South Vietnam would be treated with brutality by North Vietnam and the Viet Cong and that they were trying to save the lives of these innocents. 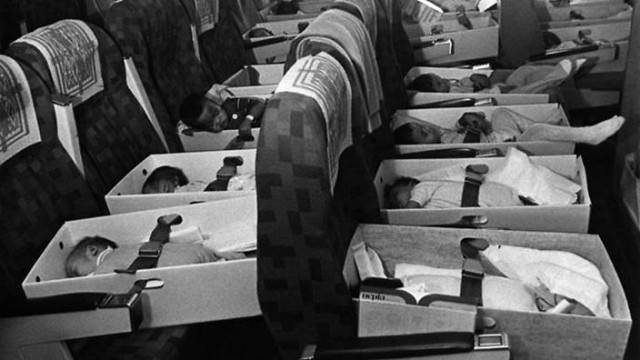 As attacks from the North Vietnamese army and Viet Cong continued throughout the spring, the U.S. found it increasingly difficult to fly the children of South Vietnam to safety. When artillery attacks on Tan Son Nhut Airport, the site of Operation Babylift, prevented planes from safely taking off, the U.S. knew it was time to end the effort.

The last Operation Babylift flight lifted off from South Vietnam on April 26, 1975. Over the course of the evacuation’s three weeks, more than 3,300 infants and young children were airlifted out of their home country.

Upon arriving on foreign soil, whether in the United States or another nation, the children were adopted by new families. Many, however, never forgot their Vietnamese roots – in fact, in the years since Operation Babylift and the end of the Vietnam War, the children who found new homes and new families in new nations have worked to reconnect with the parents they left behind.

Although a long, difficult, and emotional process, it is one that has led many grown-up children to find their way back to Vietnam, and to rediscover the families they spent so little time with.

While Operation Babylift remains a controversial point within the larger controversy of the Vietnam War, it may have saved some children from possible ill-treatment and even death.