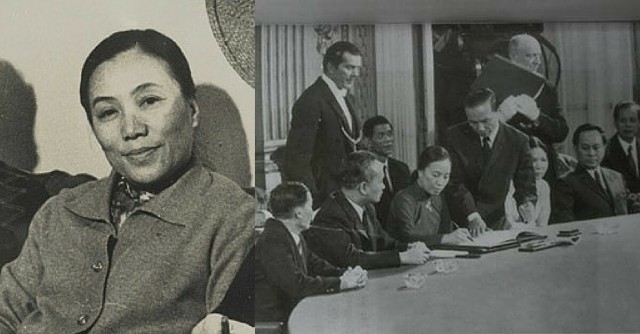 Many people are unaware of the crucial part women played for the Viet Cong in the Vietnam War. Many do not know that women even played a part at all.

Women were put in charge of carrying information from place to place, digging tunnels and trenches, and smuggling weapons.  There was even a woman named Madame Nguyen Thi Binh at the table of global powers when they met in Paris to discuss ending the war.

An American writer, Lady Borton, came to Vietnam in 1969 to work for the peace movement.  Some of her duties included making prosthetic limbs for the amputees, both fighters and the civilians who fell victim to the hostilities.  She recalls working with many women, feeling they were all just doing their daily duties in helping the war victims.

However, after returning in the late 1980s, it dawned on her that many of those women she worked with for all of those years had been sympathetic to the Viet Cong had played a much bigger role in the war than she had imagined.

Second Harvest said that because American GIs believed the enemy only wore black, women threw them off by wearing any other color, and in so doing were able to sneak right pass without any issues. She would hide weapons under the fish sauce because the Americans hated the smell and would not go anywhere near them.

Lady Borton always checked the US mail after her shift was over and, oddly, the Vietnamese women who were hired to clean and mop would be leaving at the same time Lady Borton was arriving.

She now realizes that the women had sorted through the mail and read anything they could use against the Americans.  The Vietnamese women were never caught because they memorized everything.

When Lady Borton asked women whether or not they supported communism or the war, she would get the same answer: they just wanted peace and control over their country.  The women may have been helping the North Vietnamese side, but perhaps that was because they saw it as the only way to end the war sooner.

To achieve those hopes of ending the war, Ho Chi Minh chose a female member for negotiations, which is where Madame Nguyen Thi Binh came in.  She was handpicked especially because she was beautiful, smart, and fluent in French.  It also helped that she was the granddaughter of a famous patriot named Phan Chu Trinh.

While Binh was away in Paris discussing negotiations, her family was arrested.  She has recently released an autobiography discussing everything that happened during the war and what happened with her family.

After the Vietnam War, she was appointed Minister of Education of the Socialist Republic of Vietnam[3] and from 1982 to 1986 was a member of the Central Committee of Vietnam’s Communist Party, since 1987 to 1992 was Vice Head of the Central External Relations Department of Party. The National Assembly elected her twice to the position of Vice President of the Socialist Republic of Vietnam for the terms 1992–1997 and 1997–2002.