The Christian cross is recognised throughout the world. It has long been used in churches, and as a marker on graves. Go to any one of the 25 permanent American military cemeteries, 27 federal memorials that are located in 16 foreign countries and you will see row upon row of simple crosses, marking the last resting places of thousands of Americans who gave their lives fighting for their country and freedom.

Similarly, the British war graves commission maintains cemeteries and memorials in 154 different countries, in honour of the 1.7 million British and Commonwealth men and women who died fighting in two world wars.

Each grave and memorial bears that same simple and potent cross, or star of David. People of all denominations understand and respect the cross for what it is –  a symbol of sacrifice, reconciliation, hope, and love.

It was all the more surprising, therefore, when the American Humanist Association, an organisation that advocates ‘progressive values and equality for humanists, atheists, and freethinkers’ decided that a one-hundred-year-old First World War memorial cross was offensive, and should be removed.

The cross, which stands in a Veterans’ Park in Bladensburg, Maryland stands forty feet high and is visible from a nearby highway.  The lawsuit claimed that the monument “ownership, maintenance and prominent display of the Monument on public property violates the Establishment Clause of the First Amendment.”

And that individuals were offended that they had to see it as they drove along the highway.  The establishment clause in the First Amendment to the US Constitution states that “Congress shall make no law respecting an establishment of religion, or prohibiting the free exercise thereof.”

The Council on American-Islamic Relations attempted to submit supporting documents to the court in what is called an Amicus brief – a means by which individuals or groups who are not directly involved in a suit may submit opinions for consideration. Their application was denied. 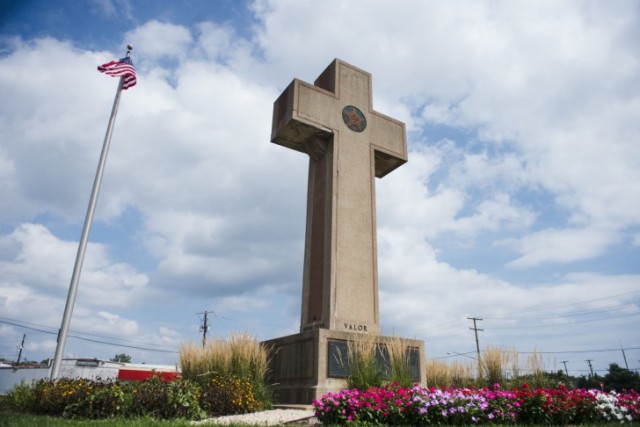 The plaintiffs in the case additionally alleged that the Ku Klux Klan had a connection to the monument – an assertion that was shown to be false. Maryland federal judge Deborah Chasanow placed a note in the court record, saying there was no evidence to support the claim.

According to the judge, although the “Latin cross is undeniably a religious symbol,” the courts have recognized that “displaying a cross to honor fallen soldiers is a legitimately secular purpose, and does not always promote a religious message.”

In fact, “in the period immediately following World War I, [building a cross] could also be motivated by the ‘the sea of crosses’ marking graves of American servicemen who died overseas.” The Bladensburg Cross “evokes thousands of small crosses in foreign fields marking the graves of Americans who fell in battles, battles whose tragedies are compounded if the fallen are forgotten.”