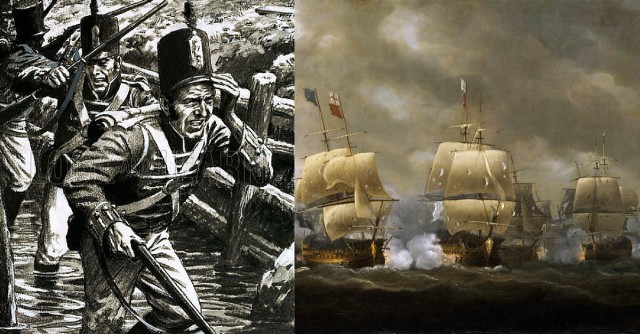 The British expedition sent to Walcheren in the Netherlands in 1809 was one of the boldest moves of the Napoleonic wars. Unfortunately for the soldiers involved, it was also a colossal failure. 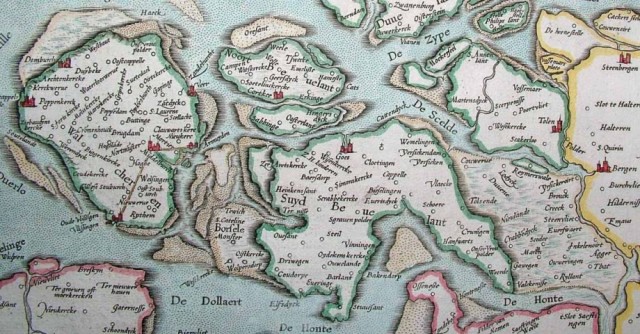 The Walcheren expedition had two aims:

Firstly, it was meant to break the mass of French naval resources then occupying the Scheldt River. This concentration of ships was what Napoleon referred to as “a cocked pistol pointed at the head of England”. Dealing with it would not only deplete French resources but also free up the two British naval squadrons that were on constant patrol along the Dutch coast, keeping an eye out for the Scheldt ships.

The second aim was to provide a distraction for Britain’s allies. The Austrians were caught up in a struggle with the French on the Danube River. If the Walcheren expedition could draw off French troops then it would take pressure off the Austrians, giving them a better chance for victory.

The expedition was a combined army and navy operation of almost unprecedented scale, consisting of:

Its success could potentially change the face of the war.

The expedition was cursed from the beginning by a mismatched pair of leaders.

Commanding the army part of the expedition was Lord Chatham. The elder brother of the recently deceased William Pitt the Younger, who had been a Prime Minister of near legendary status, he was also the son of another Prime Minister and noted statesman, William Pitt the Elder. A politician in his own right, Chatham was a member of the British cabinet, and one with a lot to live up to.

He was friends with the King, and his place in the expedition was a political appointment, rather than being based on his military merit. Known for his caution, he was a poor choice for an expedition that would need fast action under pressure.

Sir Richard Statham, the naval commander, was the polar opposite of Chatham. Known as “Mad Dick”, he was famed for his courage, his wild temper, and his irregular behaviour. He was capable of reacting quickly when circumstances demanded, but less suited to providing a steady hand at the tiller.

A poorer pair of personalities could hardly be chosen to cooperate on a critical mission.

Even before the forces set sail, news arrived that one of the expedition’s goals had been lost. Napoleon had inflicted a crushing defeat upon the Austrians at the Battle of Wagram on 5-6 July. The Austrians were suing for peace, a political necessity that would destroy the Fifth Coalition then at war with France.

The question now arose – was this expedition worth the risk and expense if its sole goal was to destroy the Scheldt fleet?

It was a tough decision, but any sufficiently large plan gains a momentum all of its own. It was decided that, if the British could take Antwerp as well as destroying the fleet, then it would all be worthwhile.

Arriving on 30 July, the British occupied Walcheren, a swampy island at the mouth of the Scheldt. Sodden, low-lying and prone to flooding, Walcheren was known to be a black spot for disease.

An earlier French expedition there had lost around 80% of its troops to fever. Sixty years earlier, Sir John Pringle had written about fever striking British troops in the region, a fever that lasted from late July until the arrival of winter – the very period in which the troops would be occupying the island. It was a warning which the British ignored.

The weather that August was hot. Dense mist shrouded the island and mosquitoes were everywhere. At the time, no-one knew that the insects carried disease – in this case, deadly malaria.

Of 40,000 soldiers sent to Walcheren, only 5,616 were fit for duty by October. Across the Scheldt, French soldiers watched as the British fell apart.

The inability of British medics to deal with the disease was about more than just misunderstanding its cause. Blaming foul air did nothing to stop the illness spreading, but they still had ways of treating it, in the form of quinine.

Except that they didn’t have enough. There were nowhere near sufficient supplies of the tree bark used to battle malaria. The Medical Board in Britain had not been involved in planning the expedition, and so there weren’t enough doctors for the regular needs of this number of soldiers, never mind for a full blown epidemic. Without the facilities to care for so many sick men, many of them were left lying in their filth on the beaches.

Men were eventually sent home for treatment, but even in England the resources were not to hand to deal with so many malaria victims. Medical services were overwhelmed.

The Cost of Poor Planning

By the time the expedition withdrew on 9 December, the British had inflicted £2,000,000 worth of damage on French shipping and bases. This didn’t even begin to balance the £10,000,000 expense of the operation, never mind the human cost. 4,000 men were dead, 12,000 so damaged by malaria that their days of military service were at an end. Only 106 had died in combat. Infected men sent on to fight in the Peninsula War under Wellington doubled the level of sickness in his army.

The Walcheren campaign was a complete disaster. Money and lives had been thrown into an expedition that achieved none of its aims, and that drew resources away from fighting in the Iberian Peninsula. Malaria had sided with Napoleon, driving the British decisively out of the Netherlands.