In early spring 1940 Nazi Germany launched their offensives which, after a few months would lead to the capture of most of western Europe. Beginning with the invasion of Norway and Denmark on April 9th, followed up by the invasions of Belgium, Luxembourg, The Netherlands and France on May 10th.

Six weeks after that the German juggernaut had brought France to her knees and was poised to strike across the Channel and attempt to invade the United Kingdom.

With these 25 iconic pictures ,we look back at a time when Germany seemed able to dominate the world. 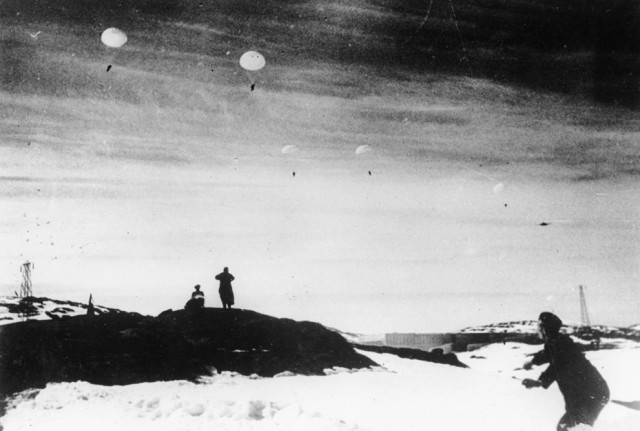 Waves of German paratroopers land on snow-covered rock ledges in the Norwegian port and city of Narvik, during the German invasion of the Scandinavian country 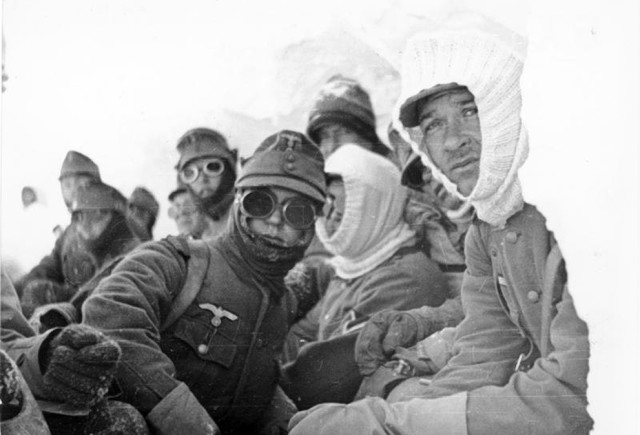 A group of German Gebirgsjägers (mountain troops) in action in Narvik, Norway, in 1940. 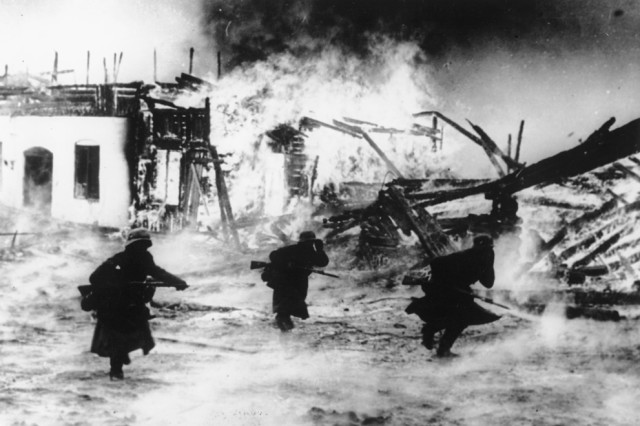 German soldiers move through a burning Norwegian village, in April 1940, during the German invasion. 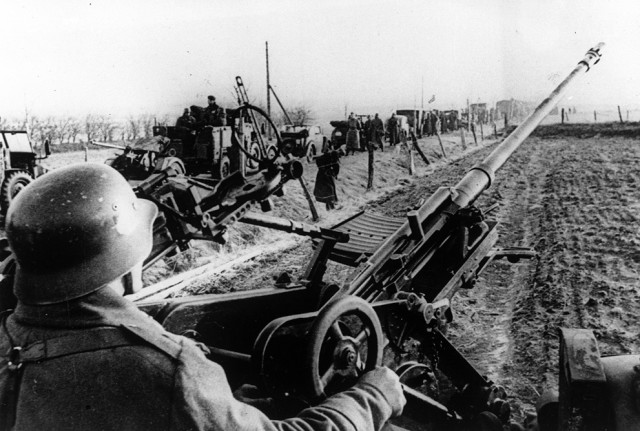 A German soldier operates his antiaircraft gun at an unknown location, in support of the German troops as they march into Danish territory, on April 9, 1940. 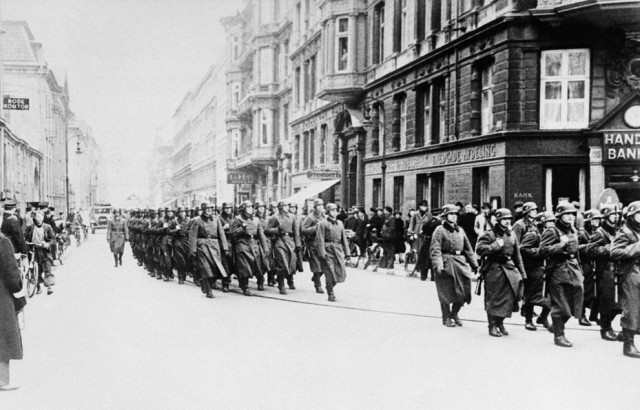 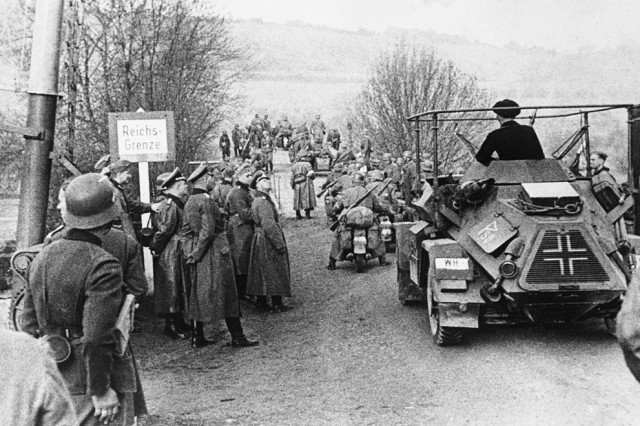 Reconnaissance squads head the German advance into Luxembourg, on May 10, 1940. 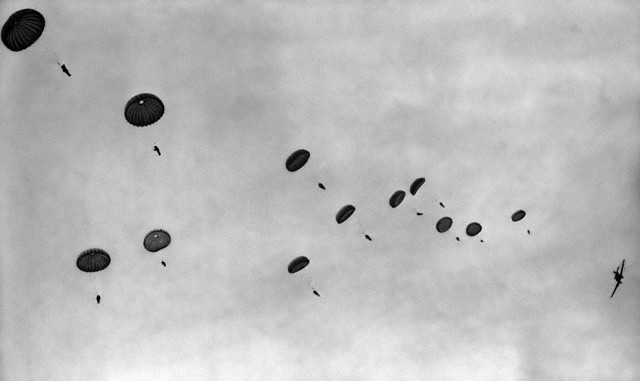 German parachute troops descending on Fort Eben Emael in Belgium, on May 10, 1940, part of a larger surprise attack. 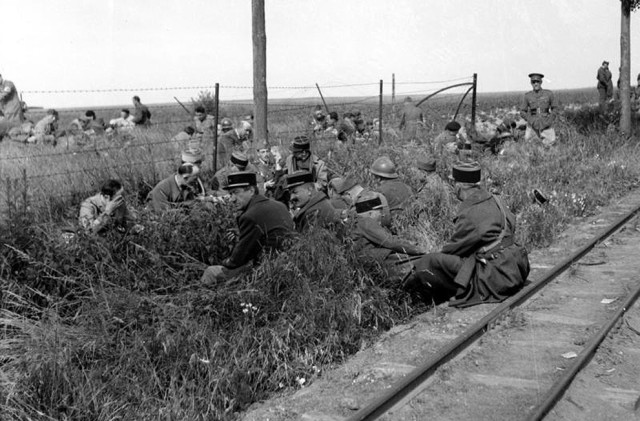 English and French prisoners of war sit near railroad tracks somewhere in Belgium in 1940. 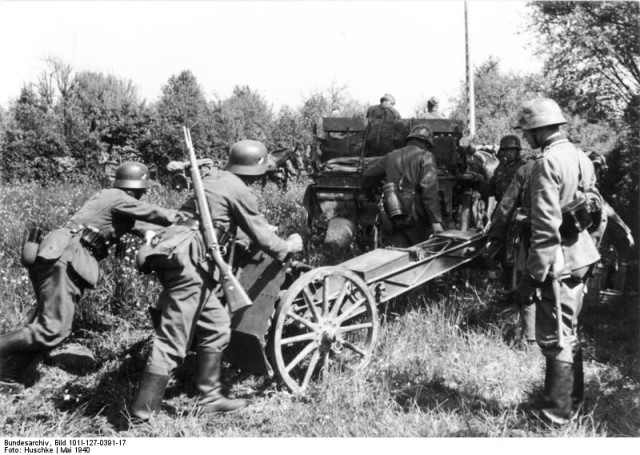 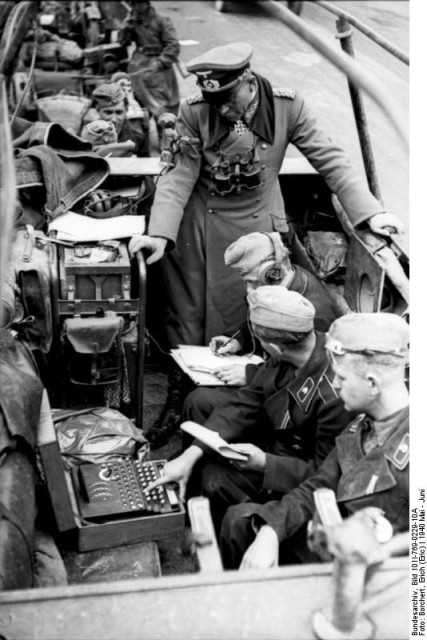 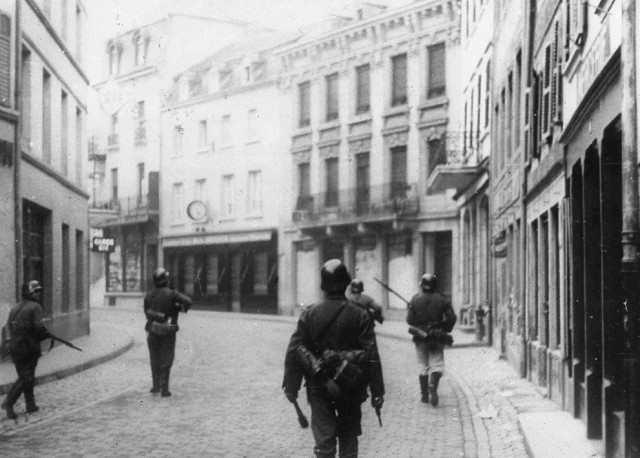 German troops walk down a deserted street in Luxembourg, on May 21, 1940, with rifles, pistols and grenades ready to protect themselves. 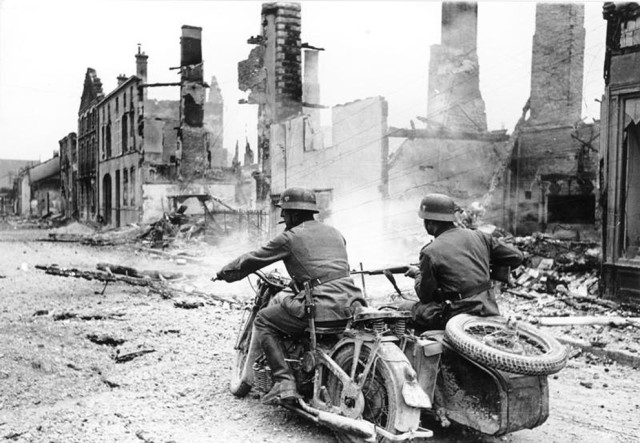 German army motorcyclists pass through a destroyed town in France in 1940. 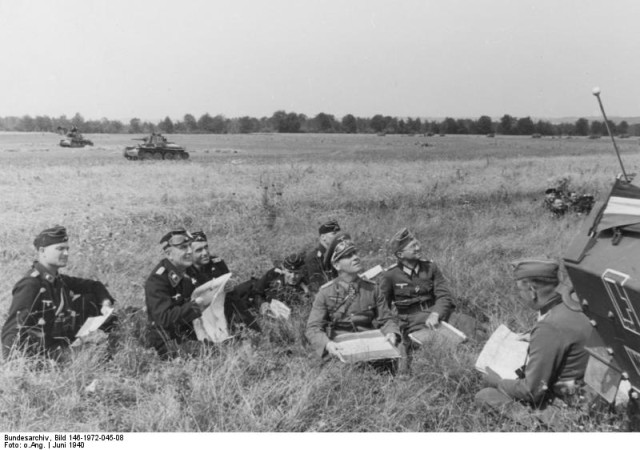 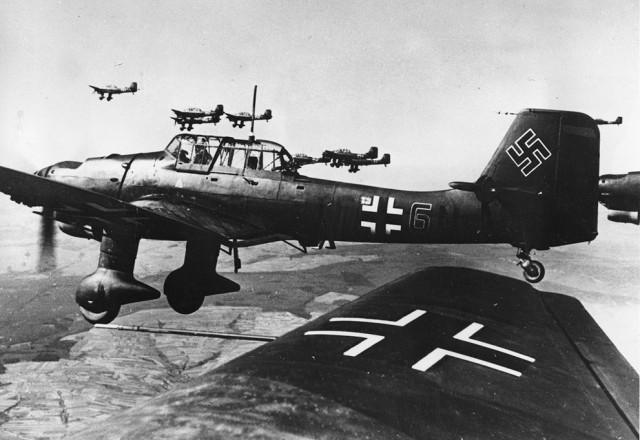 A formation of German Ju 87 Stuka dive bombers flying over an unknown location, in this May 29, 1940 photo. 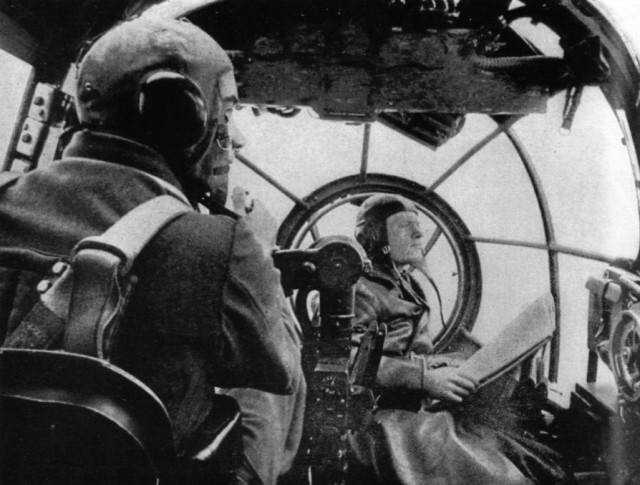 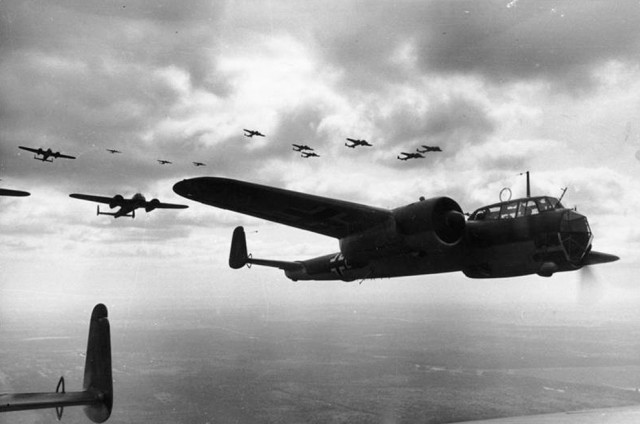 A formation of German Dornier Do 17Z light bombers, flying over France on June 21, 1940. 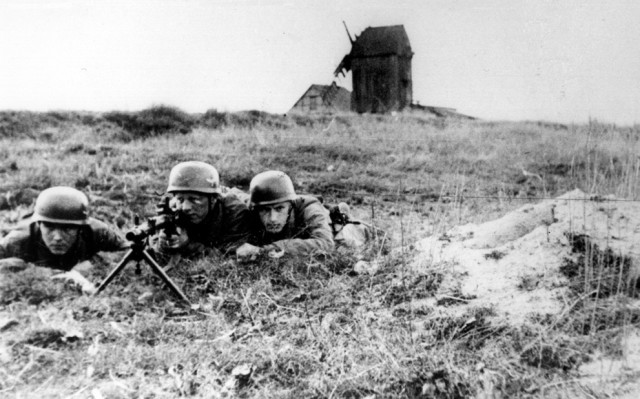 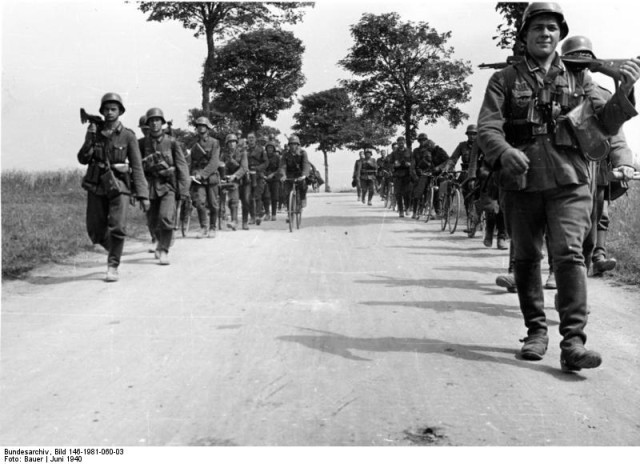 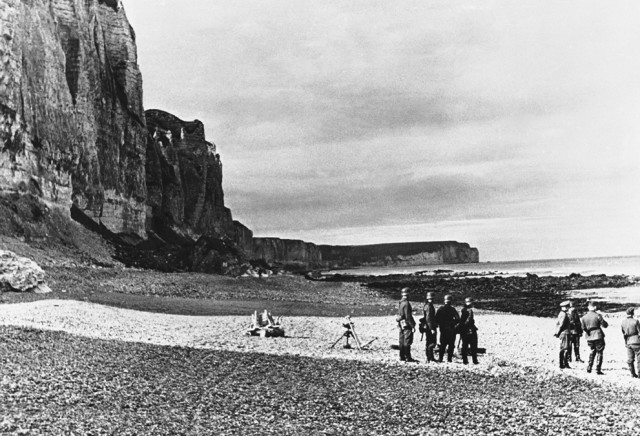 Heavy mortars of Hitler’s Army are set in position under cliffs on the French side of the English Channel, at Fecamp, France, in 1940, as Germany occupied France and the low countries. 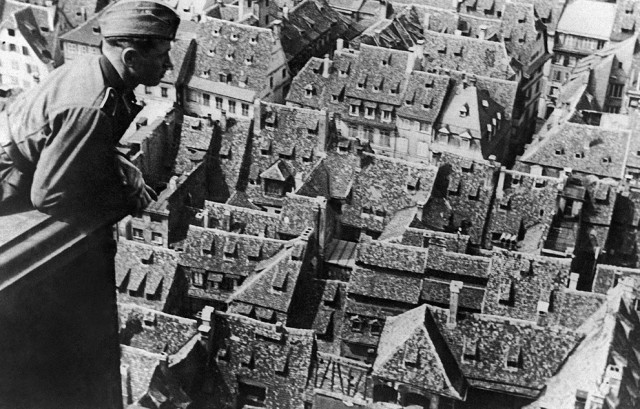 A German soldier stands in the tower of the cathedral, gazing down upon the captured French city of Strasbourg on July 15, 1940. Adolf Hitler visited the city in June of 1940, declaring plans for the Strasbourg Cathedral, stating that it should become a “national sanctuary of the German people.

German bombs miss their targets and explode in the sea during an air raid on Dover, England, in July 1940. 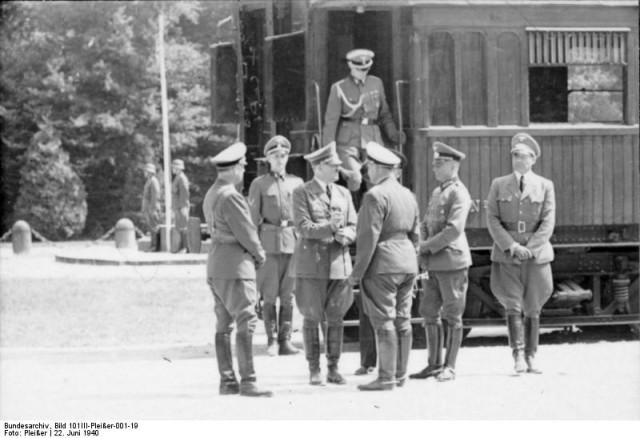 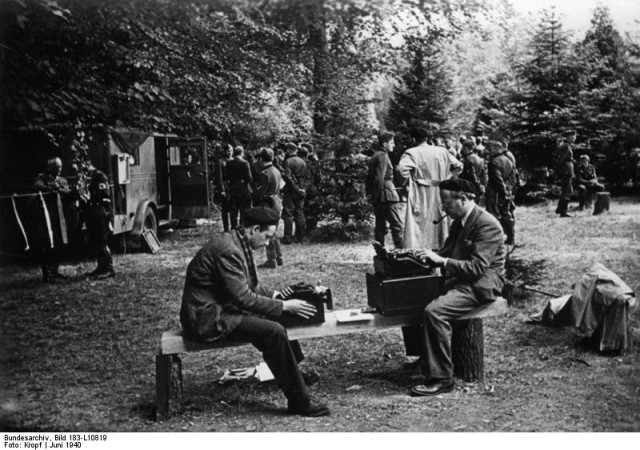 William Shirer and another journalist reporting on the French surrender, Compiègne, France, 21-22 Jun 1940 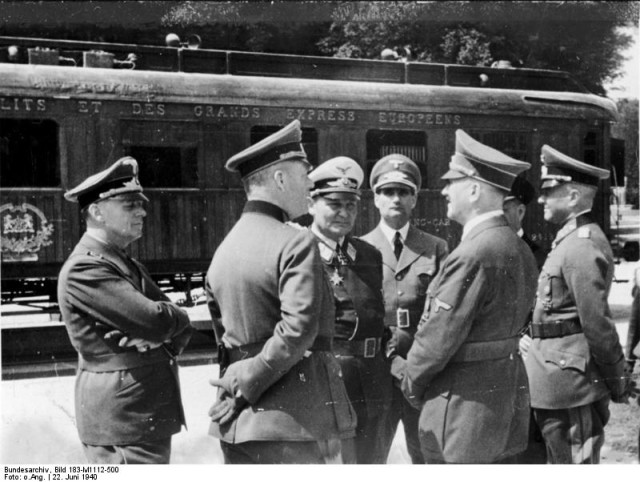 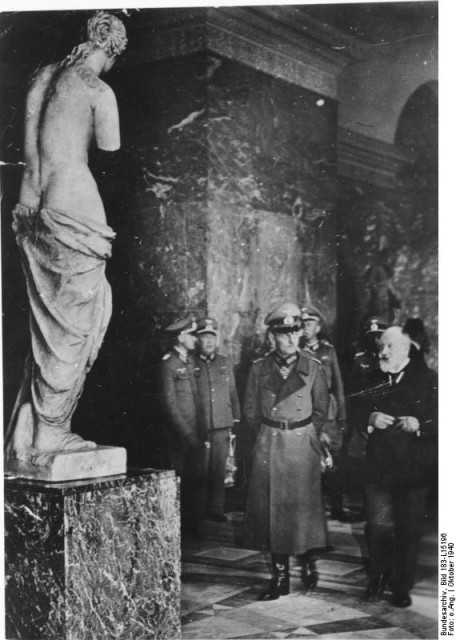