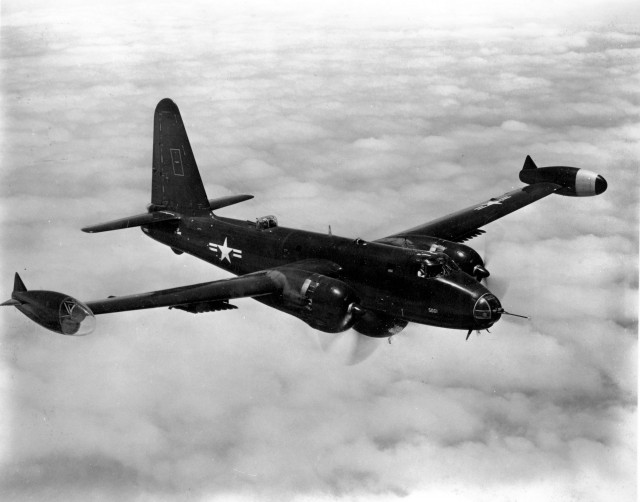 Call it a miracle, sheer luck or the present mindedness of the pilot, June, 22 1955 marks a very significant day in the US Air Force as a recon mission during the height of the Cold War nearly ended in tragedy. Lt. Richard Fisher piloting the recon aircraft P2v-5 Neptune could not believe his ears when he heard that a swarm of Russian MiGs was firing upon their aircraft. At 8,000 feet over waters close to St. Lawrence Island and clearly in the US airspace, Fisher had to face a pilot’s worse nightmare.

It was the pre high-tech radar system era, and in order to locate the Soviet positions in the Diomedes, US Air force had to conduct recon missions to gather as much information as possible. The projects require a plane big enough to carry a number of men and heavy electronic equipment with an ability to fly extended periods of time. The Neptune was the obvious choice and Lt. Richard Fisher along with his navigator David Assard were experienced recon operatives who were given the task to collect info near St. Lawrence.

A hail of 23 and 37 mm canon rounds ripped through Fisher’s Neptune injuring almost everyone in the aircraft damaging one of the engines and disrupting the electric supplies to almost all the controls. By the time Fisher realized the seriousness of the situation, eight MiG’s were firing at them from various formations determined to bring the plane down. In the heat of the moment and amid the obvious panic inside the plane, Fisher went for an audacious maneuver and dived into a thick patch of clouds nearby. His movement was so sudden that Russian fighters assumed that the plane was going to crash, so did most of Fisher’s crew.

The Neptune was losing altitude pretty fast; Fisher switched fuel tanks to the last remaining engine in order to avoid ditching the plane in the ocean. Fisher knew that his crew would barely survive the impact, but the exposure and frigid waters could kill them in matter of minutes before any help could arrive. With only one intact wing and the remains of another and limited engine functions, Fisher managed to bring the aircraft to nearby island and crash-landed it on the nearest flat piece of land he could find.

David Assard recalls the landing as smooth and a massive sigh of relief considering the condition of the aircraft. However immediately after the hard landing the rear of the plane caught fire, all the crewmembers managed to escape and took shelter in a nearby ditch, while the ammunition and remaining fuel exploded the aircraft into smithereens, the Alaska Dispatch News reports.

Lt. Fisher, Assard and almost every one on board was wounded with serious injuries and broken bones, and they could not figure out where they were. While they feared the worse i.e. they landed on the Russian territory, they saw a few armed men approaching them on a small boat. Luckily the men belonged to the Alaska National Guards, who were alerted by some St. Lawrence locals who heard the plane coming in and assumed something was wrong.

Fisher and Assard along with all the crew onboard Neptune lived through the ordeal however a many airmen lost their lives against Soviet missiles while conducting recon missions all over the world. Some historians criticized the US Air force for putting soldiers at risk by sending them to Russian territory knowing they could be shot down. Fisher’s case was unique in the sense that Soviets apologized for downing a US plane on US territory; a handsome sum was paid to US Air Force for the loss of the plane and airmen’s injuries.