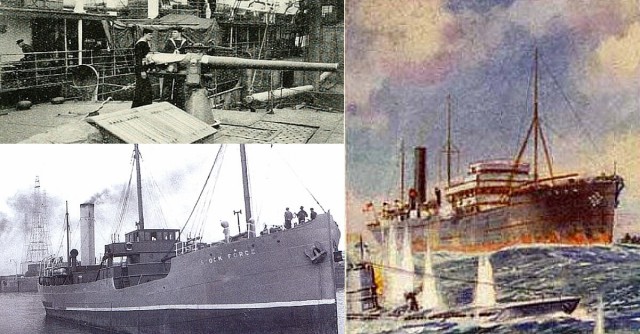 HMS Stock Force’s “panic party” was duly deployed, under the command of a Lieutenant Workman, who had already sustained an injury in the initial strike. In small boats, he and his men commenced to row away from their damaged ship. Half a mile away the threatening shape of the German submarine rose to the surface.

The captain, Lieutenant Harold Auten, remained at his post. The crews of the HMS Stock Force’s two undamaged guns stayed hidden. For about a quarter of an hour, all was quiet. In the shattered bow, one member of the gun crew lay trapped under the wreck of the foremost gun. The water was rising around him, but he and the rest of the crew knew that any attempted rescue would risk shattering the illusion which they had so far successfully maintained.

Still Lieutenant Auten did not give the order to fire. The submarine drew along the port side of the stricken vessel, but only when it was perfectly aligned into the range of both of HMS Stock Force’s surviving guns did Lieutenant Harold Auten finally break his cover and give the order to open fire. It was a full forty minutes since the initial torpedo strike. 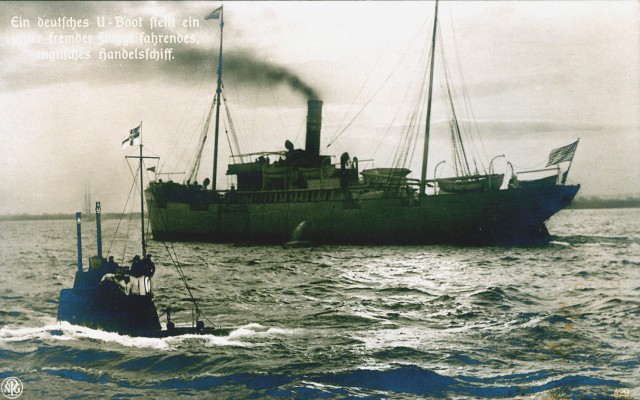 Lieutenant Auten was 27 years of age in July of 1918. Usually he was known as a pleasant fellow with a welcoming manner and an easy smile, but he was not smiling now. His mouth was set, and his eyes were hard as he watched the efficient destruction which his hidden guns now wreaked upon the German submarine. HMS Stock Force fired once, twice, three times. The hunter became the hunted, the predator became prey.

The sea poured in through the gaping hole at the submarine’s waterline. Unable to retaliate, the U-boat’s bow lifted up out of the water as the stern sank back. The gunners on the ‘Stock Force’ pounded a relentless barrage of shells into the sinking vessel, until at last it disappeared beneath the waves, defeated.

It took nearly four hours for HMS Stock Force to succumb to the incredible damage sustained in the initial torpedo attack. Her crew worked flat out to keep her afloat while they awaited rescue, which arrived at last in the form of a trawler and two torpedo boats. As the rescued men looked on, their damaged ship finally went down with her colours flying proudly, victorious.

The captain, Lieutenant Auten, had behaved coolly and sensibly throughout the action, and had achieved victory by combining all the potential of the Q-boat’s subterfuge tactics with his own bravery and that of his crew. The Q-boats were a closely guarded secret during the war, and so when Lieutenant Auten was honoured with the Victoria Cross, soon after the action and with the war still ongoing, very little detail was given out about the reasons for the award.

His reputation grew after the war, though. He wrote a book about the Q-boats and even starred in a silent film about the ‘Stock Force,’ in which he played himself. He returned to the Royal Navy to serve in World War II where he again gave distinguished service.

In 2013 the wreck of the HMS Stock Force was discovered by divers.