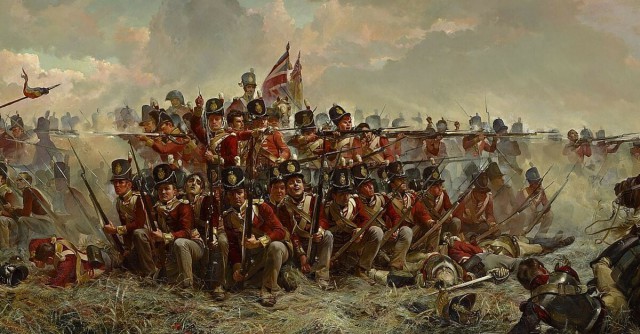 From the dawn of military history, infantry have provided the backbone of armies the world over.

The first step in the transformation of individual warriors into uniformed, disciplined infantry took place in the city-states of ancient Mesopotamia, now Iraq. Around 2500 BC, city states such as Lagash and Ur began to equip their fighting men with matching equipment. Protected by shields and helmets, their spears formed a hedge of deadly points that held opponents at bay.

These Mesopotamian phalanxes set a precedent that would spread outward and be imitated by other ancient civilisations. By equipping their men with identical weapons, the rising nations of the ancient world could ensure reliable armies that fought with the best tools available to them. And for the first time, infantrymen began to emerge as a distinct group. 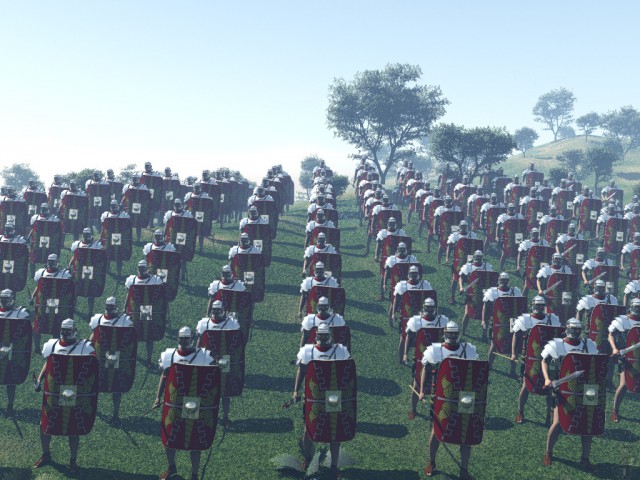 It was Rome’s legions that made it great, transforming a small Italian city-state into an empire that stretched from northern Europe to the Sahara, from the Atlantic to the Middle East. This was made possible by a new sort of soldier – the disciplined and well-equipped legionary.

The Roman legion as we remember it was born in the Marian reforms of 107 BC. Under the leadership of general and statesman Gaius Marius, the Roman army began to recruit from the common ranks of society, not just the wealthy elite. This increased both the manpower and the professionalism of the army.

Marius’s reforms included re-organising and re-equipping the troops. A permanent organisational hierarchy including cohorts and legions was put into place. Soldiers were made responsible for carrying their supplies of food and other equipment along with their armour and weapons, earning them the nickname of “Marius’s mules”.

The Roman army had a degree of uniformity no others had managed. From his hob-nailed sandals to his bronze helmet, the legionary was equipped exactly like his comrade. They lived, marched and fought together, and they all did so in the same way. On arriving at a new site to make camp each night, the legionaries would work together to assemble defensive earthworks. They were the strong sinews of the war machine, not just its glamorous flashing blade.

Ruled by strictly enforced discipline, these men formed a formidable fighting machine, showing that uniformity and discipline could be more powerful than the old ideal of individual courage. 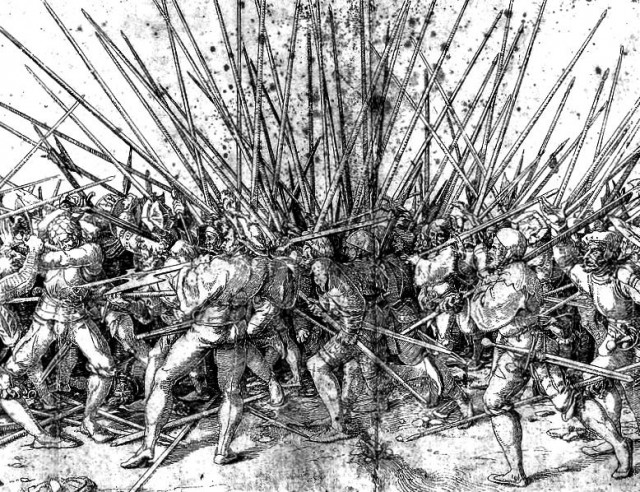 For nearly a thousand years following the fall of the Roman Empire, warfare in Europe was dominated by cavalry. Though infantry made up the majority of every army and were sometimes able to defeat the cavalry, men on horses were both the icon of battle and its hard fighting core.

This began to change in the early 14th century, and though the change could be seen from the Scottish borders to the ruins of the Crusader states, it was exemplified by the famed Swiss pikemen.

These men, who made up the armies of the Swiss Confederation, had a psychological strength that came more from stubbornness than professional discipline, determined not to let outside rulers cause trouble for their homeland. They also had the weapons to back this up. Twenty-foot pikes were the weapon of the majority of men in their formations, preventing cavalry charges from getting close to them and holding enemy units at bay. Within this wall of deadly points were men with shorter, heavier weapons – halberds, spiked clubs and two-handed swords – ready to hack down any enemies who got close.

At Morgarten in 1315, Laupen in 1339 and Morat in 1486, the Swiss proved that infantry was once again the dominant force on the battlefield. Their pikes, alongside ever more sophisticated gunpowder weapons, would fill the battlefields of the 16th and 17th centuries.

The French Revolution of 1789 put France at odds with many of its neighbours and even its citizens. Attacked on many fronts, the government found itself running out of men and resources with which to fight. From this was born the first mass conscription of modern times – the levée en masse.

Introduced on 23 August 1793, the levée en masse made all able-bodied men aged 18 to 25 eligible for military service. By bringing such a large part of the national population into the military, the conscription transformed the infantry who made up most of the French army. They were now ordinary men, bound together by military experience and their duty to their country. The simplicity of using a musket allowed them to be turned into an effective fighting force.

For the next century and a half, this would be the face of the infantry – vast masses of troops fighting in formation, ordinary men fed into the grinder of war.

Throughout military history, the successful infantry had fought in large, united blocks. Shoulder to shoulder, they prevented their opponents from coming close. There was strength and safety in a densely packed formation, which also gave them greater striking power.

With the Great War, this came to an end.

At the outbreak of war in 1914, millions of infantrymen were flung into action in the same massed blocks they had used for centuries. In the face of overwhelming firepower from artillery and machine guns, they died in droves. Millions were left dead in the mud of the Western Front and scattered across the battlefields of the Eastern Front.

Though the generals leading this war have gone down in infamy for their reluctance to abandon the old ways, the First World War eventually brought a huge change in the way infantry fought. After four and a half millennia, massed blocks and phalanxes were finally abandoned. With a gun in hand, the 20th-century infantryman returned to loose formation fighting, in which individual action became as important as massed discipline.

In the face of technological change, infantry have once again been transformed.