72 years after D-Day, the successful invasion of France has been featured in countless movies, series and computer games. Because we know you don’t have time to watch them all, we’ve selected the 5 best ones for you here! 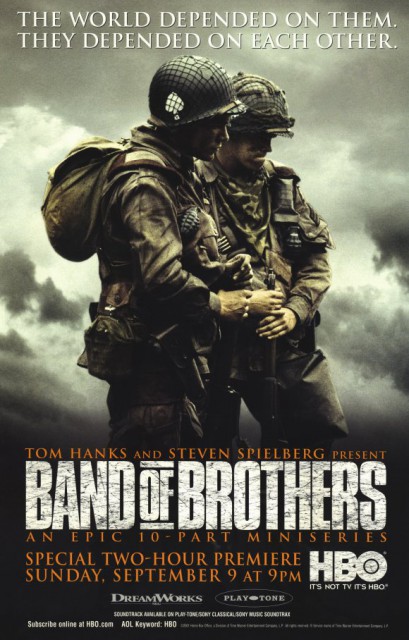 The HBO series dramatizes the history of the “Easy” Company (part of the 506th Parachute Infantry Regiment, 101st Airborne Division) from jump training in the U.S. through its participation in major actions in Europe, and up until the war’s end. The events portrayed are based on Ambrose’s research and recorded interviews with Easy Company veterans.

The first 3 episodes focus on the airborne side D-Day invasion, first the preparation and training, then D-Day with the attack on the German gun battery at Brecourt Manor. In the third episode,, the objective is to widen and link up the bridgeheads culminating in the attack on Carentan and the subsequent German counter attack.

Being not a movie but a miniseries and only focusing on the American airborne side, it ends up on the 5th place. 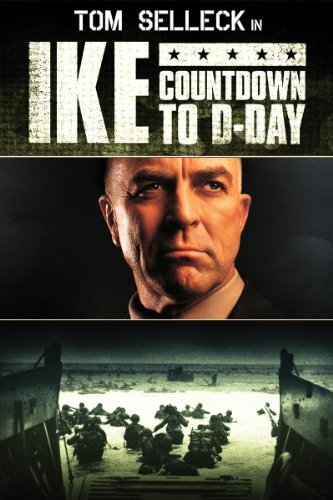 This is not one of the most well-known movies about the Normandy invasion and it’s rather difficult to imagine Tom Selleck as the mustache-less supreme commander of all allied forces, but somehow he manages to pull it off.

There are no action sequences in this movie; it focuses on the inner workings of SHEAF, Supreme Headquarters Allied Expeditionary Force which led to a successful invasion on French soil.The movie, of course, focusses on General Eisenhower and the decisions he had to make and the resulting pressure he had to cope with. The relationship with  British Prime Minister Winston Churchill and his Chief of Staff Lieutenant General Walter Bedell Smith, US Army play an important role in the movie.

What sets this movie apart from others is that it portrays General Montgomery as a competent military professional and not only focus on his personality disorders. His egocentricity and quirks are of course not left out of the movie.

Telling the story of the commander behind the invasion and ending on the eve of D-Day, this movie ends up on the number 4 spot. 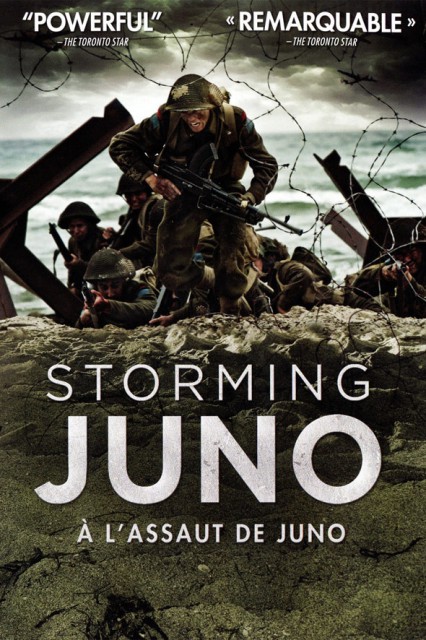 On the number 3 spot, we have Storming Juno, a film based on the remarkable and determined actions of a handful of young Canadian men who stormed Juno Beach.

June 6th, 1944, the Western Allies invaded occupied France in Operation Overlord, and Canada was a major participant. One of the five invasion beaches was Canadian, codenamed Juno Beach. This film depicts the true stories of a number of Canadian soldiers in the invasion from the perspective of different roles in the military; paratroopers, tank crews, and regular infantry.

Braving misfortune and ferocious German resistance, these Canadians fought to bring the fight to the Nazis in Western Europe at last, and they won. 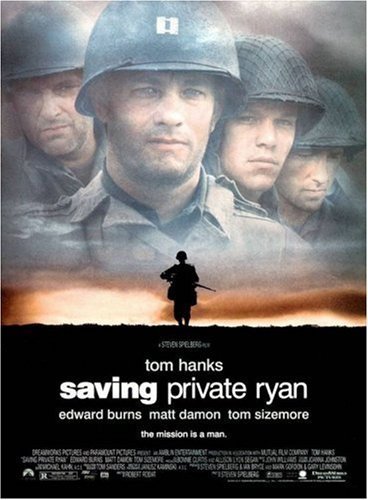 Omaha Beach was the name given to one of two positions where U.S forces landed in Normandy on D-Day, 6 June 1944.  The action in the opening scene is indeed very close to actual historical events. As shown in the film, many soldiers suffered from sea sickness. Many were shot even before they could reach the shore. Once ashore it was difficult to join up with other units on account of the heavy enemy fire. German machine guns in fortified positions shot at them, and they were continually shelled by artillery.

Spielberg meant to honor those who fought, and so he did not want the battle to look romantic as many World War II war films before had done. He wanted to show the real suffering and intense emotion of the soldiers. 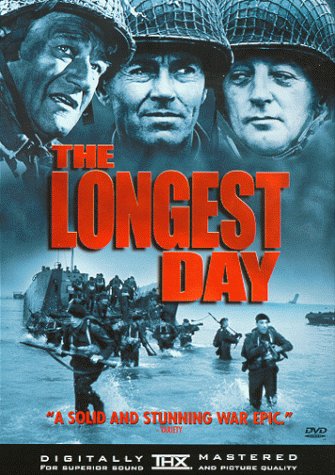 Number one in this top 5 can go to no other movie than The Longest Day, which takes in the entire invasion, all nationalities and battles this is the definitive movie about D-Day, it is also the longest movie! 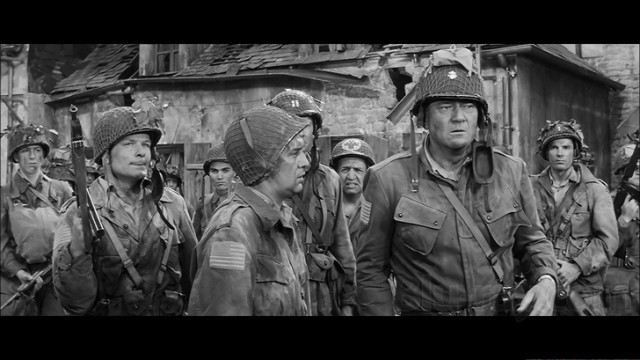 A lot of these actors played roles that were not much more than cameo appearances. Far more interesting, a number of the cast members saw active service during World War II, this includes Jne Fonda, Leo Genn, Kenneth More and Rod Steiger.  The most remarkable actor was Richard Todd who actually was among the first British officers to land in Normandy on D-Day and he, in fact, took part in the assault on Pegasus Bridge to relieve the Paratroopers.

Another poignant fact is that all German and French characters speak in their own language with English subtitles, very rare for a World War II movies of that time.