Every country with a major involvement in World War I and II produced war propaganda posters. The U.S. alone produced hundreds of different posters with wide-ranging messages. And these posters certainly weren’t geared to just enticing new recruits to the Army and Navy. The themes and content of these posters called just about every American to action in some way or another.

The themes and content of these posters called just about every American to action in some way or another. 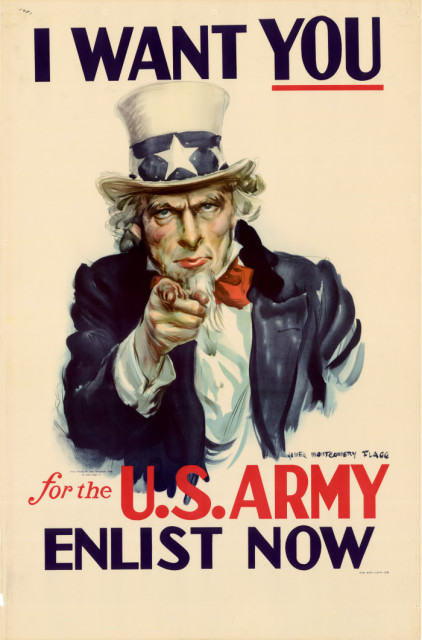 There seemed to be something everyone could do and a sentiment targeted towards every heart. Some of these posters seem to be rather bizarre to modern eyes.  They are, at least, from an extremely different time than today.

Looking through history in these pieces of propaganda shows a very different age in the US. When the nation went to war, everyone was asked to contribute.

Of course, many posters were published just to recruit more troops… 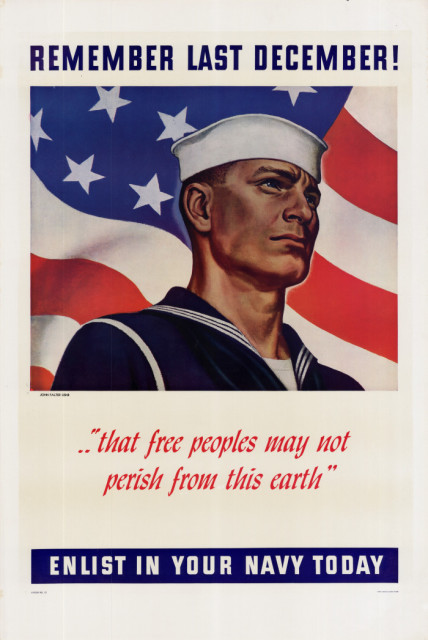 Men weren’t the only people asked to serve their country….

Many posters highlighted ideals and romanticised the U.S. and their war effort.

In the U.S., a lot of posters focused on how important industry was to the war…

In both Word War I and II, frugality and allocation of resources was key…

War bonds to fund the campaigns were also needed…

There were also posters reminding people not to be snitches…

For a great collection of U.S. propaganda posters, visit this database from the University of North Texas.