Imperial Japan announced its surrender on August 15, 1945. The surrender was formally signed a few weeks later, on September 2, 1945, halting the hostilities of the Second World War. Let’s look at the events that led to the surrender. 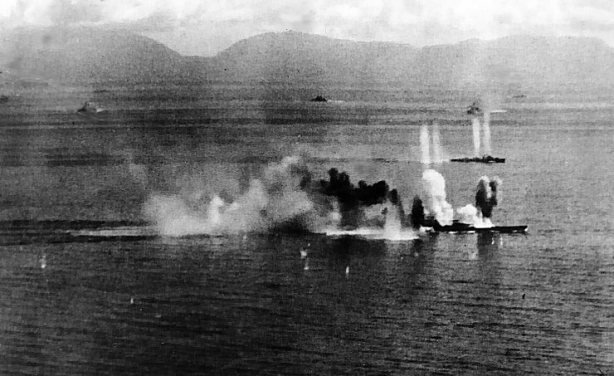 The Allies—the U.S., China, and the U.K.—had decimated the Imperial Japanese Navy by the last week of July 1945 and an invasion of Japan by the Allies was imminent. On July 26, 1945, in their Potsdam Declaration, the Allies called for the unconditional and absolute surrender of Japan’s armed forces. Japan was given only one alternative: prompt and utter destruction.

Japan’s leaders, better known as the Big Six or the Supreme Council for the Direction of the War, publicly stated their intention to fight till the very end. But their real intention was different. They were privately making pleas to the seemingly neutral Soviet Union to step in and mediate peace on favorable terms for Japan.

Meanwhile, the Soviets were working overtime—secretly—to attack Japanese forces in Korea, Manchuria, Kurile Islands, and South Sakhalin. Well, so much for neutrality! These planned attacks were essentially to fulfill the secret promises that the Soviet Union had made to the US and UK at the conferences in Tehran (November 1943) and Yalta (February 1945).

The Allies’ veiled threat of “Prompt and utter destruction” did not move the Japanese. For 10 days, Japan did not act decisively. So, on August 6, 1945, the US dropped the “Little Boy,” an atomic bomb, over Hiroshima at 8:15 am local time. Harry S. Truman, the American President, called for Japan’s surrender 16 hours later. He categorically warned them asking them to be prepared for utter ruin as had never been witnessed on the planet, in case, they did not surrender.

The next day, on August 9, 1945, the US dropped the “Fat Man,” another atomic bomb on Nagasaki, one of Japan’s seaports. The original target had been Kokura, but bad weather had forced the pilot to settle for the secondary target.

These events forced Emperor Hirohito to intervene. He immediately ordered the Supreme Council to accept the Allies’ Potsdam Declaration. But it was only on August 15, 1945, a full six days later, that Emperor Hirohito made a radio announcement across the Empire. This delay was essentially due to a failed coup attempt and last ditch behind-the-scenes negotiations. The announcement of the Japanese surrender to the Allies was clear. Two weeks later, on August 28, 1945, the occupation of Japan by the Allies began.

The Surrender of Japan 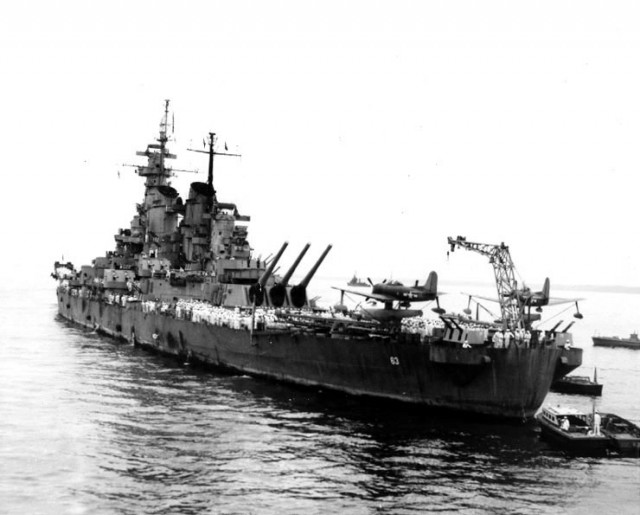 September 2, 1945, is a historic day. On this day, the Japanese surrender ceremony was held aboard the USS Missouri, a US Navy battleship. Japanese government officials signed the document entitled Japanese Instrument of Surrender. For the Allied Powers, representatives from the US, UK, China, Soviet Union, Canada, Australia, New Zealand, France, and Netherlands signed the instrument of surrender. 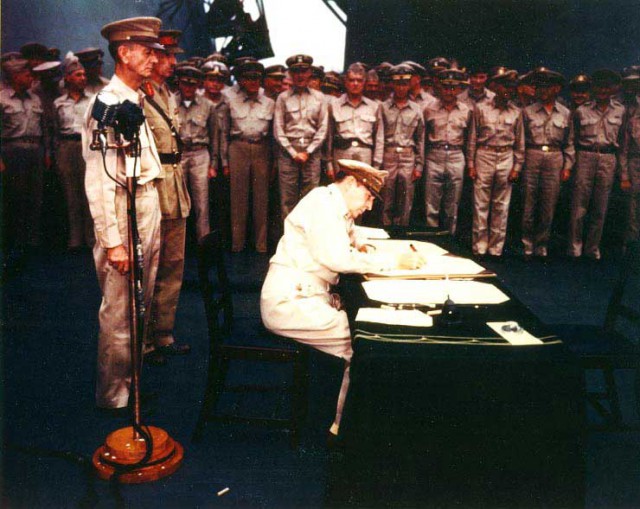 “Unconditional Surrender” was mentioned only at the conclusion of the declaration.

The role of the atom bombs in Japan’s surrender, as well as the ethics of the two atomic attacks is debated even after 70 years. Some argue that the declaration of war on Japan by the Soviet Union would by itself have ended the Second World War in a few weeks or months. But the Allies weren’t willing to take any chances. Millions of lives had already been lost in the war, and all the leaders were keen on ending WWII. Many reiterate that The Little Boy and The Fat Man probably saved millions of lives.