This is the part of an already incredible story where one might start to wonder if we’re taking this from WWII or some Hollywood fantasy! The captured American soldier, making a desperate bid to return home meets a female captain leading tanks for the Red Army to avenge her destroyed home where her husband and entire family were killed during the German invasion. 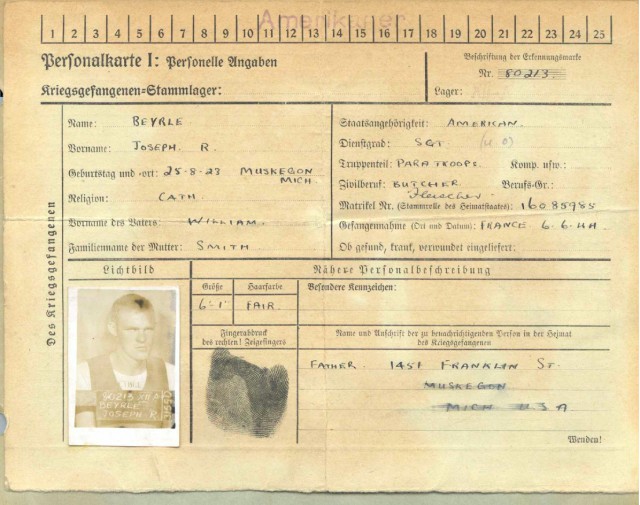 In early February, Beyrle was wounded in an attack by German bombers and transported to a hospital in Poland. There, Soviet Marshal Georgy Zhukov, understandably interested in the only American in the hospital, came to speak with him and learn his story. The General soon gave Beyrle official papers he needed to locate and rejoin U.S. troops.

It is interesting to wonder if he ever thought of his old comrade, Samusenko, the woman who saved his life. Sadly, she died some 70 km outside of Berlin, run over by friendly tank caterpillar tracks in the dark. Beyrle had said she was a symbol for Russian courage and fortitude. He, undoubtedly, is a symbol of the same for the Americans.