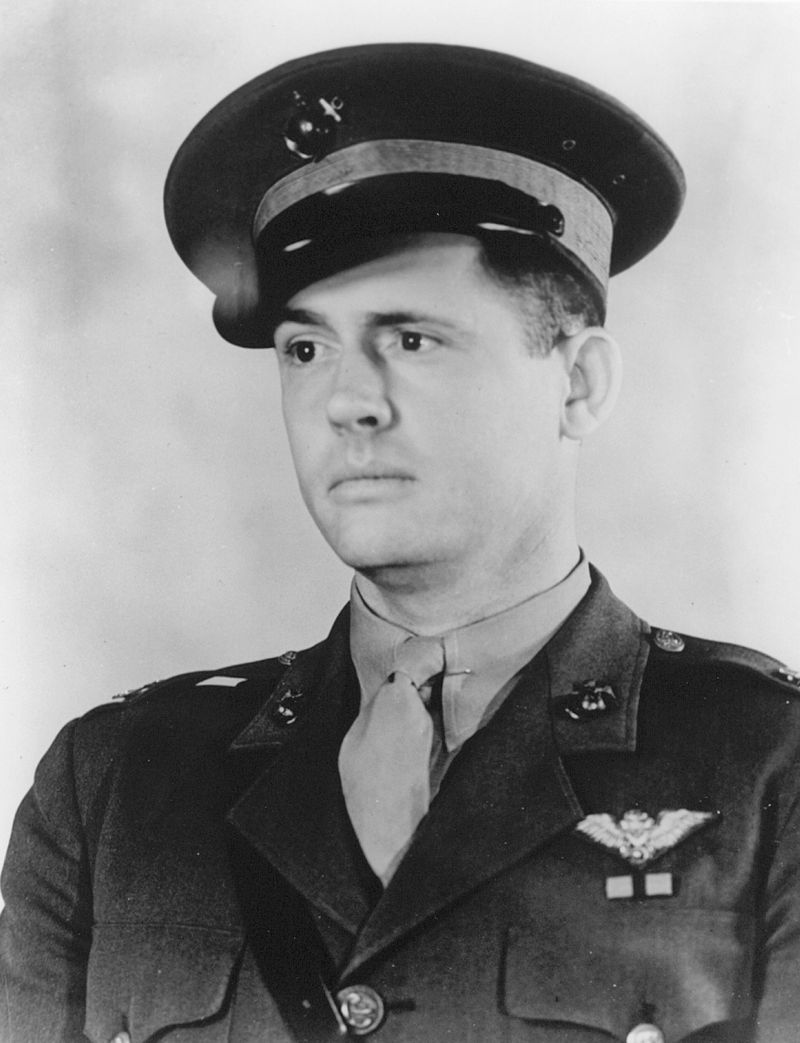 Henry Talmage “Hammerin’ Hank” Elrod (September 27, 1905–December 23, 1941) was a US Marine Corps aviator. He was the first aviator to receive the Medal of Honor during World War II, for his heroism in the defense of Wake Island.

Elrod was born on September 27, 1905, in Turner County, Georgia. He enlisted in the Marine Corps in December 1927, and was appointed a Marine second lieutenant in February 1931. He attended the University of Georgia and Yale University prior to his entry into the Marine Corps.

Following over a year at the Marine Corps Basic School in Philadelphia as a student aviator, Lieutenant Elrod was ordered to the Naval Air Station Pensacola, Florida. There he served as a company officer and as student aviator. In February 1935, he earned his wings and was transferred to Marine Corps Base Quantico, where he served as a Marine Aviator until January 1938. In addition to his other duties, he was his squadron’s school, personnel, and welfare officer.

In July 1938, Elrod was ordered to a squadron in San Diego and served as their material, parachute, and personnel officer until January 1941, when he was detached to the Hawaiian area.

On December 4, 1941, Captain Elrod flew to Wake Island with twelve aircraft, twelve pilots, and the ground crew of Major Paul Putnam’s fighter squadron, VMF-211. Hostilities in the air over Wake Island commenced on December 8, 1941. On December 12, he single-handedly attacked a flight of 22 enemy planes and shot down two. He executed several low-altitude bombing and strafing runs on enemy ships; during one of these attacks, he became the first man to sink a warship, the Japanese destroyer Kisaragi, with small caliber bombs delivered from a fighter aircraft, dropping the bombs onto the Destroyer’s stern, causing the Depth Charges to explode.

When all the U.S. aircraft had been destroyed by hostile fire, he organized remaining troops into a beach defense unit which repulsed repeated Japanese attacks. On December 23, 1941, Captain Elrod was mortally wounded while protecting his men who were carrying ammunition to a gun emplacement. 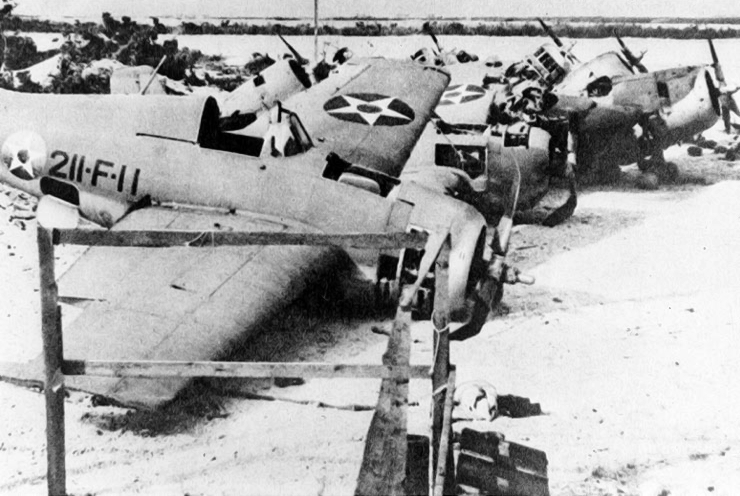 Wreckage of Wildcat 211-F-11, flown by Capt Elrod on December 11, in the attack that sunk the Japanese destroyer Kisaragi

He was posthumously promoted to Major on November 8, 1946, and his widow was presented with the Medal of Honor for his heroic actions during the defense of Wake Island. His widow is also a former commissioned officer in the United States Marine Corps.

Major Elrod was initially buried on Wake Island, but was reinterred in Arlington National Cemetery in October 1947. His grave can be found in Section 12, Grave 3246.

Surviving aircraft parts
Parts of Maj. Elrod’s F4F-3 Mike Fox 11 (BuNo. 4019), including the aircraft’s cowling nose ring, tail-hook, and propeller, were believed to have been used in a memorial constructed on Wake Island. When the memorial was dismantled around 1965 the aircraft parts were sent to the Marine Corps Museum. When the National Air and Space Museum restored its FM-1 Wildcat the only cowling nose ring that could be located was the one taken from the Wake Island memorial. This part, still bearing battle damage, was incorporated into the restored FM-1 now on display in Washington, D.C.

Posthumous honors
The main road leading in to the Marine Corps Officer Candidate School is named after Elrod. The City of Ashburn, the County Seat for Turner County, has built an outdoor park on E. Washington Avenue. The park and a building next door will be dedicated to Mr. Elrod on Oct. The building will be the Henry Elrod Welcome Center and will be available for public use. A City park in the City of Rebecca in northeast Turner County is also named for Elrod. He grew up near Rebecca. The U.S. Navy Oliver Hazard Perry-class frigate, USS Elrod (FFG-55), is named in his honor.

A street on board the Marine Corps Air Station, Miramar, California, at San Diego, is named after Elrod.

For conspicuous gallantry and intrepidity at the risk of his life above and beyond the call of duty while attached to Marine Fighting Squadron TWO HUNDRED ELEVEN, during action against enemy Japanese land, surface and aerial units at Wake Island, from 8 to 23 December 1941. Engaging vastly superior forces of enemy bombers and warships on 9 and 12 December, Captain Elrod shot down two of a flight of twenty-two hostile planes and, executing repeated bombing and strafing runs at extremely low altitude and close range, succeeded in inflicting deadly damage upon a large Japanese vessel, thereby sinking the first major warship to be destroyed by small caliber bombs delivered from a fighter-type aircraft. When his plane was disabled by hostile fire and no other ships were operative, Captain Elrod assumed command of one flank of the line set up in defiance of the enemy landing and conducting a brilliant defense, enabled his men to hold their positions and repulse determined Japanese attacks, repeatedly proceeding through intense hostile fusillades to provide covering fire for unarmed ammunition carriers. Capturing an automatic weapon during one enemy rush in force, he gave his own firearm to one of his men and fought on vigorously against the Japanese. Responsible in a large measure of the strength of his sector’s gallant resistance, on 23 December, Captain Elrod led his men with bold aggressiveness until he fell, mortally wounded. His superb skill as a pilot, daring leadership and unswerving devotion to duty distinguished him among the defenders of Wake Island, and his valiant conduct reflects the highest credit upon himself and the United States Naval Service. He gallantly gave his life for his country.